Youngest Presidents in the World

The world may not know, but these are some of the youngest presidents in the world. With the majority of them not bearing the title of a president, however, they are heads of state. The youngest of them all would shock you. Unlike the oldest president in Africa and Nigeria’s current leaders, the people on this list are young.

Vanessa D’Ambrosio was Captain Regent of San Marino, serving from April until October 2017 (alongside Mimma Zavoli). She was born on the 26th of April 1988, making her 28 at the time she resumed office and the youngest leader/president in the world. Vanessa D’Ambrosio was born in Borgo Maggiore, San Marino. The young leader graduated with a thesis on the economy of labour and the gender issue in Saudi Arabia after the Gulf crisis from the University of Bologna. She is the granddaughter of Francesco Berti, one of the founders of the Communist Party of San Marino. She was elected to the Great and General Council back in 2014. She was appointed to become a coordinator for the United Left. Records reveal that Vanessa D’Ambrosio is the second youngest woman who becomes Captain Regent in the history of San Marino after Maria Lea Pedini-Angelini, who was sworn in at the age of 25. Since December 2016, D’Ambrosio is the Head of Delegation for San Marino to the Council of Europe. She participated in the Strasbourg Plenary Session in January 2017, where she signed a motion for the protection of migrant children through education.

Kim Jong Un is the most popular young leader in the world. He is s a North Korean politician serving as leader of North Korea since 2011 and Leader of the Workers’ Party of Korea since 2012. Born 8 January 1983, he is the second youngest president in the world at just 35 years old. Forbes magazine ranked Kim as the 46th most powerful person in the world in 2013 and the third highest amongst Koreans after Ban Ki-moon and Lee Kun-hee. With not much information about his early life, Kim Jong Un is known to be one of the sternest leaders in the world. He may be young but he is authoritative. Following the death of his father, Kim Jong-un was hailed as the “great successor to the revolutionary cause of Juche”, “outstanding leader of the party, army and people” and “respected comrade who is identical to Supreme Commander Kim Jong-il.

Sheikh Tamim bin Hamad Al Thani was born 3 June 1980. He is the current Amir of Qatar. He is the fourth son of the previous Amir, Hamad bin Khalifa Al Thani. He became the 8th Amir of Qatar on 25 June 2013 after his father’s abdication. Tamim has held a variety of government posts within Qatar and has worked to promote numerous sporting events within the country. As of 2018, Tamim is the youngest reigning monarch among the GCC countries at 38 and the youngest current sovereign worldwide. Tamim bin Hamad was born in Doha, Qatar. He is the fourth son of Sheikh Hamad bin Khalifa Al Thani. The young leader attended Sherborne School (International College) in Dorset, United Kingdom and Harrow School, where he sat his A-Levels in 1997 He then attended the Royal Military Academy Sandhurst, graduating in 1998. With a fine military career and time as his country’s leader, he is the third youngest president in the world.

Jigme Khesar Namgyel Wangchuck was born on the 21st of February 1980, making him 38 years old and the 4th youngest leader/president in the world. Wangchuck is the current reigning Druk Gyalpo or “Dragon King” of the Kingdom of Bhutan. After his father abdicated the throne in his favour, he became King on 9 December 2006 at just 26. A public coronation ceremony was held on 6 November 2008, an auspicious year that marked 100 years of monarchy in the Kingdom of Bhutan. The young king attended Yangchenphug High School, Bhutan, where he completed his secondary education. Khesar studied abroad after that at the Phillips Academy Andover with the Class of 1998 after which, he transferred to Cushing Academy where he finished high school and attended college at Wheaton College, all in the United States, before graduating from Magdalen College, University of Oxford, where he completed the Foreign Service Programme and International Relations. 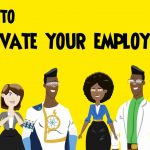 How to Motivate Your Employees 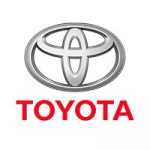