Tribal marks as the name implies are scars, designs or cuts peculiar to a tribe. Yoruba tribal (locally called ila) marks are inscribed by cutting or burning the skin at childhood. These marks have various meanings, formerly used as a mode of identification during the slave trade amongst Yorubas in Nigeria, Benin and Togo, without tribal marks one was not considered a full member of the Yoruba society. Tribal marks define a part of the Yoruba heritage and culture. Individuals who did not have tribal marks were referred to as ‘Okola’. The tribal marks made it easy to identify your clan during and after wars, invasions, slave trade etc. Also, tribal marks were used to recognize children considered to be ‘Abiku’, ‘born to die’. Ladies with tribal marks were well sought after and married off with huge bride prices.

A then form of beautification is considered a barbaric act amongst many today. Tribal marks are done using a razor or form of the blade to make incisions and local dye/pigment rubbed on it to darken the cuts. With the growth in literacy, use of names and ever-evolving culture, the majority see no need for tribal marks anymore. It has been realized that tribal marks are in fact mutilation and should not be encouraged as it can lead to infections, bullying and the likes. Marking a child’s face is now prohibited by law in some western states. Violators are subject to fines and possible imprisonment.

History is still visible on the older generation and numerous millennials as they still have tribal marks. Here are some tribal marks unique to Yoruba culture.

The Owu tribal marks consist of six or more incisions one each cheek. These marks are unique to indigenes of Owu kingdom in Egba land, the land we know as Abeokuta today, in Ogun State. These incisions come in form of three vertical incisions above 3 horizontal cuts.

Gombo Tribal Marks are long incisions traced down from the side of one’s head along the jawline to the corner of the mouth on both sides of the face. This mark is commonly seen on the Ogbomoso people of Oyo State.

The Pele tribal marks are unique to indigenes of Ife and Ijebu. This tribal mark style consists of three lines on each cheek. Pele comes in variants, Pele Ife which is peculiar to nates if Ile Ife, Pele Ijebu, and Pele Ijesha, which are unique to Ijebu and Ijesha natives respectively.

Tribal marks which are most visible among indigenes of Ondo state are referred to as ‘Soju’ and ‘Jaju’. The Soju marks are inscribed by cutting vertical lines on the cheek, beside the nose, running down to the mouth. Jaju marks consist of a single vertical mark on each cheek.

Can you recognize your brother or sister by his or her tribal marks alone? 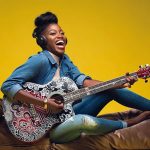 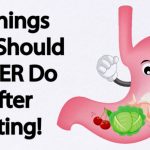 7 Things Not to Do After A Meal