Wizkid is the one and only Star boy and one of the biggest music acts out of Africa right now. Every Wizkid album is filled with songs that send a different type of chill down your spine each time it is played. Star boy worldwide is not just a brand but a movement. Wizkid was born Ayodeji Ibrahim Balogun on the 16th of July 1990 in Surulere, Lagos to a Christian mother and a Muslim father. He is a Nigerian singer and songwriter. In his interfaith household, Wizkid gree up with twelve sisters. He started singing at the age of 11 and at the time he went by the stage name ‘Lil Prinz’ until 2006. Growing up the star boy listened to legends like King Sunny Ade, Fela Kuti and Bob Marley. This is evident in his music, as he plays on Afrobeat, Fuji and reggae sounds often.

In an interview years ago, Wizkid revealed that formed a group called the Glorious Five with few of his friends in church. The group released a single album prior to their separation. Wizkid met music legend, the late OJB Jezreel much later. OJB Jezreel was a record producer who prevented him from recording for a year. In this time the star boy kept visiting OJB’s PointBeat Studios frequently. It was at the studio he watched other legends like 2Face Idibia record songs for his Grass 2 Grace album. He was also present during the recording sessions for Sound Sultan’s debut album, Jagbajantis. These learning experiences are part of what shaped Wizkid’s music. Wizkid also cited Naeto C as one of the people who mentored and coached him when he was 15 years old. It is not uncommon for a Nigerian parent to not support their child’s music career at the onset. This is because of the little that was made of the career in yesteryears. The story was not different for Wizkid. In order to gain his father’s trust, he had to work hard and spend lots of time in the studio. Wizkid has been active in the industry for longer than people think. He co-wrote Banky W‘s “Omoge You Too Much”. While developing his craft, he also worked with, Ikechukwu, and M.I In 2009, Wizkid signed a record deal with Banky W.‘s Empire Mates Entertainment which marked the beginning of a star era. In the middle of that same year, he dropped out of the Lagos State University (LASU) to focus on his craft. He later attended Lead City University but dropped out after completing two sessions.

Wizkid’s biography cannot be read in a book. His story is told through his music. In 2009, Wizkid commenced the recording of his debut album ‘Superstar’. The album which was released in June 2011 set a record in the Nigerian music industry, as every track on it was a hit. In 2010, he released his lead single off the album “Holla at Your Boy”. The song introduced him to the fans and bagged him a Next Rated Award at the 2011 Headies Awards and was nominated for several awards after that. The hit track was followed up with the release of radio jams ‘Tease Me’ and ‘Don’t Dull’. Wizkid’s music took a drastic and positive turn after the release of ‘Don’t Dull’ which was a freestyle. Every track Wizkid recorded, turned to gold. The album was a mix of R&B, dance hall, afrobeat and reggae genres of music. Wizkid collaborated with a wide range of music producers, including E-Kelly, Jay Sleek, Shizzi, DJ Klem, Masterkraft, Q-Beats and Samklef and artists like Banky W., Skales, D’Prince and Wande Coal. Wizkid hosted an album launch party at the Expo Hall of the Eko Hotel and Suites featured performances from Banky W, Skales, 2face Idibia, Samklef, Wande Coal, D’Prince, Olamide, eLDee, Jesse Jagz, Ice Prince, Lynxxx and Seyi Shay. The Superstar album earned Wizkid the Best Album of the Year at the 2012 Nigeria Entertainment Awards and was nominated for Album of the Year at The Headies 2012.

Wizkid’s second album ‘Ayo’ introduced him to the international scene and collaborations. The star boy had defined his sound and his name, and it was time to blow the industry away. Often compared to his colleague and friend Davido, for years the fans thought there was a rivalry between them, however, the rivalry was between the fans. The album Ayo brought fourth hit tracks like ‘Jaiye Jaiye’ featuring Femi Kuti, son of Afrobeat legend, Fela Kuti, ‘On Top Your Matter’ ‘,’Joy’ and many more. The Album also featured Banky W., Seyi Shay, Phyno, Tyga, Akon and Wale. The album’s production was handled by Sarz, Shizzi, Uhuru, Del B, Dokta Frabz, Maleek Berry, Legendury Beatz and Spellz, all A-list producers. Upon the release of this album, Wizkid departed from E.M.E and set up his own record label Star Boy Entertainment. According to his social media and online reports, he signed artists like Maleek Berry, L.A.X, Efya. R2Bees and Mr. Eazi, however, the basis of these contracts is not known. In 2015, Wizkid gave the public began teasing the fans with sounds from the other side. In January of 2015, he released the music video for his huge track ‘Ojuelegba’. In this song, he took us to his home and sang about his struggles on his way to the top. This song made him more popular than he ever was, the song went international. The remix features Tinie Tempah and Drake. There was no limit after that song. Award after award, chart after chart, Wizkid Ayo Balogun conquered the world, signed major deals, endorsements and blessed sound waves with songs like ‘Come Closer’, ‘Manya’, ‘Soco’ , ‘Ma lo’ ft Tiwa Savage and more. In the latest Wizkid news, he opened a pop-up store for his clothing line, Star Boy, in New York City. Wizkid has signed endorsement deals with large companies like Pepsi, Glo, Mtn and Guinness. He has walked for Dolce & Gabbana and is associated with numerous home-based and international celebrities like Naomi Campbell, Chris Brown, Skepta, Tinie Tempah, Wale, Trey Songz, Ty Dollar $ign, Cranium, Justine Skye and more.

ALSO READ  Amazing Valentine's Date Ideas for Him or Her

The father of three boys has done well for himself in the industry. The once underdog is now an authority in the industry. The Star boy has had the media up in blames one too many times, especially when he brought Davido out on stage performing with him at his December 2017 concert and his friendship with Mavin’s first lady, Tiwa Savage. The unknown bromance between Wizkid and Davido sent the industry that fuelled rumours about their rivalry to sleep. Wizkid does not just have a music army, his social media army is always very large with a total of 5.6m followers on Wizkid’s Instagram account. 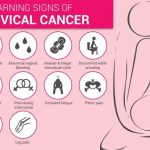 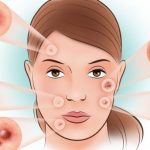