Samsung revealed the much-anticipated smartphones S9 and S9+ in February and a large section of consumers are wondering whether or not to switch to the super smartphones. The S9 and S9+ are available for pre-order with prices standing at £739 and £869 respectively. Pre-ordering before the 7th of March can get you the as early as 9th of March, a week earlier as the phones will be available March 16th. Samsung has made conscious efforts to thrill its consumers with its products every year. The S series releases are often anticipated and compared the Apple’s iPhones. With people still shook by the awesomeness of the Samsung S8, here are a few reasons why you should switch to the S9 or S9+

the S9 boasts a 5.8in screen QHD with Super AMOLED curves display (570ppi)

The S9 has 4GB RAM with just as fast processing as less featured smartphones.

It has 3,000mAh battery capacity which is decent for an android phone.

The S9+ has 6.2in screen QHD with Super AMOLED curved display (529ppi)

It has calculated dimensions 158x74x8.5mm, 189g
Samsung 10nm Exynos 9810 CPU (4x 1.9GHz)
This superphone has a faster processing processes than other devices with 6GB RAM
it has 3,500mAh battery capacity which is higher than regular phones.
An amazing 128GB storage with microSD expansion up to 400GB

Both smartphones have Cat 18 LTE support which is the fastest modem yet. It allows you to download at a blazing speed set at 1.2Gbps.Along with this gems are rear-mounted fingerprint scanners and front-facing iris scanner for an easier reach as opposed to the S8.
Both phones have been built to have 12MP Dual Pixel camera with OIS (f/1.5, f/2.4) / Vertical dual rear-facing camera, 8MP front-facing camera. This is a major upgrade from previous releases which will help capture the best ph0otos even in low light.

The phone has better sound with the surround sound stereo due to a microphone doubling as a speaker.

The S9 and S9+ come in amazing colours such as titanium grey, coral blue, midnight black and lilac purple variants. Both devices are in direct competition with previous releases of the S series, particularly the S8 and S8+, the iPhone X and Google Pixel. Will Samsung overcome?

National No-bra Day, Why You Should Go Braless 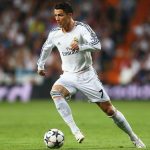