The fastest man in the world moves as swiftly as a lightning bolt. You can imagine, nothing travels faster than light. This man against all odds rose to the top and bowed out whilst the roar was loudest. Breaking records upon world records, Usain Bolt, champion of the world stands as the fastest man on earth. Usain Bolt’s speed is a measurement that wows the audience each time. The towering athlete stands at a height of 6ft 5”, this supports the idea that he is superhuman. You want to know his real name, it is indeed Usain Bolt.

Usain Bolt was born Usain St. Leo Bolt on the 21st of August in Sherwood Content, a little town in Jamaica. Born to Wellesley and Jennifer Bolt, Usain Bolt has a brother and a sister. Back in the day, his parents had a local grocery store located in the rural area which they ran. At this time Usain would spend his leisure time playing football and cricket with his brother in the street. As a child, sports was the only thing on the lightning bolt’s mind, he was indeed destined for greatness. In his early years, Usain Bolt was enrolled in Waldensia Primary School. It was at this school it became quite glaring his potential in sprinting. He ran in his parish’s annual national primary school meet. At the tender age of twelve, Usain Bolt became the fasted runner for the 100 meters distance of the school. Usain Bolt’s wins did not begin in 2008.

After his primary education, Bolt moved on to the William Knibb Memorial High School. Upon his entry the young star placed his focus on other sports, however, his cricket coach noticed Bolt’s speed on the pitch and encouraged him to try track and field events as well, a blessing in disguise. Bolt was coached by Dwayne Jarret and Pablo McNeil, who is a former Olympic sprint athlete. They urged him to place his energy on bettering his athletic abilities, he had something special in him. Athletic success was not new to Usain’s high school as the institution had recorded a history of success athletically with their alumni, including popular sprinter, Michael green. In 2001 Usain Bolt won his first annual high school championships medal, he clinched the silver medal in the 200 metres with a remarkable time of 22.04 seconds. Pablo McNeil later became his primary coach and the two’s partnership is said to have been enjoyed by both parties as it was positive. It was at this point; the star began to rise. 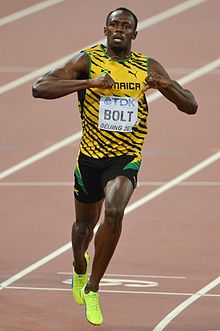 Bolt’s career officially began when he represented Jamaica at the Caribbean regional event, which was his first. The young athlete recorded a personal best time of 48.28 seconds in the 2001 CARIFTA Games, 400 meters, to which he came second. He also won the silver medal in the 200 metres and finished with a time of 21.81 seconds, better than his high school time. His first appearance on a world stage was at the 2001 IAAF World Youth Championships in Debrecen, Hungary. Bolt performed in the 200m event, however, he failed to qualify for the finals. All was not lost, as he also recorded a new personal best time of 21.73 seconds. Bolt has always been a man for the jokes and it was evident as he neither took himself nor other athletes seriously. Known for his mischief he rose to new levels of it by hiding in the back of a van instead of preparing for the 200m finals at the CARIFATA trials. This practical joke caused his detention by the police. The issue was later resolved and Bolt along with his then coach, Pablo McNeil attended the competition, where the young star set championship records in both the 200 meter and 400-meter races with a time of 21.12 seconds and 47.33 seconds respectively. The records did not stop there, as he set new ones at the Central American and Caribbean Junior Championships. Usain Bolt is a man for history books, he is one of only nine athletes to win world championships at all three levels being youth, junior, and senior level of an athletic event.

Usain bolt rose to prominence at the 2002 World Junior Championships held in Kingston, Jamaica, at age 15 and already 6ft 5inches tall, he won the 200m final making him the youngest world-junior gold medallist ever. He went on from competition to competition, record-breaking to record-breaking, in every race Bolt only showed improvements. He became largely recognised in his country. According to Wikipedia, “Howard Hamilton, who was given the task of Public Defender by the government, urged the JAAA to nurture him and prevent burnout, calling Bolt “the most phenomenal sprinter ever produced by this island”.” He wasn’t wrong, Bolt eventually became the phenomenal sprinter on earth.

Under the guidance of a new coach, Fitz Coleman, in 2004, Bolt turned pro, he began his professional career with the CARIFTA Games in Bermuda and of course, he set another record by becoming the first ever junior sprinter to run the 200 m distance in under twenty seconds, setting a record with a groundbreaking time of 19.93 s. For the second time, he was awarded the Austin Sealy Trophy for the most outstanding athlete of the 2004 CARIFTA Games. A hamstring he suffered in May of that same year prevented him from attending the 2004 World Junior Championships, but still, he was chosen for the Jamaican Olympic squad.[ Though with great confidence and a new record to his name, he attended the Olympics, , however, 2004 wasn’t Usain Bolt’s year of world fame. A leg injury ruined his chanced, resulting in his elimination in the first round of the 200 metres with a time of 21.05 s. Young star received numerous scholarships from different American colleges, however, he declined them all stating his desire to stay in his hometown Jamaica and train in the University of Technology, Jamaica. 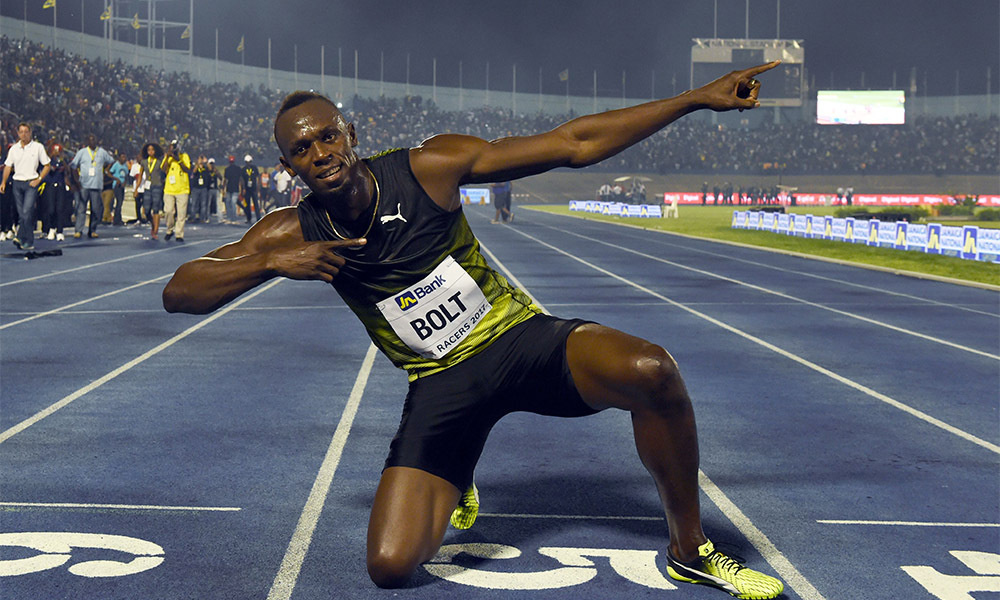 2005 saw the presence of a new coach, Glen Mills and a new attitude towards athletics. The coach was able to see Bolt’s potential and together eliminate unprofessional approaches to the sport and his career as a whole. During this time Bolt partnered with a lot more experienced sprinters. In this same year, injuries came back to haunt him as they prevented him from competing in his full form and disallowing him to prove himself to the world or athletics and the world at large. For most of this time, the greater public did not know his name. After this, the athlete was involved in a car accident, leaving him with a facial laceration and a further upset training schedule. Another hamstring forced him to withdraw from the 2006 Common Wealth Games, it would seem like his career would be short lived, however, the roar was not even near its loudest. Usain Bolt’s first major world win was at the at the IAAF World Athletics Final in Stuttgart, Germany where he got the bronze. In all this time, young Bolt had competed against athletes’ others looked at as idols including Tyson Gay and Xavier Carter. It didn’t end there, there were more competitions across the globe with more wins and new times. Usain Bolt was a member of the relay team with Marvin Anderson, Nesta Carter and Asafa Powell. The team won the silver medal and the 4 x100 meters relay at the 2007 World Championships in Osaka, Japan. Though there was no gold for Usain, but his technique improved greatly.

Life As A Record Breaker 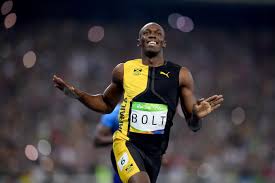 Usain Bolt is often described as a free spirit, dance lover, laid-back, relaxed with love in his heart for his country. The man who made the lightning bolt celebration prominent, he is indeed Usain Bolt. Sprinting is not Bolt’s only love, he also likes cricket and football amongst other sports. In interviews, the star made it clear that after his retirement he would like to play football professionally and his dream team is Manchester United. In 2018, he played for the club, Strømsgodset, as a forward in a friendly match against Norway national under-19 football team, where he wore a jersey with number ‘9.58’ signifying his world record. He continues to train in the sport of football. Usain Bolt has also slammed a dunk or two during the NBA All-Star Games, guess he is a basketball lover too. The man is so great a biographical film was don based on the athletic life of Bolt to win three Olympic gold medals. The film is titled I Am Bolt and was released on 28 November 2016 in the United Kingdom. Bolt has made appearances in places and on platforms that matter including Saturday Night Live. His eclectic career bagged him much fruitful sponsorships and advertising work, some of which will never be forgotten and has earned him a net worth estimated at $31m US Dollars. Usain is not just a star, he is a philanthropist as he gives back greatly to the community. Usain is often argued to be the greatest athlete of all time holding the best and second-best times for 100 and 200 m world records. These records include:

ALSO READ  Ooni of Ife Biography and Net Worth 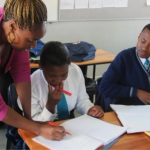