With over 60 years of operations, UNN alumni include governors, directors, activists, artists, actors, and more.

Dora Nkem Akunyili was born July 14, 1954, in Makurdi, Benue State, Nigeria. She was the Director General of National Agency for Food and Drug Administration and Control (NAFDAC) of Nigeria and Nigerian Minister of Information and Communications from 2008 to 2010. She was a pharmacist and governmental administrator who gained international recognition and won several awards for her work in pharmacology, public health, and human rights. Dr Dora Akinyuli studied Pharmacology and obtained a PhD from the University of Nsukka in 1985. As the director of NAFDAC, she recorded successes ensuring transparency and quality service in the sector. She died in 2014, after a long battle with cancer.

Olisa Agbakogba is a Nigerian human rights activist, maritime lawyer and former President of Nigerian Bar Association (NBA). Olisa Agbakoba was born May 29, 1953, to Chief Justice Godfrey Ubaka and Mrs Phina Agbakoba in Jos, Plateau State, Nigeria. He obtained an LLB (Hons) from the University of Nigeria. He is the founder of a leading law firm in Nigeria, foremost human rights organisation Civil Liberties Organisation (CLO), United Action for Democracy and the Zambian Pan-African human rights organization AfroNet. He rose to fame through his work in human rights and democracy movement in Nigeria. He was also a defender for the slain Civil Rights activist, Ken Saro-Wiwa.

Patrick Okedinachi Utomi, commonly called Pat Utomi is a Nigerian professor of political economy and management expert. The former presidential candidate for the Federal Republic of Nigeria was born February 6, 1956, in Kaduna, Kaduna State, Nigeria. Pat Utomi studied Mass Communication at the University of Nigeria Nsukka and graduated in 1977. He has recorded various achievements over the years. He is a Fellow of the Institute of Management Consultants of Nigeria. He has a passion for the dignity of the human person and the spirit of enterprise. He is also the founder of Centre for Value in Leadership (CVL) and the African Democratic Congress party. Currently a professor at Lagos Business School, he has served in senior positions in government, as an adviser to the president of Nigeria, the private sector and as Chief Operating Officer for Volkswagen of Nigeria and in academia.

Peter Obi was formerly the governor of Anambra State, Nigeria. He was born July 19, 1961, in Onitsha, Anambra State. Impeached in November 2006, his impeachment was overturned in 2007 and the court ruled that he be allowed complete his four-year term. He won the 2010 elections, winning him a second term as governor. Peter Obi was admitted to the University of Nigeria, Nsukka in 1980, graduating with a B.A (Hons) in philosophy in 1984. He is the chairman of the Nigerian Security and Exchange Commission. Asides this, he has Headed several other businesses and organisational bodies.

Obiageli Ezekwesili popularly called Oby Ezekwesili was born April 28, 1963. She is a chartered accountant. Oby Ezekwesili was a co-founder of Transparency International, serving as one of the pioneer directors of the global anti-corruption body based in Berlin, Germany. She served as the Federal Minister of Solid Minerals and then as the Federal Minister of Education during the second-term presidency of Olusegun Obasanjo. Since then, she served as the Vice-President of the World Bank’s Africa division from May 2007 to May 2012. Oby Ezekwesili rose to fame among the millennials as a firm feminist and activist in the #BringBackOurGirls campaign.

Aituaje Iruobe, popularly called Waje, is a Nigeria recording artist, singer, and songwriter. Waje was born in Akure, Ondo State, Nigeria and is known as the Nigerian singer whose vocal range covers three octaves. She has a degree in Social Work from the University of Nigeria, Nsukka and is one of West Africa’s leading artists. Waje has released hit track upon hit track and collaborated with other big names like Banky W, P Square, Patoranking and M.I in the music industry and NGOs to empower youths. She is also one of the four judges on The Voice competition, Nigeria. Waje has also made an acting debut in a movie titled Tunnel alongside Femi Jacobs, Nse Ikpe-Etim, Patrick Doyle and Lepacious Bose

Sullivan Iheanacho Chime was born April 10, 1959, in Enugu, Enugu State, Nigeria. He is a former governor of Enugu State, taking office on May 29, 2007. He is a member of the People’s Democratic Party (PDP). He was re-elected on April 26, 2011, serving two terms as governor. He studied Law at the University of Nigeria, Enugu campus and graduated in 1980. He achieved his four-point agenda for development and as a governor, he was known to shun public events, earning him the title ‘Silent Achiever’

Bianca Odumegwu-Ojukwu, born Bianca Odinaka Olivia Onoh on August 5, 1968, is a Nigerian businesswoman, politician, diplomat, and lawyer and multiple pageant titleholders. She once served as the Most Beautiful Girl in Nigeria 1988, Miss Africa 1988 and first African Miss Intercontinental 1989. Bianca Ojukwu obtained a law degree from the University of Nigeria, Nsukka. Since then she has served as Nigeria’s Senior Special Assistant to the President on Diaspora Affairs and the country’s ambassador to Ghana and Spain. She has built brands namely cosmetic brand, Bianca Blend and interior decorating outfit, Mirabella. She is currently Nigeria’s permanent representative to the United Nations World Tourism Organization.

Zack Orji is a popular Nollywood actor, director, producer, and filmmaker. He was born in the 1960s in Libreville, Gabon. Zack Orji is a graduate of the University of Nigeria, Nsukka. Having grown up in French-speaking countries and Nigeria, he is fluent in English and French. His first film appearance was in a movie titles ‘Unforgiven Sin’ in 1991. Since then, Zack Orji has thrilled Nollywood screens with his talent, commitment to effectively playing characters and is now a Nollywood legend.

Christopher Oghenebrorie Okotie is a Televangelist and pastor at the Household of God Church International Ministries in Lagos, Nigeria. He was born June 16, 1958, in Ethiope-West, Delta State, formerly Bendel State. Chris Okotie graduated with a degree in law from the University of Nigeria Nsukka, in 1984. He is famous for being one of the most popular and wealthiest pastors in Nigeria. Also, he is a former presidential candidate and musician. 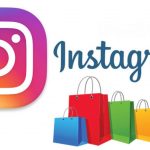 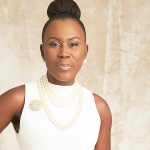