TV Shows make up a large programme format of today’s broadcasting. Some of the most popular tv shows of all time were produced in the 90s and early 2000s. Forget your best tv show of 2017, the ones aired back in the day were the best tv shows to binge watch.

TV shows once formed a big part of everyone’s existence, although Shonda Rhymes makes us tremble beneath our blankets every single time, the shows on this list can be referred to as classics.

Today’s kids and youth have some of the best tv shows on Netflix but back then, the 80s and 90s kids had iconic life mirroring TV shows.

Rugrats is an American children’s tv series created by Arlene Klasky, Gábor Csupó and Paul Germain, for Nickelodeon. Rugrats was a comedy and adventure series which centred on the life, thoughts, and plights of toddlers. The day-to-day lives of characters Tommy, Chuckie, Phil and Lil twins and Angelica, was the main focus, mirroring real-life experiences of a toddler, with the grown-ups barely noticing what they were up to. Sunday’s were iconic as the order of the way was a Rugrats marathon on Nickelodeon, it was a public favourite. In its 13-year run, the show featured an amazing spin-off titled ‘All Grown Up’ to celebrate its 10th year anniversary.

Boy Meets World was a hit ABC production that featured the coming-of-age phase of Cory Matthews portrayed by Ben Savage. The show took its audience through seven incredible seasons which showcased the life of Cory from his middle-school teenage years to life as a man in college. The show aired from 1993 to the year 2000, on ABC network’s TGIF lineup and now has a spin-off called ‘Girl Meets World’

Tales by Moonlight is a Nigerian TV show, that features folklore tales and songs. The kids gather would gather in the evenings at the feet of an elder to sing songs, listen and learn from old tales. This show was a Saturday night favourite because children just loved to watch the stories unfold. Today’s kids will never know what Tales by Moonlight used to be.

Papa Ajasco and Company is a popular TV sitcom created by Wale Adenuga in 1996. The show was the biggest comedy-drama in Nigeria at the time. The sitcom centred on the life of the Ajasco family and friends and their interpretations of societal issues. The weekly aired masterpiece was by far the most watched comedy series in Nigeria and was shown in 12 countries across Africa.

Super Story is a Nigerian anthology television drama series created by Wale Adenuga. Super Story back then, was the reason why 8 pm Thursday was a bad time to engage in anything else asides watch the weekly episodes. Super Story aired by 8 pm on NTA and Wap TV and at a later time on other terrestrial cable networks. The show has had 41 incredible seasons so far but had a larger audience back in the day. Super Story was the topic of conversation during school breaks, at hair salons, and in retail shops. We are really nothing but pencils in the hands of the creator.

Everyday People is a sitcom that revolved around the everyday lives of families in an urban community. The comedy production by Tajudeen Adepetu gave its audience seasons of laughter, fun, and suspense with a theme song that is hard to forget. Everyday People summed up numerous childhoods in Nigeria.

This Life is a Nigerian drama series and a competition to Super Story as it had the same format. The series explored different stories in each season, never failing to touch on societal issues. Though just as popular, This Life has fizzled due to the emergence of other TV series which adopt more modern plots.

Inside Out with Agatha is a household favourite on Sunday afternoons on Channels Television. The show was hosted by its producer Agatha Amata and has run for over 20 years. The show featured guests from all works of life and touched on all topics without remorse. After 20 years of hosting the show, Agatha stepped down as its presenter in 2017. The show was once a staple in all home, however, it’s not as popular anymore.

Hey Arnold! is an American animated television series created by Craig Bartlett that aired on Nickelodeon from October 7, 1996, to June 8, 2004. The show centres on a fourth grader named Arnold, who lives with his grandparents in an inner-city boarding house. 4 pm after school were for watching football-headed Arnold and his friends navigate through city life as they dealt with daily encounters. The show finished filming in 2001 and a movie Hey Arnold!: The Movie was released in 2002.

Recess is an American animated comedy-drama series created by Paul Germain and Joe Ansolabehere, produced by Walt Disney Television Animation. The series focuses on six elementary school students namely Vince, Spinelli, Mikey, T.J., Gretchen, and Gus and their interaction with other classmates and teachers during recess, which is break time in the North American school system. During recess, the students form their own government and class structure against the school’s system. Recess was a must watch on Disney Channel and other networks that aired it.

The Powerpuff Girls is an American superhero animated television series which aired on Cartoon Network. The show centred on kindergarten girls Blossom, Bubbles and Buttercup with superpowers and their heroic duties in the city, defending it against evil villains. The girls were made from sugar, spice, and everything nice and an accidental spill of Chemical X. the show made its debut in 1998, thrilling the audience with season after season.

All Samurai Jack wanted was to go back to the past. It is an American action-adventure animated television series. Samurai Jack centres on a Japanese Samurai named Jack, who faces numerous battles to get back to the past and defeat villain, Aku. The show premiered in 2001 on Cartoon Network and was concluded after the 4th season without completing the story. Though a revival of the show was attempted in 2017, Today’s kids will never know the Samurai Jack.

Dragon Ball Z is a Japanese anime television series produced by Toei Animation. It is the sequel to the Dragon Ball anime and adapts the latter 325 chapters of the original 519-chapter Dragon Ball manga series created by Akira Toriyama. Dragon Ball Z had a large audience in its time and was watched worldwide.

Courage the Cowardly Dog is an American animated horror-comedy series which aired on Cartoon Network. The series centres around a cowardly purple dog, named Courage who lives with an elderly couple in the middle of nowhere. The trio is frequently thrown into bizarre misadventures, often involving the paranormal or supernatural and the mantle of protection falls on Courage. Evenings on weekdays were the best watching Courage encounter numerous evils.

KKB Show is a Nigerian reality kids’ TV show, which adopted the magazine programme format. The show featured drama, lifestyle, story time and more by kids. It was the dream of every Nigerian child to feature on the KKB show. 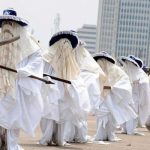 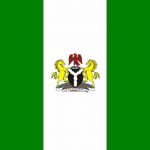