The University of Lagos is a federal university founded in 1962. Located in the urban community of the Lagos metropolis, Akoka. The University of Lagos commonly called Unilag was accredited and/or recognized by the National Universities Commission, Nigeria. It is a very large coeducational higher learning institution, with an enrolment ranging from 35,000 – 39,000, officially. Unilag offers numerous programmes at various levels, including pre-bachelor’s degrees such as diplomas, pre-degree etc, bachelor’s degree, Master’s degree and Doctoral Degree. This 56 years old higher-education institution has a selective admission policy based on entrance examinations. International students are welcome to apply for enrolment. Unilag social life is one of the brightest in the country. Some Unilag notable alumni include Odunlade Adekola, Mo’Cheddah, Yemi Alade, Omoni Oboli, Tony Elumelu, Prof. Yemi Osinbajo, Joke Silva, Funke Akindele and more.

Pan Atlantic University is a new but not so new university. The university had its origin as the Lagos Business School (LBS), established in 1991. The federal government approved the university as Pan-African University in 2002, and the LBS became its first school. The Ajah Campus was completed in 2003 and in 2010 work began on the Ibeju-Lekki campus. In May 2013 its name was changed to Pan-Atlantic University, in order to avoid confusion with the Pan-African University of the African Union. On 17 November 2014, the University launched its first ever undergraduate programmes in its new campus at Ibeju-Lekki. Over the years, the university has marked some monumental strides, offering quality education with state of the art facilities. In September 2011 the university launched the Virtual Museum of Modern Nigerian Art, a website created by Jess Castellote, a Spanish architect that includes over 400 works from 81 artists, including pioneering Nigerian artists such as Aina Onabolu and Bruce Onobrakpeya and emerging artists such as Richardson Ovbiebo and Babalola Lawson. A political figure who has graced the school is former British Prime Minister, David Cameron

Yaba College of Technology is one of the most prestigious colleges in Lagos state and Nigeria as a whole. It is an institution that has shaped higher education in Nigeria and has contributed greatly to the education system. Often called Yabatech, the college is located on Herbert Macaulay Way, Yaba, Lagos and was founded 1947and is Nigeria’s first higher educational institution. With an enrolment of about 16,000 students, Yabatech courses range from technology to agricultural production and distribution. There is a Quality Assurance Unit in the college which monitors the quality of academic service delivery. Yaba College of Technology is the first higher institution in Nigeria to establish a Centre for Entrepreneurship Development, with linkages with the world of commerce and industry. The centre offers compulsory courses which must be taken by all students throughout their stay in the college. Free medical services are also offered at the medical centre which is opened 24/7.

Lagos State University, also known as LASU, was established in 1983 by the enabling Law of Lagos State of Nigeria, for the advancement of learning and establishment of academic excellence. LASU has a population of over 35,000 students enrolled for full-time. Located in Ojo town, Lagos State University courses are offered at Diploma, Undergraduate and Postgraduate levels. Lagos State University was conceived as a multi-campus, collegiate and non-residential University. Today, Lagos State University operates a multi-campus system with four fully owned campuses having its main campus at Ojo (along the Badagry Expressway) and other campuses at Epe (where the Faculty of Engineering is located), Ikeja and (Surulere). LASU has produced numerous innovators and quality graduates over the years, even those who went on to conquer other fields unrelated to what they studied in school. Notable alumni include Chioma Okpotha, Desmon Eliot, and Farida Mzamber Waziri.

Caleb University is a private university located in Imota, Lagos, Nigeria. The university came to be due to the high demand amongst parents for quality higher education and the falling standards of the public education sector. The University started a full academic program with the admission of its first set of students, a total of 83 male and 58 female students on Monday, 7 January 2008. Caleb University courses and fees are something to think about. The university offers 16 programmes. Caleb university courses range from management sciences, social sciences, science and technology, agriculture, and more. Caleb university hostel accommodations are also built to standard for all resident students.

Adeniran Ogunsanya College of Education is an institution which has evolved as one of the by-products of missionary education and the implementation of series of recommendations of different Education Commissions between 1900 and 1960. The College runs full-time academic programmes both at the Nigeria Certificate in Education (NCE) and Bachelor of Education in Arts, Social sciences, Sciences, technical /Vocational Education and Education courses on a full-time basis. Adeniran Ogunsanya College of Education part-time scheme consists of all available courses, taken in the full time, with the same lecturers. Classes hold on weekends and courses run for four years.

The Federal College of Education (Technical), Akoka (formerly National Technical Teachers College) is a Nigerian technical tertiary institution located in Akoka, a suburb of Yaba in Lagos. The institution was founded by the Federal Government of Nigeria in 1967 with the aim of grooming and producing teachers in technical, vocational and commercial academic disciplines. The college offers a Nigerian Certificate in Education and an undergraduate bachelor’s degree in technology, as it is affiliated with Federal College of Technology, Mina. Federal Government College of Education school fees is also very affordable.

The National Open University of Nigeria is an ODL institution renowned for providing functional, flexible, accessible, cost-effective education adequate for flourishing in the 21st century and beyond. The school began in 1983 and since then has contributed greatly to the education system, over the years. Though suspended in 1984 and resuscitated in 2002, the National Open University in Nigeria courses falls under Sciences Social Science, Arts, Management Sciences, Law, Agricultural Sciences, Health Sciences, Education, Centre for Entrepreneurship and General Studies and postgraduate studies. The application forms are easily obtainable, and the school fees are not on the high side.

Wedding on A Budget 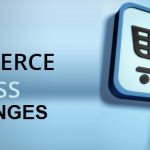 Challenges of E- commerce in Nigeria and Solutions