A lot of hard work goes into the making of a production. What we see on big or small screens is the result of top talents and hours of work coming from the most popular actors, actresses, directors, and crew members of Hollywood.

Every actor or actress in the world would kill for a chance to work in Hollywood, Hundreds of actors and actresses enter the industry every day but only a few of them succeed in this industry, due to its high standards. Nevertheless, Hollywood has been able to produce some peculiar screen gems.

Hollywood produces some of the best award-winning movies of the year not to mention the amazing set of actors and actresses who gets quite an accolade of awards in some of the most esteemed Television Academy awards such as the Emmy Awards, Golden Globe Awards, Oscar Awards and more.

Each of them is famous for their different personalities, looks, and skills. They have all worked hard to keep their fame and status.

Below is the list of the most famous actors and actresses of Hollywood film industry.

This cute actor is well known for his role as “Edward” a vampire boy in the “Twilight series”. He became one of the most successful actors in Hollywood due to his behavior in acting which has the ability to keep anyone glued to the screen. Pattinson has a huge crowd of followers due to his positive attitudes and dedication to his acting career.

The Prince of Bel Air, Will Smith, is a very popular actor and producer. Will Smith has acted in a number of award-winning movies such as MIB (Men in Black), Bad Boys his start-up films and proceeded to act in some major films where his role has been nothing but fun, admirable, and captivating. He hails from Pennsylvania USA, a winner of so many awards.

Zac is from California USA, Zac Efron is one of the most amazing actors in the Hollywood film industry. He made his debut into acting when he was fairly young in the early 2000’s in the High School Musical Disney Channel where he handled a lead role. Zac Efron has won nominations for awards for High School Musical, Neighbors and Miracle Run. He was the winner of the MTV Movie Awards People’s Choice Award and the Capricho Award due to his amazing acting talents.

Kevin Hart is by far one of the most successful actors in Hollywood. He is a hilarious comedian, actor, producer, writer, and rapper. He has a series of stand-up comedies. Kelvin has had various hit movies in his career. Kevin Hart has bagged a number of awards as well as some great recognitions such as getting a high ranking in the Time 100 list as well as being named as the most influential person around the world in 2015.

Christian Bale is a charming and amazingly talented African/English actor in Hollywood. He began his acting career in his early years as a child and his youth which helped him strengthen and grow his acting talents earning a prominent place among the elites in the film industry.

Ben is one of the oldest Hollywood actors. He made his debut as an actor in the film “the Dark End of the Street” when he was only 8 years old and later he appeared in a number of television shows where he continued to grow his talents and climb the ladder of success. His outstanding acting skills have earned him a position as a leading actor in a couple of Hollywood movies. His most recent cast was his role as Batman in Batman versus Superman the movie.

Jerry Seinfeld is a popular actor, comedian, writer, director, and producer. He has been known to mainly focus on uncomfortable social obligations and personal relationships where he mostly brings out the best of the situation.

This handsome actor is known as “Thor” for his role as “Thor is Superhero” movies, Chris Hemsworth is a talented actor who has gone out and beyond to show the world his best shot. Chris Hemsworth has handled a number of small and big film roles

Leonardo DiCaprio is one of the most popular and highly paid actors in Hollywood. He came into limelight in the movie Titanic which earned him great fame and recognition opening great doors for him for his exemplary performance in the movie. He started acting at a young age mainly in TV commercials sitcoms and soap operas which shaped his acting career and greatly improved his acting skills.

Bradley is a superb actor who has shown great talent, dedication and great skill in his movies. Born in 1975, Bradley Cooper started acting at a ripe age. He has appeared in several Television Shows and several hit movies too. His role in the movie “Sexiest Man Alive” brought him to stardom and since then, he has been featured in a number of films where he has earned great recognition and success.

Mark Wahlberg started out as a rapper before making his debut into the film industry as an actor. Today, Mark is a popular producer, model, and actor. He has been featured in several big and small roles in Hollywood films where he has showcased his acting skills in mastery.

Adam is known as a hilarious actor, He is a great face to see in any movie, and also a multitalented actor, producer, scriptwriter, entrepreneur, comedian and a great actor. He is known as the funniest man in Hollywood for cracking the audience up.

This handsome and multitalented actor is known for his pleasant and gentle personality. He is very popular for his superb appearances and performances in his acting career. Brad is a philanthropist and an amazing actor, he has delivered amazing performances in every movie he has been featured in.

Robert Downey (Born in 1965), He made his debut into the film industry when he was only 5 years old in “Proud” a hit movie. He has acted in more than 40 movies. Robert is an admirable actor who has showcased his talents in a number of films in Hollywood. Robert has achieved immeasurable success in the career not to mention a number of awards to go with it. He is quite aged, and still one of the most handsome men in Hollywood.

Vin Diesel who was Born in 1967 as Mark Sinclair, is quite an admirable actor for his role in the “Fast too Furious” film franchise as well as the “Chronicles of Riddick Series”. Not only is he an actor, but also a producer and scriptwriter. He specializes in fast-paced dramatic thrillers where he has showcased his tremendous acting skills time and time again.

Johnny Depp who has starred in many lovely Hollywood movie was Born in 1963, He is considered the tallest actor in Hollywood and by far one of the most talented and mesmerizing actors as well. Johnny Depp has also won many awards such as Golden Global and Academy and is considered as one of the sexiest men in the world. His role as Jack Sparrow in the “Pirates of the Caribbean” amounted to great success for him which earned several big roles in Hollywood.

Tom Cruise is a cute and talented actor, who made his way into the industry when he was only 19. He has taken up lead roles in many movies where he has shown an upward trend in his career since then. Tom Cruise has been featured in several films and has a number of awards to speak for his great works.

Matt Damon is a popular, highly talented and one of the best-paid actors in Hollywood. He is from Cambridge in the United States. He made his professional debut into the film industry in 1988 and since then he has earned leading roles in high-grossing movies where he has showcased his great skills.

Monica Bellucci is a popular Italian actress and fashion model. Born in 1954 in Umbria, Italy, she is a beautiful and talented actress/model who grew up appearing in Italian films. An only child, she started her career as a model at the age of 13. She has played in many major roles including The Matrix Reloaded, Mary Magdalene, Passion of the Christ, and James Bond.

Born in 1969, Jennifer Aniston is a born and raised American actress and producer. She worked hard to support her own income with different part-time jobs while working on off-Broadway productions. She became famous for the show Friends. Jennifer also starred in other productions such as We’re the Millers, Marley and Me, Bruce Almighty, and She’s Funny That Way.

Jennifer Lawrence has recently become a very popular actress in a short period of time! Her first major performance role was as a lead cast member in the sitcom The Bill Engvall Show. Her breakthrough role was the motion picture film The Hunger Games. Known for her quirky personality and chill attitude, she is also a winner of notable awards.

Born in 1988, Emma Stone was raised in Scottsdale, Arizona. She grew up home-schooled so she could perform in many productions and still keep up with her education. She debuted on the VH1 show entitled In Search of the New Partridge Family. Stone continued her career and became famous through movies such as the Amazing Spiderman, Easy A, Crazy Stupid Love, Zombieland, and The Help.

Jessica Alba is a beautiful American actress, model, and businesswoman. At the age of 13, she began her acting career. Since then, Jessica has played in many well-known movie roles. Her top successes include Honey, Sin City, Good Luck Chuck, and Into the Blue. Many fans think of her as a sex symbol for her hot and appealing appearance.

Kate Beckinsale is a popular English actress in the Hollywood industry. she made her first film appearance in the movie Much Ado About Nothing in 1993. She then, Kate continued to appear in British costume dramas and radio productions. She is popular for her roles in many productions.

Natalie Portman is both an American and Israeli citizen. She is an actress, producer, and director. Her first role was in the 1994 movie Leon: The Professional. She became popular in the Star Wars trilogy with her part as Padme Amidala.

Mila Kunis is an actress and a native of Ukraine. She moved to the United States in 1991 at the age of 7. She took many acting classes as an after-school activity and was soon discovered by an acting agent. Her first major role was in the TV show That 70s Show. In 1999, she scored another huge achievement by being the voice of Meg Griffin.

Scarlett Johansson is a popular Hollywood actress, singer, and model. Her first film debut was in the movie North. Since then, she has exploded and made a lasting impact on popular movies. She is considered as one of the sexiest women in the world and was even listed as the “Sexiest Celebrity” by Playboy magazine in the year 2007. 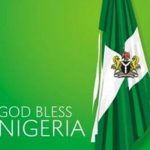