Songs by Wizkid never disappoint, neither do his features. His songs filter popular music blogs like naijaloaded and tooexclusive. Wizkid, also known as Star boy, was born Ayodeji Ibrahim Balogun on the 16th of July 1990. He is a Nigerian singer and songwriter who started recording music at the tender age of 11 and released a collaborative album with the Glorious Five, a group he formed with some friends from church. The beginning of the star boy era was marked in 2009 when he signed a record deal with Banky W.‘s record label Empire Mates Entertainment (E.M.E). He rose to fame after he released the song ‘Holla at Your Boy’. The rest is history. In almost a decade-long career Wizkid has soared to heights people thought was unimaginable at the time for a Nigerian artist. The Surulere born Ojuelegba crooner has released hit after hit, won award after award and top the charts year after year. Let Wizkid show you the money when you listen to his debut album ‘Superstar’, an album that is straight fire till this day.

The fans have had the best of Wizkid in 2018 and here are the Top 15 Wizkid Songs.

Soco by Wizkid is one of Wizkid’s biggest songs yet. The song is such a hit, it is one of the most searched keywords on Google in Nigeria. The jam was released early 2018 and Soco features Terri, Ceeza Milli and Spotless. Produced by Northboi, Soco is played at every party, broadcast station and personal playlists. The song is international, as Wizkid walked to his very own jam for Dolce & Gubbanna some weeks back.

Ojuelegba is the song that certified Wizkid as international and is arguably his biggest his till date. The Surulere born star boy sang about his roots in this song and the fans went wild. Produced by Legendury Beatz, Ojuelegba by Wizkid soon became an anthem for Nigerians. The song which is off the album ‘Ayo’ was released in 2014 and notable international acts like Alicia Keys, Drake and even Kylie Jenner jammed to this track. During his sold-out concert at the Albert Hall, UK, the audience and this song, word for word. The remix of this song featured Skepta and Drake.

Don’t Dull is the song that made Wizkid national. Though he had hits before this track, and the audience perception of him was great, however, Don’t Dull, turned those great perceptions into strong and valid opinions. Wizkid became the next big thing in the Nigerian music industry. Don’t Dull is catchy and the base had parties and DJ booths up in flames.

Holla at Your Boy by Wizkid was the song that introduced Nigerians, to the star boy. It was his first major track and was released in 2010. Holla at Your Boy portrayed Wizkid as the boy teenagers. It was the beginning of an era.

Jaiye Jaiye took us back to the times of Fela. On this track, Wizkid featured Femi Kuti, the son of legendary afro beats creator, Fela Kuti. The extremely catchy song topped music charts over and over again. With a rhythm perfect for setting the dancefloor ablaze, the saxophone on the track took every listener to the moon and back, typical omo jaiye jaiye.

Pakuromo by Wizkid was a modern day fuji hit. The song perfectly depicted a typical Yoruba party which is called ‘owambe’. The beat which featured talking drums moved bodies to dance and this song was played at every party held during its reign. Pakurumo by Wizkid is off his debut album ‘Super Star’. The video had cameo appearances from Pasuma, Ali Baba, Tee–A, Funke Akindele, Skales, Lynxx, Banky W, Pope Da Hitman, Tiwa Savage, Mo’Cheddah and Ice Prince.

On Top Your Matter was the biggest love song of early 2014. The fine tune hit airwaves and stuck like a stain in the minds and on the tongues of the African audience. It became a pick-up line. Star boy Wizkid, serenaded the fans on this track with a sound that was so fresh and new. If this song was not on your wedding playlist, you weren’t getting married.

Wiz Party was on of the biggest songs of his debut album Super star. Slow, soft and catchy, Wiz Party by Wizkid was produced by E-Kelly was leaked hence, the missing verse. The song went viral and Nigerians loved the star boy even more. Wiz Party is one of Wizkid’s biggest songs yet because of its impact in the music industry and how it was just another hit after a hit.

Nowo is a song produced by Dj Spinall and features the star boy himself. This song does not require energetic moves, a soft shaku will do. Nowo by Wizkid has featured in almost every Nigerian’s snap story and insta story. It’s a song to play in your car when you need motivation. Nowo by Wizkid is a jam and a decade.

Tease Me is one Wizkid song that blew up for two reasons. It is a nice song and it is corny hence you’d surely have a laugh when the song is playing. Wizkid channelled sexy in this burlesque themed song. The fire tune enjoyed massive air play and remains one of his biggest tracks yet.

Joy showed the fans a deeper side of Wizkid. Also titled ‘Ayo’ which is the Yoruba translation of joy, Wizkid sang about his mother’s joy, which is himself, Ayodeji Balogun. The slow dance hall number was loved nationally and the proof of this is the million and one covers of the song done by fans on their personal social media channels and music competitions.

Manya is a hit of 2017. The song is a remake of an old hit and without taking the groove of this track of yesteryears, Wizkid successfully added his own modern flavour to the song. The song was and still is a hit. Charting number one numerous times and gaining international recognition, Manya is one of Wizkid’s biggest songs.

Come Closer is one song by Wizkid that blew the world up. Wizkid stuns, no matter the genre. This amazing song featured Canadian rapper, Drake and it held a spot on every important music chart, and award nominations list. The song gave us the blonde Wizkid, the ladies’ man and the fans loved it.

Baba Nla was a teaser of the artist we know today as star boy. In this song, he was telling us that he is the big man of the industry and truly, he is. Baba Nla also titled Final is a catchy tune and the perfect one to scream the lyrics at a concert. 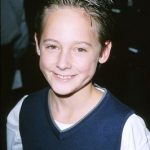 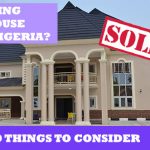 10 Things to Consider When Buying a House in Nigeria