Here are the top 10 photographers in Nigeria

Toyin Shokefun-Bello popularly called TY Bello, is a groundbreaking photographer, singer, songwriter and philanthropist. Born 14th of January in Ogun state, TY Bello is a woman of many colours. Popular for her amazing work behind the lens and her singles ‘Greenland’, ‘Ekundayo’ and ‘Freedom’ and beautiful hair, before embarking on a solo career, TY Bello was part of a defunct gospel group called ‘Kush’. Before photography, there was journalism, and before journalism TY Bello graduated with a degree in economics from the University of Lagos. Over the years TY Bello’s portfolio has grown to fit socially changing campaigns, albums, and iconic photographs. TY Bello is responsible for the discovery of the beautiful model Olajumoke Orisaguna, a bread seller turned supermodel, who was caught in the photo project featuring Tinie Tempah in 2016. Annually, TY Bello organized photography exhibitions to raise funds for orphanages in Nigeria. She is also the director of Link-a-child, an NGO dedicated to proliferating information on orphanages in Nigeria and seeking sponsorship on their behalf. In July 2011, TY Bello was honored by the non-profit Communication for Change organization in a five-part documentary film series titled ‘RedHot’

Obi Somto is a young photography who has always been art inclined. He was Born August 1, 1988, Obi Somto is a force behind a camera lens. Obi has always had the desire to draw, mould, paint and carve and his career as a photographer kicked off when he discovered his power in photoshop and fireworks. He launched his professional career as a graphic designer and illustrator in 2010. Obi Somto holds a degree in Banking and Finance from Babcock University, Ogun State, Nigeria and has since then made a name for himself in the creative field. He has photographed dignitaries and celebrities including former President of the Federal Republic of Nigeria, Ebele Goodluck Jonathan. Obi Somto has also been commissioned by renowned bodies such as African Council of Optometry and The Sight and Hope Foundation among others.

Adeola Olagunju is not your regular Nigerian photographer. She has a degree in Fine and Applied Arts (Graphics Design) and has worked as a Graphics Artist in various advertising agencies in Lagos. Adeola Olagunju works majorly with photographs however, her artistic palette consists of a range of media such as video, paintings, and collages. Known to explore themes surrounding her environment, self, and memory with documentary and a conceptual approach, Adeola Olagunju has been resident at Kuona Trust Centre for Visual Art in Nairobi, Kenya and the Lagos Photo Summer School exchange programme in Berlin, Germany. She has participated in Photography Master classes and exhibitions locally and internationally. She was also the recipient of the Lagos Photo Festival Award in 2012 and the Young Art Fund Amsterdam Award in 2013.

George Osodi is a Nigerian photographer. Born in 1974, George Oshodi is popular for his press photography. Since his career as a press photographer, he has been successful in the international art world from the mid-2000s. George Osodi grew up in Ogwashi-Uku, a city in the Delta State of Nigeria. He studied Business Administration at Yaba College of Technology in Yaba, a suburb of Lagos, and then worked for a short time as an accountant for the Nigerian bank SGBN. From 1999 to 2002 Osodi was a press photographer for the now discontinued newspaper The Comet in Lagos. In 2002, he joined the news agency Associated Press. George Osodi’s photographs have appeared in such publications as The New York Times, Time Magazine, and Der Spiegel. In 2004, he was awarded the first prize in the Fujifilm African Photojournalist of the Year competition excellent. His subjects are mostly the social, economic and ecological exploitation of man and nature in the Niger Delta. George Osodi sees himself as a realist and prefers to work with colour and is always with his camera.

Aisha Augie-Kuta was born April 11th, 1980 in Zaira, Kaduna State, Nigeria. She is a Nigerian photographer and filmmaker based in Abuja and is also the daughter of late Senator Adamu Baba Augie and Justice Amina Adamu Augie (JSC). Her love for photography began at a young age when her father gifted her a camera. Augie-Kuta received a bachelor’s degree in Mass Communication from Ahmadu Bello University Zaria and is studying for an MSc in Media and communication at the Pan African University, Lagos, now Pan Atlantic University. Heavily awarded and recognised, Aisha Augie-Kuta has made contributions toward girl child/youth development and nation building. She has been a frequent facilitator at the annual gathering of photographers, Nigeria Photography Expo & Conference; a panelist and speaker at various events; and has spoken at TEDx events in Nigeria

Andrew Esiebo was born in 1978 in Lagos, Nigeria and has been covering personal projects and assignments in primarily Nigeria and West Africa but has gained international recognition. Andrew Esiebo taught himself photography after a friend gifted him a camera in the year 2000. He began his career as a freelance photographer and now explores video and multimedia work. His work has covered the development of urban Nigeria and various social issues such as sexuality, gender politics, football, popular culture, and immigration. He is a member of the Participating Artist Press Agency with his work on the Nigerian Landscape and Culture are featured extensively in the Lagos Lab and the Migrationpapa. He is the initiator and co-organizer of “My Eye, My World”, a participatory photography workshop for socially excluded children in Nigeria. With numerous residencies and initiatives to his name, Andrew Esiebo is a freelance photographer for organizations both at home and abroad. They include Photoblogs Magazine; USA Voiceworks magazine, Australia; United Nations Global Report on Human Settlement and more.

Ade Adekola is a Nigerian born conceptual artist, photographer, and architect. He can be described as a seasoned documenter and keen cultural observer. Ade Adekola is known to make his artwork in series called ‘think pieces’. He actively makes use of technology in his process of creation, both as statement and tool, to achieve specific visuals effects and also to reinforce the social and intellectual narrative of the work. Ade Adekola produces art that is colourful, filled with humour, movement and cultural iconology. The work of this Lagos based genius shines a new light on the art of photography.

Lakin Ogunbanwo is a Nigerian born photographer based in his home country. The multi-talented man started practising his art whilst at Law school in the UK. Lakin Ogunbanwo is also a self-taught photographer who found his talent in Paris at the Speos Photography Institute. Since then, he has made a remarkable buzz in the fashion industry for his ability to capture beauty in provocative fashion. Lakin Ogunbanwo is known for his confidence and eye for colour. His art challenges the Nigerian cultural norm and within a short time, he has graced numerous exhibitions and platforms. 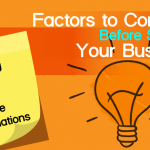 Starting a Business: Factors to Consider 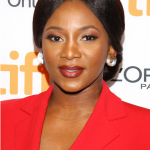