Here are the top 10 natural disasters recorded in history.

The 2010 Haiti earthquake united the world in prayer, as donations and prayers were gathered and sent from all parts of the world. The disaster was so big, popular citizen and star musician Wyclef Jean sang and campaigned for help. The earthquake occurred on the 12th of January 2010 in the Dominican Republic with a magnitude of 7.0 Mw and a depth of 13km (8.1 mi). Within 12 days, 52 aftershocks measured at 4.5 and greater were recorded. The death toll is estimated between 100,000 to 316,000 with up to 3 million people affected in total. The earthquake brought a toll of sadness to the region causing damage to neighbouring cities and states.

The 1920 Haiyuan earthquake, also called the 1920 Gansu earthquake, occurred on December 16th, 1920 in Haiyuan County, Ningxia Province, Republic of China. The earthquake hit the county with a magnitude of 7.8 Mw followed by a series of aftershocks which lasted three long and devastating years. With about 200 km (125 mi) of surface faulting being seen from Lijunbu through Ganyanchi to Jingtai, over 73,000 people were killed in the Haiyuan County alone. A life-changing landslide buried the village of Sujiahe in Xiji County with more than 30,000 people reportedly killed in Guyuan County. In the cities of Longde and Huining, nearly every house collapsed. A damage (VI–X) occurred in seven provinces and regions, including the major cities of Lanzhou, Taiyuan, Xi’an, Xining and Yinchuan. The earthquake was so great, it was felt from the Yellow Sea to Qinghai (Tsinghai) Province and from Nei Mongol (Inner Mongolia) south to central Sichuan Province. Talk about destruction.

The Tangshan earthquake of 1976 is regarded as the third deadliest earthquake in history. Also referred to as the Great Tangshan earthquake, the natural disaster resulted from a magnitude 7.6 earthquake that hit the region around Tangshan, Hebei, People’s Republic of China. It hit on July 28, 1976, at exactly 3:42 am. It took just minutes for the city of Tangshan, which was an industrial city, home to about one million inhabitants, to cease to exist. Eighty-five percent of the buildings in the city collapsed or were labelled unusable, all services failed, and most of the highway and railway bridges collapsed or were seriously damaged. Records reveal that at least 242,000 people died or more.

The Central China Floods of 1931, also called the 1931 Yangzi-Huai River floods, was one of a kind. It was a series of floods that occurred in the Republic of China and are regarded as some of the deadliest floods recorded in history with a death toll estimated from 422,499 to 3.7million and 4 million. China experienced a 2-year long drought between 1928 and 1930 and was followed by a harsh winter season. A large amount of snow on land and in mountains melted, flowed down and hit Yangzi during the season of heavy spring rain, creating unbelievably high levels of water over time. The government estimated 25 million as the number of people affected by the floods.

Hurricane Katrina is a household name in the United States of America. It was a category 5 hurricane that struck the Gulf Coast of the US in 2005. The deadly and destructive hurricane took lives, livelihoods and hope from the homes and hearts of many, causing severe damages from central Florida to eastern Texas. Over 1,000 people died in the hurricane and subsequent floods, with property damage estimated at $125 billion USD. It was the second most devastating hurricane in United States history after the 1928 Okeechobee hurricane.

In 2011, a deadly earthquake hit the Pacific coast of Tōhoku. With a magnitude of 9.0–9.1 (Mw), the undersea megathrust earthquake off the coast of Japan occurred on the 11th of March 2011 at an underwater depth of about 29km (18 mi). The central point of the earthquake was approximately 70km (49 mi) east of the Oshika Peninsula of Tōhoku, Japan. The earthquake is the largest ever recorded in Japan. The Tohuku earthquake and tsunami rendered 15,896 dead, 6,157 injured and 2,537 people missing. The disaster didn’t just destroy lives, it also destroyed properties, economies and cities. The tsunami alone caused nuclear accidents and level 7 meltdowns, with millions of homes left without electricity.

On November 12, 1970, the 1970 Bhola cyclone struck East Pakistan, now present-day Bangladesh, and India’s West Bengal. It was a devastating tropical cyclone that claimed up to half a million lives. Till date, the 1970 Bhola cyclone is the deadliest of its kind ever witnessed and one of the deadliest natural disasters recorded in history. The storm surge devastated many offshore islands, wiping out villages and destroying crops throughout the region. Upazila, Tazumuddin lost 45% of its population.

A great drought affected eastern Africa between July 2011 and mid-2012. Causing major food crisis in Somalia, Djibouti, Kenya and Ethiopia, it was described as “the worst in 60 years” and it threatened the lives of 9.5 million people. Many Somalian refugees fled to neighbouring Kenya and Ethiopia. Overcrowding, unsanitary conditions coupled with immense malnutrition caused a large number of deaths during the time. Other eastern countries like South Sudan, Uganda and Sudan were also affected by the East Africa drought. There was also a high loss rate of livestock.

The Nevado del Ruiz volcano eruption 1985 erupted on the 13th of November 1985, ejecting dacitic tephra above 30 km (19 mi) into the atmosphere. The total mass of the erupted material was a whopping 35 million tonnes. The tragedy melted ice in the area, destroyed lakes, contaminated it and killed over 23,000 people and injured approximately 5,000 with more than 5,000 homes destroyed. 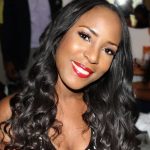 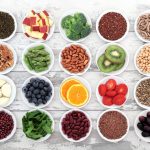 10 Foods that Boost Your Immune System