Davido was born David Adedeji Adeleke on November 21, 1992, in Atlanta Georgia, United States. He is a Nigerian singer, songwriter and record producer. The music star has gone from endorsement deal to endorsement deal and has worked with stars like Meek Mill, Mayorkun, Naeto C, Olamide and Tekno. Davido’s music has a different vibe to it and here are his top ten songs.

Dami Duro by Davido was a certified banger the moment it dropped late 2011. It was his second single which came months after his debut single ‘Back When’ which dropped in the first quarter of that same year. Dami Duro was catchy and the sound was new, it marked the beginning of the pon pon sound era. It was the perfect second single that shot Davido into the limelight and nationwide fame. The track was produced by super producer Shizzi and the video featured other industry cats including his cousins, B-red and Sina Rambo. Dami Duro birthed the one and only OBO.

“Like Dat” by Davido was his best release of 2017. After a year-long drought, Davido graced 2017 with four solo tracks which were major hits, with ‘like dat’ being the biggest of them all. The hit was produced by Shizzi as usual and was the song of December in Lagos, Nigeria. The sound was different as it wasn’t the usual pon pon music and the video was more subtle than loud. The song describes the ultimate Lagos mood in December when all you care about is the Hennessey in your body.

Aye by Davido had the fans grooving for more than a year. The song took us back to the olden days of Yoruba love. The song was released in 2014 off his second studio album ‘The Baddest’. Produced by TSPize, the song charted at number one for weeks. The song also earned him a couple of nominations, they include; Soul Train Music Award for Best International Performance, City People Entertainment Awards for Video of the Year, Nigeria Entertainment Award for Hottest Single of the Year and City People Music Award for Popular Song of the Year.

‘If’ by Davido was his first release of 2017. The song marked the end of the music drought from the hit musician. ‘If’ was catchy romantic, and David Adeleke, popularly known as Davido¸ tested his vocal range for this song, hitting notes he normally wouldn’t try. The video was colourful and different, featuring the famous member of the CEO Dancers, Nqobile. This song won him and the producer numerous awards which include the 2017 Nigerian Entertainment Award for Best Single, 2017 City People Music Award for Music Producer of the Year, 2017 City People Music Award for Popular Song of the Year, the 2018 Headies Award for Song of the Year and the 2018 Headies Award for Best Pop Single.

FIA by Davido was released in the last quarter of 2017. The song was a radio hit and at the time of its release was a song you’d hear playing in every snapchat story and Instagram story. FIA was produced by hit producer Fresh and it is one of Davido’s hottest releases till date.

Fall was Davido’s second single of 2017. At first, it faced harsh reviews from the fan but after a few weeks, the public felt the vibe and it became an anthem. The catchy tune was a different side to the same old love songs of David Adeleke. Though the lyrics were a source of comedy, the song did well on the charts and was nominated for several awards.

On this song, Davido, teamed up with top industry cat and the king of the streets, Olamide to deliver a summer jam. The song ‘Summer body’ was a heavily relatable hit for the summer holidays. The catchy tune enjoyed a lot of airplay and sampled a popular nursery rhyme which made it even more memorable and catchy.

‘Back When’ by Davido was his debut single, released in the first quarter of 2012. This song was new fresh and featured the fresh face of the OBO. At least then, the fans didn’t know he was never broke. A reason why a lot of people like the think the song caught the nation’s attention is because the Nigerians are suckers for the grass to grace story. The hit track featured legendary rapper, Naeto C.

Assurance by Davido set the bar for all Nigerian men in love. The song was released at the same time as his girlfriend’s birthday earlier on in the year 2018 and the video starred his very beautiful girlfriend, Chioma, as his love interest. At her 23rd birthday dinner, Davido gifted his girlfriend a Porsche with plate number ‘Assurance’. This made the already popular song go viral. The hit single was produced by Speroach beatz. 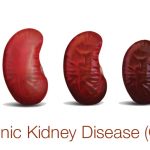 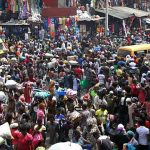 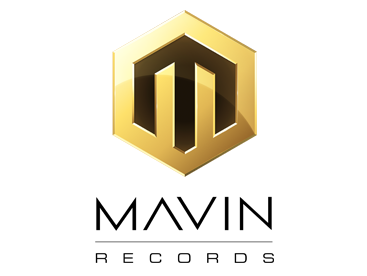