The bank is the financial institution that houses most of our finances and creates credit. The top 10 banks in Nigeria have served customers for years and will continue to create banking solutions for years to come. Though the transaction charges, and debit card maintenance charges are a scam, it’s part of the Nigerian banking life. Banking in Nigeria has evolved from what it used to be and these banks are becoming more innovative.

Here are 10 of the best banks in Nigeria.

First Bank Plc is a multinational bank and the largest bank in Nigeria by total deposits and gross earnings with a network of 750 business locations across Africa, the United Kingdom and representative offices in Abu Dhabi, Beijing, and Johannesburg. First Bank specialises in retail banking and has the largest retail client base in Nigeria. The bank operates along four key Strategic Business Units (SBUs) – Retail Banking, Corporate Banking, Commercial Banking and Public-Sector Banking and as of December 2015, the Bank had assets totalling NGN3.9 trillion ($12.2B according to 2017 exchange rates) winning “The Best Bank Brand in Nigeria” title five years in a row from 2011-2015. First Bank also has subsidiaries in the Democratic Republic of Congo, China, United Arab Emirates, United Kingdom, Guinea, Ghana, Senegal, Sierra Leone, South Africa and France.

Diamond Bank Plc is a multinational financial service provider. The bank was founded in 1990 and began as a private limited liability company in March 1991. In 2001 the company became universal and as at 2005, it became a public limited liability company. Over the years, Diamond bank has grown bigger and better. With 240 branches in Nigeria, 20 in Benin Republic, 3 in Cote d’Ivoire, 2 branches in Senegal and 1 in Togo, the bank’s assets were valued at N1.7trillion as at 2012 and is one of the best banks in Nigeria.

United Bank of Africa is a leading pan-African financial service, headquartered in Nigeria. UBA is one of Nigeria’s most prominent banks, running many schemes and public funding outreaches. The bank operates in 20 African countries with offices in three global financial centers, London, Paris and New York. UBA has been operating in Africa since 1949, referred to then as the British and French Bank Limited (BFB). It took over the assets and liabilities of BFB and was incorporated as a limited liability company on 23 February 1961 under the Compliance Ordinance (Cap 37) 1922. In 2006, the bank pioneered the interconnection of its then, 428 African branches making it the largest online real time branch network in Africa. Africans are able to withdraw or deposit money in any of these branches regardless of where their accounts are domiciled. Since then it has grown to have about 14 million customers and 1,000 business offices and customer touch points, globally and has been in the forefront of technology in the African banking system and recently launched the first artificial intelligence Virtual Banking Robot in the African market.

Zenith Bank is on the list of top ten banks in Nigeria for its unique services. It is licensed as a commercial bank by the Central Bank of Nigeria, the central bank, and banking regulator. Zenith Bank was established in May 1990 and commenced banking operations in July of the same year. On June 17th, 2004, following a successful IPO, the bank became a public limited company and on the 21st of October that same year, its shares of stock were listed on the Nigeria Stock Exchange (NSE). The bank’s shares are traded on the London Stock Exchange (LSE) following a listing of the $850 million worth of its shares at $6.80 each, in 2013. Zenith Bank is considered a large financial service provider in Nigeria and Anglophone West Africa. Zenith Bank Plc boasts of over 500 branches and business offices in all states of the Federation including the Federal Capital Territory with subsidiaries in the United Kingdom, United Arab Emirates, Ghana, Sierra Leone, The Gambia and representative offices in South Africa and China, to serve its numerous customers.

Access Bank Plc is a Nigerian multinational commercial bank owned by Access Bank Group, licensed by the Central Bank of Nigeria and national banking regulator in 1989 and was listed on the Nigerian Stock Exchange in 1998. Access Bank is one of the largest banks in Nigeria in terms of assets, loans, deposits and branch network. As of December 2015, the bank had an asset base more than US$12.2 billion (NGN:2.412 trillion), and shareholders’ equity valued at approximately US$1.86 billion (NGN:367.8 billion). Originally a corporate bank, the organization acquired personal and business banking platforms from Nigeria’s International Commercial bank in 2012. Access Bank Plc has its subsidiaries in eight Sub-Saharan African countries and the United Kingdom.

Wema Bank Plc is also a commercial bank in Nigeria and one of the best. The bank was established on May 2, 1945, as a private limited liability company under its former name, Agbonmagbe Bank Limited. Wema Bank is Nigeria’s longest surviving indigenous bank. It was granted a commercial banking license and commenced banking activities during the same year. Wema Bank converted to a public limited liability company in 1987. Wema Bank became a national bank, with capital base of over N43.8billion having met the regulatory requirements for the National Banking license as stipulated by the Central Bank of Nigeria. The bank pioneered a mobile banking platform that changed the face of e-banking in Nigeria. Wema Bank launched the first fully digital bank in Nigeria- ALAT by Wema in May 2017, which has gotten them a lot of recognition and awards. Wema Bank operates a network of over 135 branches and service stations backed by a firm ICT platform across Nigeria.

Skye Bank Plc is one of the twenty-six commercial banks licensed by the Central Bank of Nigeria. Skye Bank is a financial service provider serving customers in West and Central Africa with subsidiaries in Sierra Leone, the Gambia, the Republic of Guinea, Liberia, Angola and Equatorial Guinea. The ban originated in 1989 when Prudent Bank Plc was incorporated as a limited liability company. In 1990 the bank was issued a license as a merchant bank and rebranded to Prudent Merchant Bank Limited. In 2005 the bank was merged with four other banks to become Skye Bank. As of September 2010, the bank’s total assets were valued at more than US$3.9 billion (NGN:611.5 billion), with shareholders’ equity of approximately US$630 million (NGN:98.4 billion).

Guaranty Trust Bank popularly called GTBankor just GTB is one of the most popular banks in Nigeria. The bank is a multinational financial service provider that offers Online banking, Retail Banking, Corporate Banking, Investment Banking and Asset Management services. The beginning of GTB was marked with the incorporation as a limited liability company licensed to provide commercial and other banking services to its customers in 1990 and began operations in 1991. GTBank has grown from strength to strength and is the first bank in Sub-Saharan Africa and Nigerian joint stock company to be listed on the London Stock Exchange and Deutsche Borse, raising its IPO. Guaranty Trust Bank Plc is the bank known to be a part of every field, media, food, fashion, education, real estate and more. In 2011 GTB became the largest bank in Nigeria by market capitalisation. GTBank Plc has 231 branches, 17 Cash Centres, 18 e-branches, 41 GTExpress locations and more than 1165 ATMs in Nigeria. GTBank has expanded to Cote d’Ivoire, Gambia, Ghana, Liberia, Sierra Leone, Uganda, Kenya, and Rwanda. These countries belong to the “Eco zone”. It has also expanded to the United Kingdom.

Eco Bank Nigeria is another one of Nigeria’s commercial banks licensed by the Central Bank of Nigeria. Eco Bank began operation in 1986 and is a universal bank, providing wholesale, retail, corporate, investment and transaction banking services to its customers in the Nigerian market. In December 2011, the expanded Ecobank Nigeria controlled total assets valued at approximately US$8.1 billion (NGN:1.32 trillion), making it one of the five largest banks in Nigeria and had 610 free-standing branches following the merger with Oceanic Bank. The bank has a large network of 1,000 branches spread across 32 countries with subsidiaries in Paris, Johannesburg, London and Dubai.

Union Bank Plc is a commercial bank which provides services to individuals, small, medium and large organizations and corporations. The history of Union Bank dates to 1917 when it was founded as Colonial Bank. n 1925, Barclays Bank acquired Colonial Bank, changing the bank’s name to Barclays Bank (Dominion, Colonial and Overseas) or Barclays Bank (DCO). In 1969, Barclays Bank DCO was incorporated in Nigeria, as Barclays Bank of Nigeria Limited, to comply with new banking laws enacted in 1968. In 1979 the ban changed the name to Union Bank Plc following a sale of 40% of the bank’s shares to Nigerian individuals and businesses to comply with the recently enacted laws on banking and investments. The branch has a vast network and interconnected branches across the federation with two wholly owned bank subsidiaries, Union Bank UK and UBN Property Company Limited in Nigeria. 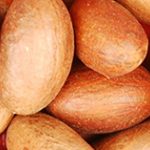 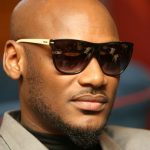