Tara Fela-Durotoye is a Nigerian makeup artist, lawyer and beauty mogul. She was born March 6, 1977, making her 41 years old. Tara Fela-Durotoye is the founder and CEO of the popular beauty company, House of Tara International (HOT). Nothing short of a pioneer in the bridal makeup profession in Nigeria, Tara launched the first bridal directory in the year 1999. She also set up phenomenal makeup studios and established the first makeup school in Nigeria. Along with House of Tara, Tara Fela-Durotoye is the creative brain behind the Tara Orekelewa Beauty range, Inspired Perfume, and the H.I.P Beauty range.

Tara was born at St. Nicholas Hospital, Lagos. She started her education at Command Children School, Victoria Island and went on to Nigeria Navy Secondary School, Ojo, where she was a boarder. In 5th form, she was made the Sanitary and Welfare Prefect. Tara is a Lagos State University alumnus, with a degree in Law. It was after her university education she proceeded to establish the House of Tara International brand.

Tara Makeovers was founded in 1993. 5 years later in 1998, House of Tara Intl. was established. The ever growing business launched their makeup school in 2003, following up with the introduction of Tara Orekelewa Beauty Rep business initiative was in 2005. In 2007, House of Tara held the ‘Be Inspired’ campus storm with 1500 students in attendance. That same year she was awarded the Africa SMME Award and the Entrepreneur award in South Africa. 2008 saw the 10th Anniversary, ‘Be Inspired’ Fragrance and in 2009 she started a branch network by opening branches of the business in Ikeja, Ibadan and Abuja. In the last 8 years, Tara Fela – Durotoye has launched the H.I.P range, partnered with Maybelline New York. The brand has developed a Multi Brand & Distribution Channel Strategy and organised the 1st ever Makeup in Nigeria Conference (MINC). It doesn’t end there. HOT has launched a studio in Centro Mall, Lekki, Lagos, Nigeria, expanded to Kenya and features on CNN. House of Tara also expanded to Rwanda, opened a Corporate Headquarters and done its first makeup school training in Kenya. The list of achievements is endless, HOT still grows as the brand opened two branches in Key export markets, expanded to the USA and created a collaborative product (Pigments by Jide of St. Ola). In 2013, Forbes listed her as one 20 Young Power Women In Africa.

The House of Tara beauty range consists of various makeup items. These items include makeup tools, foundations, pressed powders, eyeliners, primers, eyeshadows, blush, highlighter, lipsticks, lip liners, eyebrow pencils and more. The House of Tara brand has gained a nationwide reputation for unequalled expertise and superior quality. A household name, HOT has paved a way for numerous makeup artists in Nigeria and Africa as a whole today. Back when makeup artistry was seen as a profitless profession, Tara Fela-Durotoye defied the odds and made an empire. With 19 branches across the nation, HOT is arguably the biggest beauty brand in the country.

House of Tara Makeup Studios has the infrastructure and manpower to provide makeup services to women in Lagos, Abuja, Benin, Uyo, Ibadan, Ilorin, Enugu, Asaba, Port-Harcourt, Kano and Kaduna. It could be your wedding, birthday, anniversary etc, House of Tara is known to do it. For those who are yet to make the connection, Tara Fela-Durotoye is wife to Fela Durotoye, a business strategist and corporate activator, chief executive officer of Visible Impact. Fela Durotoye made his intention to run for President come 2019 in February. He will be running under the political party Alliance for new Nigeria. Together they have three sons, Mobolurin, Demilade & Morolaoluwa. Tara is an inspiration, not just to girls who have carved a niche for themselves in the beauty industry, but for women as a whole. She is a go getter, a boss and above all a beautiful woman. 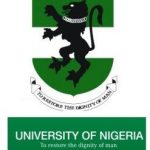 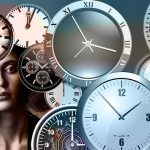