Stella Dimoko as she is popularly called with her full name being Stella Dimoko Korkus is one of the most popular Nigerian bloggers in Nigeria. She leads a popular SDK news blog stelladimokokorkus.com. As for the blog traffic, some sources put it on the 55th place, the others on the 72nd, when it comes to Nigerian traffic. In any case, Stella Dimoko Korkus blog is one of the most visited blogs in Nigeria. It gets over 30 and readers each day, by which majority of them are Nigerians.

The famous Stella Dimoko was born in Lagos on the 22nd of August. The blogger who has always kept her age a secret grew up in Lagos, Nigeria, where she received and completed her Elementary and Secondary education. After leaving secondary school, Stella got her admission to the University Of Benin where she graduated with a Third Class degree in Linguistics with English as a reference. Her dream after school was to become a bank employee, though things did not work out for her as she thought and planned. Thereby, making her accept the first thing her hands found to do which was ” News Writing”. It was a vacancy announcement where writers were needed and Stella went for the interview. She began her journey as a news writer in the magazine Hints, and then in Encomium. For a short time, she worked as a writer for a couple of print medias, and it was a difficult job. After a while, she started writing news for online sources and later created her own blog years back but did not go far because she lost it before starting the one she operates currently which has become so popular to the extent of making her acquire a domain. Mrs. Dimoko Korkus has succeeded because she keeps abreast of all the latest events in the world of celebrities. All the “hottest and top gist”of Nigerian showbiz first appear on her blog and then are spread on the Internet.

The blogger is not afraid of fights and scandals. She often creates them with her acute publications. Even her name provokes a challenge to society. Not only is she one of the biggest names in the business, Stella has over the years grown to become fearless and one of the most dreaded gossip journalist in Nigeria. It is tough to be always at the peak of events and thoroughly monitor what is going on in the world of celebrities. You need to work very hard, Stella works from home but her working day starts very early. It is said that if one wants to be above the others, then it is necessary for such person to put in more effort and not be afraid to take risks. The famous blogger Stella starts working on the blog every day as early as 5 a.m, She got used to waking up so early because of her son who cried a lot as a baby. Stella protects the private data about her children and family. At the same time, she works hard to reveal the hottest facts from the life of showbiz stars to the readers. The blogger digs out most of their secret skeletons from their closet. In her blog, the author posts news about Nigerian and world celebrities. Stella’s blog is notable for the fact that it has a lot of rubrics. Among them, there are events, news, rumours, lifestyle, fashion and more. Stella’s regular visitors created a certain community base on the blog, as a lot of its readers know each other. They discuss news and share their views about what they read. Journalist’s experience and a natural flair for hot facts is one secret to Mrs. Dimoko Korkus blog popularity at a high level. Stella Korkus along side her great achievements has also received the Nigeria Entrepreneurs Award for Online Blog of the year.

SDK is the popular name given by Stella Korkus to her online blog. The popular blog is known to feature celebrities gist, entertainment news,Life in general and a host of other interesting topics. Stella and her blog has become a household name in Nigeria as readers formed a visitors/community popularly referred to as SDKers.

Stella’s Sdk blog is well described as the jack of all trades on the internet creative features and unique columns such as; The in – house news ( IHN ), Chronicles of a blog visitors, educative, entertaining, inspirational, wordless post,spontaneous post, Saturday laughs among others.

Stella Dimoko Korkus is married to Mr Stephen Korkus. They both got married in the year 2003 and in 2004 she moved to be with him in Germany, Stephen Korkus, Stella’s husband is said to be cool with his wife kind of job and helps her both financially and also to keep the blog going when he is free from his busy job and also help her to source for new and interesting stories online. Stella and her husband are blessed with lovely children. However, there is no much information about their children, how many they are and their genders.

Some Quick Facts About Stella Korkus

Here are some major quick facts about the fearless journalist who says she does not pretend and is not threatened by anything. 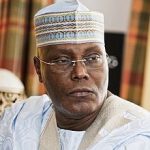