Solid minerals are naturally occurring substances that are solid and inorganic, representable by a chemical formula. Nigeria is a country rich in arts, culture, and mineral resource.

Solid mineral resources can be found in large quantities in the fertile country, Nigeria, however, due to the influence of oil resources the mining industry only makes up for o.03% of the GDP.

The mining industry in Nigeria is underdeveloped with not much attention given to it. This leaves the public ignorant of the bountiful materials their country holds.

A developed mining industry will create jobs for indigenes of home states and encourage breakthrough innovations that will put Nigeria at the forefront in mineral resource refining. Examples of solid minerals in Nigeria include tin, coal, and columbite and they have various uses.

Historically, Nigeria’s mining industry was monopolized by state-owned public corporations. This led to a decline in productivity in almost all mineral industries.

Coal was discovered in Enugu in 1909 and the Ogbete drift mine was open six years later in 1906. This mining corporation along with others was merged in 1950 to form Nigerian Coal Corporation (NCC), which had a monopoly in the market. The oil discovery in Nigeria knocked the coal industry down as its largest customer, Nigerian Railway Company replaces coal burning trains with diesel-engine trains. Slowly, other coal users began changing their fuel choice leaving the coal industry broken. Nigeria began exporting coal however it did not last long as it eventually put South-Eastern companies out of business. Nigerian coal has been found suitable for use as boiler fuel, production of high calorific gas, domestic heating, briquettes, formed coke and the manufacture of a wide range of chemicals including waxes, resins, adhesives, and dyes. Coal can be found in Anambra, Enugu, Benue and Kogi states.

Gold mining began in 1913 and peaked in the 1930s during the Second World War. Gold deposits can be found in Northern Nigeria, precisely near  Maru, Anka, Malele, Tsohon Birnin Gwari-Kwaga, Gurmana, Bin Yauri, Okolom-Dongondaji,  and Iperindo in Osun State. During the war, mines were abandoned, produce were never recovered causing production to decline. Smaller deposits of Gold can be found in Abia, Abuja, Bauchi, Edo, Cross River, Niger, Sokoto, Oyo State, Kebbi, Kaduna, Kogi, and Zamfara. Gold is useful for numerous reasons. It is used for jewelry and décor, conducts electricity and does not tarnish. It is used as a food additive in food and drinks, in medicine, it is used for Cancer treatment and health issues. It guarantees the value of currencies and more.

Columbite is one of the natural mineral resources deposited in large quantity. Columbite can be found in Northern Nigeria, Plateau, Kogi, Kano, Nasarawa, Kaduna and Bauchi states, specifically. Prior to oil discovery, columbite was one of Nigeria’s major export products. Columbite and Tantalite a collectively known as coltan in Africa. Both elements are used as ores for niobium and Tantalum. Tantalum is a very rare element used for electronics manufacturing. Wolframite (Tungsten) is found in Northern Nigeria.

Bitumen was first discovered in Nigeria, in 1900 and active exploration began in 1905. Deposits can be found mainly in South- Western Nigeria, Lagos, Ondo, Ogun and Edo states specifically. It is asserted through some research that the tar sands we know as bitumen contain up to thirteen billion barrels of oil. Bitumen is primarily used for road construction to bind aggregate particles to create asphalt concrete, waterproof in bituminous products. It is also used in the production of sealing flat roofs and roofing felt.

Iron ore is deposited in numerous sites in Nigeria, however, it is purest in Itakpe, Kogi state. The iron ore contains four main types of iron oxides deposits solely dependent on the mineralogy and geology of the ore deposits, namely magnetite, titanomagnetite, hematite and pisolitic ironstone.  Iron ore exploration began in 1979 and now exportation of excess resources beyond domestic needs is being explored and foreign investments in Guinea are being considered. This ore can be used for steelmaking for cars, ships, beams used in buildings, paper clips, furniture, tools etc. it is also widely used in blast furnaces to make pig iron.

Recently, the British Geological Survey discovered several important uranium deposits have been discovered in Cross River, Adamawa, Bauchi, Taraba, Plateau and Kano states. Uranium is a mineral resource in Nigeria which remains untapped as there haven’t been continuous major efforts to explore the resource 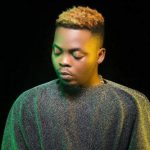 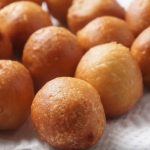 Nigerian Snacks : How to Make Puff Puff And Chin Chin