Social Networking Sites are web 2.0 platforms that allow you to connect with individuals around the world by sharing content on the world wide web. There are different types of social networks and the use of social media has taken a new dimension. Social media has become the lives of numerous individuals stored in the virtual community that is the internet. The most popular social networking sites are free. Social media allows you to build a profile online which should be a reflection of your persona. You can chat, connect, share photos, videos, campaigns and more. Social networking sites like Facebook have taken the new media to a whole new level, incorporating digital media and marketing. These sites now have features that are business oriented, allowing you create online ads, for campaigns, projects and also providing tools to manage your online presence. Over the years, various social networks have peaked and remained at the top, while others peaked and declined. Today’s millennials are the first generation to fully experience the evolution of social networking.

Here are 7 pioneer social networking sites, the question is where are they now.

MySpace is a social networking website that offers an interactive, user-submitted network of friends, personal profiles, blogs, groups, photos, music, and videos. It was founded in 2003. Myspace was the largest social networking site in the world, from 2005 to 2009. MySpace was the social network everyone who was anyone in high school was on. MySpace had a great influence on the trends, and pop culture of the youth at the time and once surpassed Google as the most visited website in the United States. In 2008, Facebook surpassed MySpace on Alexa rankings in unique global visitors. Though the network still raked in millions, it experienced a great decline in membership. Over time, MySpace became a shadow of itself. In 2016 the network was bought by Time Inc.

Bebo was the red and black social network that had every teen feeling they were finally grown. Bebo was a social networking website launched in 2005, that now describes itself as “a company that dreams up ideas for fun social apps;”. Bebo was founded by husband-and-wife team Michel and Xochi Birch in January 2005 at their home in San Francisco. Bebo was unique and it had features like profile themes called skins, hearts, profile comments, direct messages, photo albums and the most loved feature ‘your other half’. At Bebo’s height of popularity, it overtook MySpace to become the most widely used social network in the United Kingdom. In 2009, most Bebo users moved over to rival site Facebook, this left AOL with the decision to either sell it or shut it down. On June 16, 2010, AOL sold Bebo to hedge fund operators Criterion Capital Partners.

Hi5 is a social networking platform founded in 2004 and based in San Francisco, USA. In 2007, it was the second most popular platform after MySpace. For most pre-teens, Hi5 was their starting point. Hi5 had just about the same features of most social networks including friend networks, photo sharing, user groups, and status updates. In 2009 Hi5 redesigned to add features the leaned toward gaming and entertainment. This was different from other networks. However, unlike other networking legends, Hi5 didn’t experience a great decline in unique membership, there was a shift in focus. By 2010 Hi5 practically became a gaming site with a whole new focus and members had to be 18 to join.

MSN was the first mobile like a chatroom. MSN which is short for messenger was the instant messaging platform for Hotmail. According to Wikipedia, MSN is a web portal and related collection of Internet services and apps for Windows and mobile devices, provided by Microsoft and launched on August 24, 1995, the same release date as Windows 95. MSN was different and easy, the messages were instant allowing, group chat features, photo sharing and it introduced the world to smileys which are now called emojis. The instant messaging platform allowed users add friends by their Hotmail (now Outlook) email addressed. It allowed profile pictures and custom fonts. The MSN platform launched other extensions over the years including weather, sports, news, autos, video, lifestyle, money, business, health and fitness, entertainment, food and drink and even travel. The messenger feature became less popular when blackberry’s BBM gained ground.

eBuddy was more like all social networks in one. eBuddy is a privately held Dutch software company that offers instant messaging services. eBuddy Chat was a line of multi-protocol instant messaging clients: it allowed users with Facebook Chat, MSN, Google Talk, Yahoo Messenger, ICQ and AOL accounts to chat free of charge in one aggregated interface. eBuddy was the saviour, whenever something went wrong with your social media account elsewhere. The platform took its service from being just a web interface to a mobile app and in 2010, it was named one of the five finalists for the best mobile app in the Mashable awards. eBuddy is now owned by an e-booking company.

Keek was short lived. Keek was a free online social networking service that allowed its users to upload video status updates, which were called “keeks“. Users could post keeks to the Keek website using a webcam or via the Keek mobile apps for iPhone, Windows Phone, BlackBerry, or Android. Keek was different from what the audience was used to, however, it failed to implement its uniqueness, giving Vine the edge to compete and dominate. Keek was the new platform in high school that gave girls instant American accents whenever they pronounced ‘Keekers’. The platform was seen as a micro Youtube with the aim of delivering a more engaging social video experience. Keek had unique 36-second videos which beat Instagram videos by 6 seconds. The social network expanded to support mobile apps on various operating software and on October 2016, was rebranded as Peeks video.

2Go was a widely used by many individuals in Africa, and by a certain social class was seen as an MSN or BBM knockoff. 2Go is a free mobile social networking application developed by 2go Interactive (Pty) Ltd in Cape Town, South Africa. 2Go supports over 1,500 different devices, including feature phones, in addition to Android, BlackBerry OS, and BlackBerry 10 smartphones. 2Go was the social network, that had teens binge texting through the night, and then make noise about it in school. The instant messaging application was addictive. 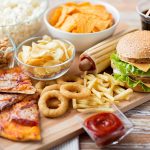 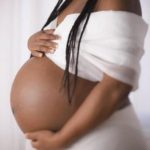 All You Need to Know to Stay Healthy During Pregnancy