Richest Musicians in the World 2018

The Richest Musicians in the world are the high and mighty of the music business. These individuals have racked up success in different industries stemming from the music business. Serving some of the richest men in hip-hop and the richest female musician on the planet, this list is a whole lot of accomplishments. Musicians sell a gift that is so powerful, a gift that can divide, unite and communicate. A tool that has been used to make changes that only history’s stories reveal. The gift is music.

Here are the richest musicians in the world.

Paul McCartney is undoubtedly the most popular British musician in the world. He was born in Liverpool, England, UK. Paul McCartney rose to fame as one of the members of the world-renowned group, The Beatles. After the group disbanded came a solo career and after which he formed a band called the Wings with his wife Linda and Denny Laine. In his career, the 76-year-old musician recorded over 100 million album sales, 60 gold discs and is regarded by the Guinness Book of World Records as the most successful musician of all time. He is also considered to be the most successful songwriter on UK charts. The superstar English composer, songwriter, singer, and multi-instrumentalist is estimated to be worth $1.28 billion.

Andrew Lloyd Webber is an English composer of musical theatre. Born in Kensington, London, he earned his net worth through the composition of 13 musicals, a set of variations, a couple of film scores and a Latin Requiem Mass. Andrew Lloyd Webber is a heavily awarded musician with 3 Grammy awards, an Oscar, 7 Oliver Awards, a Golden Globe Award and 14 Ivor Novello Awards to his name, including a knighthood which he earned in1992. Webber is the is the President of the Arts Educational Schools in London and his company, the Really Useful Group is regarded as one of the largest theatre groups in the UK, organising national tours and more. This legend has an estimated net worth of $1.2 billion dollars

Shawn Corey Carter widely known as Jay Z is an American rapper, songwriter, record producer, and entrepreneur. He is one of the world’s best-selling music artists, and one of the most acclaimed rappers of all-time. Born December 4, 1969, in the concrete jungle that is New York, Jay Z has built an empire from the ground up, becoming the richest rapper in the world. His source of wealth includes fashion, music and sports. Jay-Z sold Rocawear clothing label for $204 million in 2007, signed 10-year $150 million Live Nation deal in 2008. The Brooklyn born rapper also holds stakes in New Jersey Nets, 40/40 Club chain, and ad firm Translation. His memoir, Decoded, hit bookstores in November 2010; business-focused biography Empire State of Mind by Forbes’ Zack O’Malley Greenburg followed in March. Jay Z has sold approximately 100 million albums worldwide while receiving 21 Grammy Awards for his musical work, and numerous additional nominations. His net worth is estimated at a whopping $900 million.

Herb Alpert is an American Jazz musician and recording industry executive most associated with the group variously known as Herb Alpert & the Tijuana Brass, Herb Alpert’s Tijuana Brass, or TJB. He is the ‘A’ of A&M Records, a label he founded with his business party and later sold to PolyGram. Alpert is also a visual artist who has created abstract expressionist paintings and sculpture over two decades, which are publicly displayed on occasion. Born in California, his mother taught him to play the violin. He joined the U.S. army in 1952 where he performed at the military ceremonies frequently where he greatly developed his musical skills. After his retirement from the military, he pursued a career in music which earned him numerous accomplishments. Among his accomplishments are five No. 1 albums and 28 albums total on the Billboard Album chart, nine Grammy Awards, fourteen platinum albums, and fifteen gold albums. Alpert has sold 72 million records worldwide.[1] Alpert is the only recording artist to hit No. 1 on the U.S. Billboard Hot 100 pop chart as both a vocalist (“This Guy’s in Love with You”, 1968), and an instrumentalist (“Rise”, 1979). In 2012 he received the national medal of arts which was awarded to him by Barack and Michelle Obama. This music star is worth an estimated $850 million.

Sean Combs also known as Diddy, P-Diddy, or Puff Daddy is one of the greatest musicians to ever do it. Born in Harlem, New York, Diddy is an American rapper, record producer, actor and businessman. Diddy started his career as an intern at Uptown Records. He established his own record company, Bad Boys Records in 1993, after getting fired from the job. He signed artists like Notorious B.I.G, Faith Evans, 112, and Total. He also produced some of the notable songs for TLC’s “CrazySexyCool” album which was an instant hit in the 90s. Diddy has won numerous awards including three Grammy awards, four BETs, two MTV Video Music Awards and one NAACP Image. Awards. Asides his music Diddy has appeared in several films and TV series and he produced the hit reality show on MTV, Making the Band from 2002-2009. The father of five also formed his own clothing line, Sean John, in 1998. He owned two restaurants, Justin’s in New York and Atlanta which closed in 2007 and 2012, respectively. He also acquired Enyce clothing line from Liz Clairborne in 2008. He is worth an estimated $825 million.

Dr. Dre is the one and only doctor of hip-hop music. Born in Compton, California, Andre “Dr. Dre” Young is a producer, rapper and entrepreneur worth millions of dollars. Dr. Dre helped launch careers of Snoop Dogg, Eminem, 50 Cent. More than any other rappers. He was one of the pioneers of what is called gangster rap and his own variation of the sound, G-funk shaping rap culture as a whole. He is associated with companies that are written in the stone of hip-hop history. Dr. Dre expanded his wealth with Aftermath record label, Beats headphone and HP laptop line. In 2011, Dr. Dre sold 50% stake in Beats Electronics, to Taiwanese smartphone maker HTC for $310 million and in 2014 Beats Audio was purchased by Apple for $3 Billion dollars, making Dre the richest man in hip-hop, surpassing a long-time position holders Diddy and Jay-Z at the time.

Madonna is the world’s favourite diva. She is an American singer, songwriter, actress and entrepreneur and the richest female musician in the world. Born Madonna Louise Ciccone in Bay City, Michigan, Madonna is one of the greatest music icons of all time. According to Forbes, she has sold more than 300 million records worldwide and is recognized as the world’s top-selling female recording artist of all time by the Guinness World Records. She is the smarted music businesswoman, raking millions from concert ticket sales, owning luxury clothing and perfume lines, collecting paintings, invested in real estate and owns a stake in the Tidal streaming company. Madonna the it girl is worth an estimated $580 million. 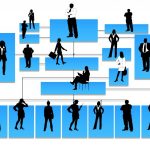 Importance of Communication in an Organization 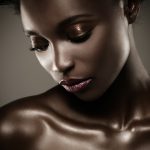