Footballers are one of the admired professions by young teenagers all over the world. The profession is quite a difficult one because to attain the height of playing for top clubs is a lot of hard work. even with the difficulty, many young people have been able to make their way to fame and are duly recognized and rewarded handsomely for their duties.

Richest Footballer in the World

Price Faiq Bolkiah, a Brunei. He is 19years of age and plays for EPL club ” Leicester City” and is in reserve as the richest footballer in the world. Unlike football legends, who earns their money directly from the beefy salaries paid to them by their clubs and other publicity endorsements, Price Faiq Bolkiah who is yet to make a single professional debut for Leicester City, owes his vast wealth to the family he comes from. Faiq Bolkiah is a young attacking winger who is one of the heirs to the fabulously rich Sultan of Brunei.

The Sultan of Brunei is the ruler of a small country called Brunei. Until 1990 when he was displaced by Bill Gates, he was the wealthiest man in the world. Today, Forbes ranked him as the world’s fourth-richest royal. Jefri Bolkiah, father of Faiq Bolkiah is a brother of the Sultan and this automatically makes the footballer an important member of the Bolkiah royal family. Prince Faiq Bolkiah could be living in a palace or even holidaying free of charge at the Beverly Hills Hotel which his family owns, but the cute and innocent looking footballer chooses to live his life the hard way, by coming through the ranks at Leicester City and it looks like he’s really good because EFL Championship leaders FC Wolves have reportedly made moves to sign him. Prince Faiq Bolkiah’s father is quite a character, though. He is said to be one of the reasons why the Sultan’s fortunes took a major hit.

Jefri Bolkiah was known as the top playboy of the Brunei royal family. According to certain reports, he spent more than £35m a month on cars, clothes, watches, gold pens and even throw away £1m on karaoke parties with very beautiful women flocking around him. At his highest point, Jefri Bolkiah owned 2,300 cars, including several Rolls-Royces, a fleet of Bentleys, and countless Ferraris. Prince Faiq Bolkiah himself could have had this life if he wanted to but chose to follow his passion and heart’s desire. This kid gave up all these luxuries of life for the sake of football. Of course, he’s at it for time being. People are still on the lookout to see if he change his mind, stop the stress and return to the palace away from the madness of football playing as a royalty.

The young Jefri Bolkiah is estimated to be worth €20BN

Samuel Eto’o Fils ( French pronunciation: Samuel eto fis ) born 10 March 1981 is a Cameroonian professional footballer who plays as a striker for Turkish club Konyaspor. He is the most decorated African player of all time, having won the African Player of the Year award a record of four times: in 2003, 2004, 2005 and 2010. He was third in the FIFA World Player of the Year award in 2005. Eto’o scored over 100 goals in five seasons with Barcelona, and is also the record holder in a number of appearances by an African player in La Liga. In 2010, he became the first player to win two European continental trebles following his back-to-back achievements with Barcelona and Inter Milan. He is the second player in history to score in two UEFA Champions League finals and the fourth player, after Marcel Desailly, Paulo Sousa and Gerard Pique and to have won the trophy two years in a row with different teams.

As a member of the Cameroon national team, Eto’o was a part of the squad that won the 2000 Olympic tournament. He has also participated in four World Cups and six Africa Cup of Nations (being champion twice) and is the all-time leading scorer in the history of the Africa Cup of Nations, with 18 goals. He is also Cameroon’s all-time leading scorer and third most capped player, with 56 goals from 118 caps. He announced his retirement from international football on 27 August 2014. In 2015, he received the Golden Foot Award. Former Cameroon International Samuel Etoo is the most decorated African player of all time. He has won all trophies available for club and country except the World Cup. He has played in England, Spain, Italy, Russia and now Turkey winning trophies with most of the clubs. His best years were spent at Barcelona and Inter Milan where he won UEFA Champions League in two consecutive years. At the number 1 spot, we have the Cameroonian-born star, Samuel Eto’o. He plays for the Turkish side, Antalyaspor where he earns £170,000.

Samuel Eto’o is estimated to be worth $202 Million

John Mikel Obi who began his football career in Nigeria. He is Nigeria’s richest footballer at the moment. His professional football career began in Lyon Oslo –a Norwegian football club. Many years back, John Obi Mikel performed remarkably at a youth world cup whereupon his incredible performance earned him an honour as the second most valuable player of the competition. Following this, Chelsea –an English football club –developed an interest in the Nigerian star. Soon after, he joined Chelsea from Norwegian club.

Mikel’s spell at Chelsea proved to be one of his signature moments in football. His prolonged Chelsea spell of 10 years or more earned him massive wealth and incredible recognition as one of the most notable Nigerian footballers across the world. Though Mikel Obi doesn’t have significant individual awards to his name, the Nigerian star is fortunate to have won a number of important trophies with London-based Chelsea. Currently, Mikel Obi plays for Tianjin Teda –the Chinese team where he is rewarded massively with £8.4 million as annual earnings. Regarding his personal lifestyle, Mikel is seen as a person who fancies expensive assets and by reason of this, he possesses a number of colourful cars coupled with other assets in Nigeria and London.

John Mikel Obi is said to be worth $57 million,

Ronaldo is paid £19 million ($24.4 million) a year. Though Ronaldo gets paid £5 million less than Messi, he has far more sponsors. Ronaldo is “a human billboard for a global portfolio of sponsors” like Nike, Tag Heuer, and Armani. He also has his own CR7 brand which sells aftershave and clothes.

Messi earns half a million every week (£26 million a year / $33.4 million) from his latest contract renewal with Barcelona. The Argentine forward also makes £21 million ($27 million) a year from sponsorship agreements with Adidas, Pepsi, Gillette, and Turkish Airlines.

Zlatan ‘s was on a one-year contract at Manchester United. However, he still trains at the club’s Carrington headquarters and is expected to re-sign with United when he returns from injury. Regardless, he has a lucrative Nike contract and even patented his own name in Sweden.

Rooney left Manchester United as the club’s leading goal scorer of all time. He took a 50% pay cut to join Everton, which reportedly pays him £7.8 million per year.

Gareth Bale is paid £18.2 million by Real Madrid which sums up to ($23.4 million) a year. The Welsh wizard is contractually-tied to the La Liga giants until 2022. His sponsorship agreements with Adidas, Electronic Arts, Sony, and Footlocker are worth £9 million ($11.5 million) a year.

Neymar secured the biggest football transfer of all time when he left FC Barcelona for Paris Saint-Germain this month.

The deal netted him a £26 million per year contract but the Brazilian also receives a salary from his sponsors Nike, Panasonic, Gilette, Claro, and Red Bull. He’s a partner in business management company NN Consultoria and even has his own emojis available for download.

Yaya Touré defied media speculation linking him with a transfer to AC Milan and Inter Milan by signing a one-year contract extension at Manchester City. He was previously earning £10.4 million ($13.3 million) a year but might have had to accept a 50% pay-cut just to stay at the Etihad Stadium.

The veteran defender, John Terry who is now with Aston Villa and is paid £4 million ($5 million) per year deal. 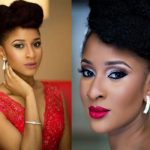 Adesua Etomi: One of Nollywood’s Finest 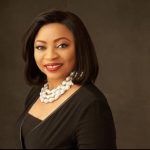