June 7, 2018 6 Mins Read
Share on Facebook Share on Twitter Pinterest LinkedIn Tumblr Email
Share
Share on Facebook Share on Twitter Pinterest LinkedIn Email
Rice is the seed of the grass species. As a cereal grain, it is the most widely consumed staple food for a large part of the world’s human population, especially in Asia. It is the agricultural commodity with the third-highest worldwide production (rice, 741.5 million tonnes in 2014), after sugarcane (1.9 billion tonnes) and maize  (1.0 billion tonnes). Rice is the most important grain with regard to human nutrition and caloric intake, providing more than one-fifth of the calories consumed worldwide by humans. There are many varieties of rice and culinary preferences tend to vary regionally. Rice comes in many shapes, colours and sizes.

Rice, a monocot, is normally grown as an annual plant although in tropical areas it can survive as a perennial and can produce a ratoon crop for up to 30 years. Rice cultivation is well-suited to countries and regions with low labour costs and high rainfall, as it is labour-intensive to cultivate and requires ample water. However, rice can be grown practically anywhere, even on a steep hill or mountain area with the use of water-controlling terrace systems. Although its parent species are native to Asia and certain parts of Africa, centuries of trade and exportation have made it commonplace in many cultures worldwide. First used in English in the middle of the 13th century, the word “rice” derives from the Old French ris, which comes from Italian riso, in turn from the Latin oriza, which derives from the Greek ὄρυζα (oruza). The Greek word is said to be the source of all European words

The varieties of rice are typically classified as long-, medium-, and short-grained. The grains of long-grain rice (high in amylose) tend to remain intact after cooking; medium-grain rice (high in amylopectin) becomes more sticky. Medium-grain rice is used for sweet dishes, for risotto in Italy, and arros negre in Spain. Medium-grain rice is used extensively in Japan, including to accompany savoury dishes, where it is usually served plain in a separate dish. Short-grain rice is often used for rice pudding. Instant rice differs from parboiled rice in that it is fully cooked and then dried, though there is a significant degradation in taste and texture. There are different types of rice such as White, Brown, Red and Black.

Cooked, unenriched, white, long-grained rice is composed of 68% water, 28% carbohydrates, 3% protein and negligible fat (table). In a 100 gram serving, it provides 130 calories and contains no micronutrients in significant amounts, with all less than 10% of the Daily Value (DV) (table). Cooked, white, short-grained rice also provides 130 calories and contains moderate amounts of B vitamins, Iron, and manganese   (10–17% DV) per 100-amount (table). A detailed analysis of nutrient content of rice suggests that the nutrition value of rice varies based on a number of factors. It depends on the strain of rice, that is between White, Brown, Red, and Black (or purple) varieties of rice – each prevalent in different parts of the world. It also depends on the nutrient quality of the soil rice is grown in, whether and how the rice is polished or processed, the manner it is enriched, and how it is prepared before consumption. Rice is the staple food of over half the world’s population. It is the predominant dietary energy source for 17 countries in Asia and the Pacific, 9 countries in North and South America and 8 countries in Africa. Rice provides 20% of the world’s dietary energy supply, while wheat supplies 19% and maize (corn) 5%.

Rice is composed of various nutrients in a 100 grams of short-grain, cooked white rice.

Rice is typically rinsed before cooking to remove excess starch. Rice produced in the US is usually fortified with vitamins and minerals, and rinsing will result in a loss of nutrients. Rice may be rinsed repeatedly until the rinse water is clear to improve the texture and taste. Rice may be soaked to decrease cooking time, conserve fuel, minimize exposure to high temperature, and reduce stickiness. For some varieties, soaking improves the texture of the cooked rice by increasing expansion of the grains. Rice may be soaked for 30 minutes up to several hours. Brown rice may be soaked in warm water for 20 hours to stimulate germination. Rice is cooked by boiling or steaming and absorbs water during cooking. With the absorption method, rice may be cooked in a volume of water similar to the volume of rice. With the rapid-boil method, rice may be cooked in a large quantity of water which is drained before serving.

Before you cook Jollof Rice

If you parboiled before cooking then the rice should be done by the time the water is dry. Taste to confirm If you will need to add more water and reduce the heat to prevent burning. Keep cooking till done. Serve with Peppered Fish, Fried Plantains, Nigerian Moi Moi, Nigerian Salad or Coleslaw. You can also spice up this recipe by adding 2 well-known vegetables to arrive “Mixed Vegetables Jollof Rice”.

Other Varieties of Nigerian Jollof Rice

Other Varieties of Nigerian Jollof Rice

The following are other delicacies of Jollof Rice: 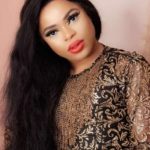 Bobrisky: Biography, Before & After, and Net worth 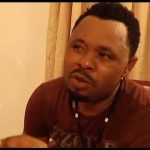