Eyo Festival is one of the most popular festivals in Nigeria. It is a Yoruba festival unique to the people of Lagos. Associated with many tales or years and ages past, the Eyo festival is nothing like any other. The masquerades dressed in white look phenomenal on a canvas. Also known as Adamu Orisha Play, the word “Eyo” refers to the dancers also known as masquerades. Growing up in Lagos, you may have heard many stories about the festival and masquerades draped in white. Things like, you mustn’t wear shoes or wear trousers as a girl but who really knows. Today, it is presented as a tourist event and for historical purposes, it is traditionally held in Lagos island.

Another popular festival in Nigeria is the New Yam Festival. It is an Igbo festival celebrated annually when new yam harvests are in and it varies by community, therefore, it is held during the rainy season around July and August. It is a festival practised generally in West Africa to celebrate the end of a harvest and the beginning of a new planting cycle. In Igbo, land yam is the first crop to be harvested and the most important in the region. On the eve of the New Yam Festival, old harvests of the previous season are eaten or discarded to make room for fresher and tastier produce of the new year. On the day of the festival, only yam dishes are served, however, modes of celebration differ from community to community.

The Egungun Festival is a Yoruba religious festival that is held annually in June. The festival is symbolised by masks and yam. The Egungun festival is regarded as a hidden fellowship among the Yorubas of south-western Nigeria. A heritable chief that is called the Alagba heads the society. Fellowship members are lead to the marketplace wearing masks that substitutes the spirits of deceased ancestors. At the marketplace, they perform dances for the Timi or chief.

The Ojude Oba festival is a Yoruba festival held in Ijebu Ode, Ogun state. The celebration which began a century ago is held on the third day after the Muslim celebration, Eid-al-Kabir and today it is attended by up to 25,000 people from all over Nigeria. The annual festival is sponsored by the people of Ijebu Ode, individuals and corporate bodies.

The Argungu Fishing Festival is a traditional festival held in Kebbi, north-western Nigeria. Also called the Argungu Dance Festival, Argungu Fishing festival is a four-day annual celebration that began in 1934. The region is surrounded by fertile rivers with much orchards and irrigation. The purpose of the festival is to celebrate fishing and unity. Unity in the sense that the end of the centuries-old conflict between the Kebbi kingdom and Sokoto Caliphate birthed the Argungu Fishing festival. The festival also features a competition whereby thousands of men would line up by the river and at the sound of a gunshot, all participants would jump into the river in an attempt to catch the largest fish. The winner takes home the cash prize. The Kanta museum as the historical centre in Argungu holds records for visitors across the globe to see.

Celebrated in Ile-Ife Osun state, Nigeria, the Olojo festival is celebrated in honour of the god of iron, Ogun. Ogun is believed to be the first son of Oduduwa, the father of all Yoruba people. held annually in October, the Ooni of Ife comes forth after days of isolation and communing with the ancestors and offering prayers for his people. This ensures his pureness before coming out to the people, women from both his maternal and paternal side of the family sweep the palace to get rid of evil. He appears before the people holding the Are (crown) believed to be the one originally worn by Oduduwa himself to lead the procession of Priest and Chiefs from the shrine of Ogun. 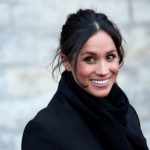 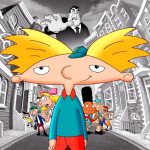