Ooni of Ife Biography and Net Worth

The Ooni of Ile- Ife (Ọọ̀ni of Ilè-Ifẹ̀) is the traditional ruler of Ile- Ife, modern-day Osun State, a town considered to be the birthplace of Yoruba history. A dynasty dating back hundreds of years, the Ooni of Ife is a noble position and the key to the history of the Yoruba tribe believed to have descended from Oduduwa, the founding father.

Decades have passed and Oonis have succeeded each other, currently wearing this crown is Ojaja II, Adeyeye Enitan Ogunwusi born to Prince Aderopo Ogunwusi and Wuraola Ogunwusi on October 17, 1974, in Nigeria. He is the third son of a family of six and has three sisters and has a daughter, Princess Adeola Ogunwusi. Ojaja II, Adeyeye Enitan Ogunwusi is a descendant of the Giesi Royal family, one of the four royal families in Ile-Ife, Osun State, Nigeria.The Ooni attended Subuola Memorial Nursery and Primary school Ibadan, Oyo State.

He completed his primary education at Ibadan District Council (IDC) also in Oyo State. He then moved on to Loyola College Ibadan and Saint Peter’s Secondary School, Ile- Ife between 1985 and 1991. He holds an HND diploma degree in Accounting from The Polytechnic, Ibadan and is a qualified accountant.

Professionally, he led the Federal Government of Nigeria delegation to Canada. This effort was to enhance alliances through a partnership with the government of Ondo State on solid mineral and it was successful.

The Ooni is not just an accountant, he is also a real estate developer, which means he has an asset or two to his name. Becoming a successful businessman before King has earned Ooni of Ife a lot of respect and affluence as he has been ranked the second richest monarch in Nigeria with a 2011 Rolls Royce amongst other assets. 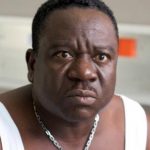 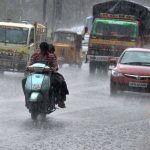