Olamide Adedeji is a Nigerian hip-hop recording artist. Popularly called by his stage name Olamide or Olamide Baddo was born March 15, 1989, and the acclaimed King of the Streets. Olamide records mostly in Yoruba, his native tongue and he does it well.

From Bariga to the world, Olamide Adedeji has made a name for himself. A native of Ijebu-Ode, Ogun State, he studied at Tai Solarin University of Education. Olamide has worked his way from the bottom to the top, inspiring young boys of the streets to chase their dreams.

In 2011 he released his first studio album ‘Rhapsodi’ under a label called Coded Tunes. His follow-up album ‘YBNL’ was released under his own record label, YBNL Nation. Olamide rose to fame when he released his single ‘E ni duro’.

This song gained massive airplay and the supposed freestyle brought attention to the new face, who paid so much homage to late rapper, DaGrin. E ni duro, kept the light shining on the young talent long enough, till he released other supporting tracks under the YBNL album. These singles include “First of All”, “Voice of the Street”, “Stupid Love”,

and “Ilefo Illuminati”. These tracks placed Olamide on the map as an artist to watch out for.

Olamide went from grass to grace and continued to soar. In 2013, he became the first Nigerian to sign an endorsement deal with Ciroc. This endorsement was followed by an endorsement deal with Guinness and Etisalat, no 9mobile. 2013 was a great year for Olamide, as he released his third studio album ‘Baddest Guy Ever Liveth’. Tracks on this album also put him on the forefront of the music industry

Olamide over the years has bagged numerous awards and nominations, with endorsements to his name. Olamide is responsible for acts such as Adekunle Gold, Vyktoh, Temi Owvasa, Lil Kesh and more. He is one celebrity that has a strong work ethic and manages to stay out of scandals. The King of the Streets rose to ultimate fame when he recorded the theme song for the Lagos state campaign. The star has experienced support from the Lagos state government as he strives to encourage the youth to do better. This was seen at Olamide Live in Concert (OLIC) 4, which held at Teslim Balogun Stadium. The venue was packed with security detail of many organisations and bodies.

Olamide baddo, is a pioneer in his field. He alone has pioneered so many trends that swept the nations. Starting from shakiti bobo dance to the gunman pose, sneh, and the most recent sensations, shaku shaku. The shaku shaku has taken Africans by storm. The dance style which is a combination of crisscrossing hands followed by long distance calls, with your legs stepping side to side simultaneously, is the new dance floor go to. Often combined with the gwara gwara dance and akwaba, Olamide Baddo has once again, started a movement.

Apart from being a musician and rapper, Olamide is a father and fiancé to longtime girlfriend, Adebukunmi Aisha Suleiman. The pair welcomed their son three years ago, and earlier on in the year, the rapper’s mum passed away on his son’s birthday. What was a trying time for Olamide, encouraged him further to live his dreams.

The rapper faced some backlash recently for his late 2017 hit track ‘Science Student’ which centred on drug use. The video which adopted a similar theme to Michael Jackson’s thriller is the first of its kind and a breakthrough in music video art.

Olamide Baddo was accused by the fans and many other for promoting drug use, after which, he released a statement video urging the youths to say no to drugs. Following the news about EFCC raiding popular Lagos club, the rapper has also campaigned against fraud and fraudsters, popularly called yahoo boys.

Olamide baddo has managed to stay relevant over the years through his hard work and ever-evolving sound. This also allowed him to release studio albums year after year and work on chart-topping collaborations which have thrilled the audience none stop.

Here is a list of Olamide’s nominations and awards. 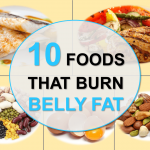 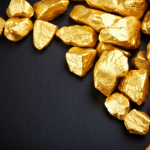