The Powerful Uche Jumbo who got married to her Mexican guy is not just popular but rich. She is also a producer and an Ambassador for Glo network, she has been nominated for numerous awards and has won many awards till date.

Though not a regular name in the movie industry, she still made it into the list of the richest female actresses in Nigeria because of her husband, Jason Njoku who was the CEO of Iroking. He got married to her on August 18, 2012 in Lagos. That was how she became wealthy as she is the CEO of ROK studios, a popular film production studio based in Lagos.

Danielle Okeke is a top Nollywood actress and a producer, though not too popular like the rest, she is good at her job. She currently owns a company called DCOVI Entertainment. She has acquired a lot over the years in the movie industry. She bought a $5,700 Vertu constellation phone and owns a house in Lekki with four cars.

Clarion Chukwura is one actress in Nigeria’s Nollywood who knows how to interpret her role exactly the way it should be. Interestingly, the veteran actress is the mother of Clarence Peters and the wife of the popular singer Shina Peters. She is a legend in Nollywood.

Jenifer as fondly called after the blockbuster movie ” JENIFA”, is one of the most popular actresses of Yoruba descent in Nigeria. She is an actress to reckon with in the movie industry in Nigeria and also one of the highest paid. A very interesting person to be with. She is also the richest Yoruba actress in Nigeria currently this 2018.

Many call her “Omosexy”, as many might think she should be at number two of the list. The next actresses to be mentioned are much more indomitable. “Omo sexy” is known to be good at what she does and has won many awards. She is so admired by a lot of individuals and has millions of followers on Facebook and other social networks.

The Kogi state super actress has appeared in over 100 movies but one of her best roles was “dumebi”. Her very sexy appeal has won her many roles in movies and endorsement deals which made her super-rich.

ALSO READ  Welcome to Lagos, Are You Traffic Ready?

Genevieve is regarded as a goddess in Nollywood because of her charisma and power in Nollywood. Her beauty and figure have won her deals in Amstel Malta, Etisalat and Jumia to mention but a few.

Rita Uchenna Dominic is from a royal family in Abo Mbaise in Imo state. Since childhood, she has been waxing strong in the movie industry and has starred in over 100 movies till date. She’s unarguably one of the highest-paid actresses in Nollywood. She also produced the award-wining movie “The meeting” a romantic comedy-drama, thereby raising her net-worth to N950 million.

Nigerian Actresses: The 10 Most Successful Today

Biography of The Richest Female Actress in Nollywood

Rita Dominic who emerged as the richest female Nigerian actress is from a royal Waturuocha family of Aboh Mbaise local government area in Imo State. She is the youngest of four siblings, born on July 12, 1975 ( age 42). Her late parents were medical practitioners. Rita Dominic attended the prestigious Federal Government College Ikot Ekpene, Akwa Ibom State, Nigeria, before heading to the University of Port Harcourt, where she graduated with a B.A degree in Theater Arts in 1999. Rita Dominic started acting in the year 1998, and starred in the movie ” Children of Terror”. she has also starred in other movies like Prisoner of love, My Guy, Face of a Liar, Unforgettable, To Love a thief, Throwing Stones among others, she has also worked with people like Stella Damascus, Olu Jacobs, Segun Arinze, Richard Mofe. Rita Dominic has also been awarded with awards by African Movie Academy Awards for Best Actress in Leading Roles among others. 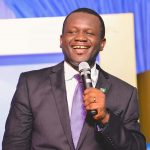 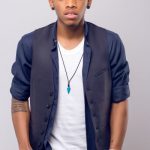