The popular Newspaper “THISDAY” is one of the most read and known Nigerian national newspaper. It is the flagship newspaper of Leaders & Company Ltd . It has its headquarters in Apapa, Lagos, Lagos State. As of 2005, it has a circulation of 100,000 copies and an annual turnover of some $35 million (US). It has two printing plants, in Lagos and Abuja. The publisher was noted for his early investment in color printing, giving the paper a distinctive edge among the few durable national newspapers that exists in Nigeria. Nduka Obaigbena is the founder of the very much loved newspaper.

THISDAY is published by THISDAY Newspapers Limited. The papers hit news stands on January 22,1995 and quickly carved out a niche for itself in business and political reporting and for breaking big news stories. It soon became Nigeria’s newspaper of record. In its first years of publication, THISDAY won the Newspaper of the Year Award for three consecutive years. In 1997 THISDAY also became the first Nigerian newspaper to introduce full color printing. It now has printing plants in Lagos, Abuja and in the Niger Delta. Thisday has its headquarters in Lagos, they have their publisher as Leaders & Company. Thisday newspapers are also recorded to have a total number of 100,000 circulations daily, the newspaper also make use of the broadsheet format in their publication. In recent times the paper THISDAY remains the preferred newspaper among the business, political and diplomatic elite, and is easily the most recognizable and influential national media brand globally. It is also the corporate and political advertiser’s choice. THISDAY is the only high profile newspaper that appeals to both young and old because of its straightforward news reporting, strong editorial content, lifestyle features and business coverage. Thisday newspaper, is not limited to just some places in Nigeria, it is everywhere you go across the borders of the country as they have a lot of distributors.

THISDAY has since the time of old won the hearts of Nigerians, in that if the news is not in THISDAY then the authenticity of such news is questioned and seen as not credible enough. This began from the time the Newspaper was the first to break important occurrences of events such as “The story of the first arrests over the 1995 coup which lead to the imprisonment of Olusegun Obasanjo and the late Shehu Musa Yar’Adua, The death of Nigeria’s first president “Dr Nnamdi Azikiwe”, which all other media missed. Down to the newspaper’s exclusive on the recovery of the Abacha billions and its avowed commitment to democracy. THISDAY was also at the forefront of the battle against dictatorial military rule for which its reporters were invariably detained and harassed. The Chairman and Editor-in-Chief was detained in 1997 at the Department of Military Intelligence (DMI) for seven days under Abacha. The Chairman later went into self-exile. THISDAY is an agent of change and innovation within the industry and many of its ‘firsts’ are serially copied by others, such as the back page sports with advertising and back page opinions, an all-gloss Sunday magazine and wraparounds. Recently, THISDAY launched “ARISE” the global style and culture magazine. The debut issue was given away at THISDAY’s Africa Rising concert at London’s Royal Albert Hall in October 2008 and was so well received that the second issue officially launched on newsstands in February 2009. It is now sold in several countries around the world.

THISDAY DOME which is located in the heart of Abuja’s Central Business District, is known as the company’s major events center, it is also where the annual THISDAY Awards for Excellence are held and it also plays host to several events for the Nigerian society and intelligentsia.The THISDAY Annual Awards for Excellence has attracted several world leaders and statesmen including former US Presidents, Bill Clinton and George W. Bush, former Mexican President, Vicente Fox and former UN Secretary-General, Kofi Annan. It has also hosted the former United Kingdom Prime Ministers Tony Blair and Gordon Brown along with former Prime Minister of Australia, John Howard. Former US Secretaries of State Condoleezza Rice, Henry Kissinger and General Colin Powell also attended along with other international dignitaries including the former German Chancellor, Gerhard Schroeder, the former Prime Minister of France,Dominique de Villepin, former Irish Prime Minister, Bertie Ahern and Harvard Professor Larry Summers, a former Economic Adviser to President Obama, former World Bank President James Wolfhensoln and Steve Forbes, the publisher of Forbes magazine. Other keynote speakers have included prominent Washington. Also, it had the likes of insiders and analysts like Andrew Card, William Kristol, Karl Rove, Paul Begala, Howard Dean, Donna Brazille, and Paula Zahn. Through its publications, business events, cultural showcases and festivals, THISDAY is a player on the global stage by bringing the world to Nigeria and taking Nigeria to the world.

THISDAY believes in its editorial values and is fast becoming a global media player pursuing, with vigor its vision of the world seen from an African perspective.

Lists of Other Nigerian Newspapers

Nigerian as a nation has more than 15 popular newspapers, that take record of occurrences in the country and bring it to the public.

Top 5 Best and Most read Newspapers 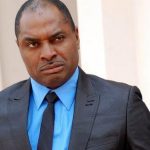 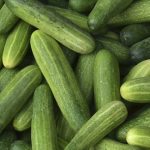 Health and Nutritional Value of Cucumber