Kids games are a way of life for many children around the world. Some games are unique to regions, countries and cultures and some are general. Traditional Nigerian games made the lives of every Nigerian child both at home and abroad. These games were the things that had kids anticipating break time at school or free time at home. Some kids games were best played at school and at home, there were others that were suitable kids games for parties like musical chairs. If you are a Nigerian, chances are you played one or two of these kids games as a child.

Tinko is a Nigerian kids’ game that gets its name from the song itself. It is a clapping game that requires you clap in a sequence of ascending order and mustn’t miss a beat of the routine. This game was mostly played by girls back in elementary school, however, the boys never shied away when it was time to have fun. During the course of the game the words ‘Tinko Tinko’ are sung repetitively in a melody that can never be forgotten. For some kids, to win, you had to successfully complete ten parts of the sequence without missing a beat, whereas, for others, it was endless, a new day for a new high score. Break time was never a bore. To play tinko, you and your party needed to be in sync, some kids connected better than others and if your partner found someone else they could connect with more, the game is the game.

This kids game is not Nigerian but the kids in all regions played it. It wasn’t only the city kids, the town and village kids played it too. The funny thing about this game is a good number of adults or teenagers today know this game as hopscotch, however, many others called it suweh back in the day. The game is played around the world by kids in schools and on the sidewalks. Depending on the type of grounds you were playing on you could either draw all nine boxes with a chalk, rock or use sticks or your fingers to make the lines in the sand. As kids, everyone would take their turn to jump in the boxes. Thinking back, it is not clear how the game made a little bit of sense, but it was fun to play, and kids today still play the game. In some schools the game layout was painted on the ground, so also in some playgrounds. 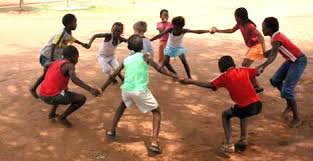 It is not certain the actual name of the game, but the first line of the song is “after round one”. The lyrics to the song are uncertain after but this game was the after-school special when you were free to possibly break some rules. The game requires at least 2 players and the game goes thus. All players would sweep one of their hands back and forth on a surface and by the end of the song, each player would have to put a number from 1-5, using their fingers. The player with the least number would have to stretch out their hand in a clapped position and let all the players slap their hands, one after the other. Some kids took the game too far, but it was all fun and games till someone’s mum shows up in school to report to the principal. The lyrics to the legendary song go somehow like this.

ALSO READ  Just For Laughs: 20 Bizarre Thoughts Every Woman Has During Her Period

“After round one. Original Panadol extra. Oti regbe!”

What do you expect? The police are going to chase the thief, right? This particular game was also called catcher because someone had to catch others. It is the Nigerian form of the American game ‘Tag’. With police and thief, it does not require too many players because confusion would creep in. in the beginning of the game, one or two people, depending on the number of players, will be picked as police officers, while the rest of the group were thieves by default. The rule is to catch all the thieves and lock them in their pretend prison. Also, the thieves have a home that has been unanimously selected and cannot be arrested in their home. The game of catcher is slightly different, whoever is caught becomes the catcher. This game was the root cause of many scars and scraped knees and elbows that we humorously do not really regret at all, not one bit. 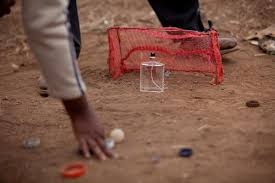 This was a game played at public places like playgrounds, leisure centres, parties and more. the kids would make a big circle and to put the pep in everyone’s step to make this circle, there is a rhyme frequently recited and it goes thus, “form a big circle, like your mother’s cooking pot”. Once the circle is formed a child would step into the middle and the kids would sing the song:

“If you want to see him/her, bring your parents. Do so, follow me”

Once the song is done, the kids would count to ten and the player seeking the girl would have run around the circle, quickly pick parents and make it back before the count of ten to win. This game is best played in the evening when it’s cool and relaxed. It brought a lot of people closer and a lot of innocent crushes to light.

The game gets its name from the first line of the song, just like almost every other Nigerian game. All players would sit in a circle and recite the great song. The game was funny but always ended in fights. There was no end, it would go on and on until everyone was tired. The game required that each player sit in a circle with on their right placed under the hand of the player on their right and their left hand placed on the hand of the player on the left. The game is all about speed because you must pass the tap round the circle. If you are the last player to be taped you must run round the circle and back to your position before the countdown is done. The rather creepy song was fun back in the day and it goes thus, “Cinderella dressed in yellow, went upstairs to kiss a fellow. By mistake she kissed a snake, how many doctors does she have, one, two, three, for, five, six, seven, eight!”

Boju Boju is the Yoruba translation for Hide and seek and everyone played that game. While everyone hides, one person would go seek them until everyone is found or the seeker surrenders. Some people are legends in this game, they were never found. 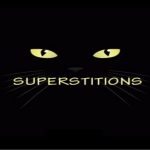