The flag of Nigeria is one of the National symbols that makes the country unique in its own way and style. It is a very simple and beautiful design that carries a powerful message to the people of the country. The national flag of Nigeria, like those of other countries, is a symbol of sovereignty of the nation. It’s expected to be a symbol of pride for the nation and its citizens within and outside the world. However, in Nigeria, the needed importance is yet to be fully accorded to the flag by many of the citizens. But that has to change. And this is because it symbolizes patriotism, a deep love for one’s nation. Every citizen of Nigeria has the obligation to protect and dignify this symbol of patriotism which is the national flag. It is the duty of every Nigerian to respect the National Flag. The 1999 Constitution of Nigeria ( section 24a) provides that: “It shall be the duty of every citizen to abide by this Constitution, respect its ideals and its institutions such as; The National Flag, The National Anthem, The National Pledge, and Legitimate Authorities.”

The flag is an adaptation of the winning entry from Michael Taiwo Akinkunmi in a competition held in 1959. Akinkunmi was a 23-year-old student at the time he designed the flag. The Yoruba man was born in Ibadan on the 10th of May 1936, He was an electrical engineering student at Norwich Technical College in London, England, when he saw an advertisement in a newspaper that submissions were being accepted for the design of a new national flag of Nigeria. He immediately picked an interest and submitted his entry to the panel in Lagos State. Mr Taiwo emerged as the winner and was awarded the monetary prize of 100,000 naira, which was a fortune back then. Though the design was the best, the original submission had a red radiating sun badge in the central white vertical band with a green vertical band on each side. The Original design was given a little modification by the judges to better suit what they had in mind. Taiwo’s original design of the national flag was a little more intricate than what we see today. It had an image of a red blazing sun in the white space in between, which the judges apparently felt was not necessary and as such was removed. After the badge was removed by the judges, the flag has remained unchanged. It was first officially used on 1 October 1960, the day Nigeria was granted independence. Like other countries, Nigeria has special ensigns for civil and naval vessels. Some of its states also have flags.

Mr Tiawo Akinwumi was the man who designed the Nigerian flag, and for someone who did something as historic as designing a country’s flag got a monetary reward that was actually a fortune at that time and that was it. Years down the line there was actually no checks and balances that ensured his well being for the honour of service done for his country and as a result, he slipped the ranks and became like every other commoner who had to hustle and work really hard to earn a living.

This led to the then president Goodluck Jonathan to place him on a lifetime salary equivalent to that of a special assistant, which made the hero get what he deserved finally. Following that, Mr Taiwo has been recognised by various individuals and organizations. He also received a National award as the ” Officer of the order of federal republic (OFR) presented by President Johnathan on 29th September 2014. Prior to the National Award, even when asked in an interview, the humble Mr Akinwumi said he has been living well and lacked nothing. He currently resides in Ibadan, the Oyo State capital.

Description of the Nigerian flag

The Nigerian flag is made up of two colours; white and green. The flag has three vertical stripes of equal sizes, the left and right stripes are green while the centre stripe is white.

The Significance of The Colours on the Nigerian Flag

The colours on the Nigerian national flag have something which they start for, they are not just ordinary colours as they seem:

The Nigerian flag is said to have a specific number of measuring dimensions. A Large Nigerian Flag measures 1.2metres in breadth and 2.4 metres in length, while a medium sized flag measures 0.9m by 1.8m and small size flags measure 0.6m by 1.2m.

The Nigerian government has formulated a certain set of rules to be followed while unfurling this particular national symbol of high importance.

Where to Buy Nigerian Flag

The Nigerian flags are available and could be purchased online, and at some large markets in the country. 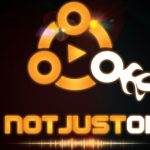 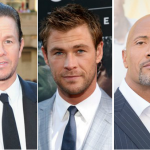