Nigerian Fashion Designers are taking the fashion industry by storm worldwide. Nigerian fashion design is no longer a field that can be termed a waste or mediocre. The fashion designer is an all-around artiste pioneering style and trends. These designers serve you Nigeria’s latest fashion and African styles. Contemporary to contemporary, the art that is fashion has exploded into a canvas where each designer paints their vision. It can be said that Nigerian designers are capable of influencing the international fashion scene. Though most Nigerian male designers are still on the come up in Nigerian fashion design, there’s room for more creatives to explore. Numerous platforms have been developed to showcase African fashion. The ARISE Fashion Week and Lagos Fashion Week have gone a long way in showcasing Nigeria to Nigerians and then the world.

Here is the list of top Nigerian fashion designers.

Deola Sageo is an haute couture fashion designer and one of the best in the industry. A visionary, she has thrilled the fashion world, endearing critics, and enthusiast for 25 years. Using African hand-woven materials, the Ondo state born creative has left her mark in various countries around the world. Through her designs, she brings various cultures, artistic visions, and contemporaries to life. Deola Sageo has entrepreneurial success in her veins, she is from the prominent family and owner of Elizade Group. The University of Miami and Unilag alumn started her career at a tailoring outfit owned by her mum called Odua Creations in 1989. The following year, Deola began designing under her own name. Her career rocketed after being nominated by US Vogue editor for the MNET Anglo Gold African Award which she won. Since then the Deola Sageo brand has broken glass ceilings, creating iconic looks and sub-brands such as CLAN which has showcased on staged around the world. She appeared as Funmilayo Ransome-Kuti in the Kunle Afolayan production October 1, in 2014. Remarkably, she designed the costumes for the film. Deola Sageo is a mother of three beautiful girls, Teni, Aba, and Tiwa. Deola Sageo is the creative mastermind behind the luxurious ‘Komole’ iro and buba, every bride’s first choice for her traditional wedding.

Ituen Basi is a remarkable fashion designer. She began her career as an undergraduate of Theatre Arts at the University of Ife, where she designed and tailored costumes for stage plays and beauty pageants. Her love for fashion took her to further her studies in the field at American College in London and London College of Fashion, where she majored in Tailoring and Clothing Technology. Ituen Basi launched her brand in Lagos in 2009 and she was largely recognised for her exemplary skills in fabric treatment and print manipulation. Her Ankara designs shook the industry in 2012, introducing not just wearable art but Ankara beads and bags. Her hard work is evident as her Ankara collection got her The Most Innovative Designer award in 2009 whilst her ‘Independence’ collection earned her Emerging Designer of the Year, Africa 2010 at the Africa Fashion Week, Johannesburg. In 2011, at the first Arise Magazine Fashion Week, her Love Series collection landed her the Most Creative Designer. Her ‘Double Take’ collection at the 2012 Mercedes Benz Fashion Week Africa in Johannesburg, earned her Designer of the Year, Africa

Mai Atafo is a Nigerian bespoke fashion tailor. Arguably a pioneer in Nigerian fashion desing, he was born in Osun State but spent most of his early years in Lagos. He has a master’s degree in Information and Technology and before his entry to the fashion industry, he worked in the field of marketing and branding. Mai Atafo turned heads when he started his bespoke label Mai Atafo Inspired with influential clientele such as Omawunmi Akinrimifesi, Banky W and more. He went on to train as a tailor and has taken the industry by storm. Mai Atafo can tailor anything, from aso oke blazers to wedding dresses. He is the creative genius behind Weddings by Mai which was responsible for both wedding dresses actress, Adesua Etomi, wore in the film The Wedding Party and her real wedding. He has been recognised through awards around the continent, and his designs have graced groundbreaking stages in form of Fashion Week. He is arguably one of the most popular male designers in Nigeria.

Folarin Folake- Coker was born in 1974 in Lagos, Nigeria. She is a Nigerian fashion designer and creative director of Tiffany Amber. Folake Coker studied in both Switzerland and UK and bagged herself a postgraduate degree in petroleum law. She returned to Nigeria to pursue her fashion dreams. In 1998 she launched her fashion brand Tiffany Amber in Lagos. Over the years the brand has become an iconic label, revealing show-stopping designs year after year. According to Wikipedia, she has staged several fashion shows in Africa, Europe, and the United States. In 2008, she made history as the first African-based fashion designer to stage a show twice at the New York Fashion Week. She was the first recipient of the “Designer of the Year” award at the African fashion week in Johannesburg in 2009 and was also awarded “Fashion Brand of the Year” at the ARISE Magazine Fashion week in 2011. In 2013, she received an Enterprise Award at the 2013 Women, Inspiration and Enterprise (WIE) Symposium and made the Forbes Power women list. She unveiled her ‘Nirvana’ spring/summer collections at DOII Designs launch

Toju Foyeh is an eccentric Nigerian designer. She was born July 13th, 1989 into a family of designers. Her parents owned a fashion house and her grandmother was a designer. Toju Foyeh bagged a law degree from the University of Reading, UK and an LLM from the University of Manchester. She went on to study fashion design at the Instituto Maragoni after which, she moved back to Nigeria to start her own fashion line. In a competitive industry, Toju Foyeh has managed to make a name for herself leading her to win several awards and landing her gross recognition. Her designs are known to pay attention to detail and provide a refreshing look to her female clients. Over the years she has exhibited her work on various platforms and worked with top celebrities in Nigeria. She is the designer responsible for Adesua Etomi’s four show-stopping traditional wedding outfits that broke the internet.

Lanre Da-Silva Ajayi (LDA) is the founder of eponymous design label.A dream she embarked on 13 years ago, her label has become a top choice for celebrities and the media. The Lanre Da-Silva Ajayi brand kicked off in 2005. The label produced iconic 1940s signature designs and has evolved to become a cutting-edge style factory for the modern consumer. An LDA woman is described as the personification of sophistication, femininity, brilliance, and boldness, which are the inspiration for each of her collections. The brand has showcased locally in Nigeria and internationally at various fashion weeks and festivals. Lanre Da-Silva Ajayi has been featured in various African and international media including L’Uomo Vogue, Vogue Black, ARISE Magazine, Daily Mail, Essence.com, Fashion Bomb.com, Zimbio.com, WWD.com, ITN News, NTN24.com, ABCNews.com, Reuters UK and Centric/BET.

Toyin Lawani was born March 1st, 1982 and is a business mogul, fashion designer, creative director, and a fashion stylist. She is the CEO of Tiannah’s Empire. Toyin Lawani was born into an affluent family, one who shaped her drive to succeed. She started her business at the age of 16, whilst an English Language undergraduate at the University of Lagos, with a boutique that traded clothes, shoes and other accessories. This boutique later expanded to become a supermarket. At 17, she opened up a spa on Akoka road, Yaba, a Lagos suburb with surprising clientele. Toyin Lawani trained at Opral Benson Training Institute, Los Angeles School of Fashion for a Diploma Course, Exodus Hair School in India and Johnyim Fashion and Beauty Institute in Korea. From all this exposure, she dabbled in fashion and other ventures. Now she runs 20 businesses in one building. Tiannah’s Styling is one of the leading fashion houses in Africa. With a large clientele ranging from media houses, politicians and top celebrities, you can spot a Toyin Lawani design from miles away. Toyin Lawani has worked on several fashion shows within and outside the country showcasing different designs or coordinating the shows. She coordinated the Mademoiselle Aglaia Fashion show in 2012, Showcased even while she was four months pregnant at the 2013 Africa Fashion Week London, Showcased the Iro and Buba Evolution at the 2015 Africa Fashion Week Nigeria and showcased her kiddies line (Elegante Kids) at the same event. In 2016, Toyin Lawani made headline all over the world as the first Nigerian Designer to organize a celebrity and kids runway show simultaneously and more. 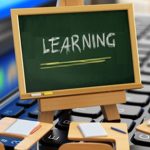 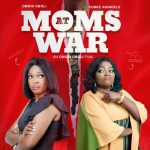