Wedding is a ceremony where two people are united in marriage by either a priest, pastor, imam or judge. Wedding traditions and customs vary between various cultures, ethnic groups, religion, countries, and social class. Marriage is very important in the NIgerian society . In Nigeria, there are different tribes and each one has its own unique customs, traditions and proceedures.

Difference between Wedding and Marriage

The words wedding and marriage are one very missed used and mis- interpreted words as they taken to be the same by various A “Wedding” is a collective name given to all the ceremonies and rites that takes place to give social acceptance to the relationship between to two people whereas a “Marriage” is the name of a long term life institution which starts after the wedding ceremony.

Marriage Customs that Scare People away from Commitments

There comes a point in your life when you have to choose a partner, leave your father and mother and start your own family. Marriage is an age-old custom and various tribes treat it differently. Marriage traditions differ from tribe to tribe. Nigeria consist of various ethnic groups and the traditional marriage is performed according to the customs of the tribe involved. The reason for some of these marriage customs are actually quite hard to explain. Some have to do with money, while others are connected with behavior. Some of these marriage traditions scare a lot of people away from getting married because it is too much hassle.

Here are some Nigerian marriage traditions that some people find scary while others find it weird.

The Fulanis believe in flogging a prospective groom publicly before the wedding. This is to test the bravery and resilience of the groom and make him prove that he is worthy of the bride. Any groom who chickens out or cries loses the bride. Fulani ladies are really beautiful very beautiful, so most of the men endures the pain as they think the ladies are worth the pains.

2. The tradition of prostrating among the Yoruba’s

The Yoruba’s are a set of people who do not joke with respect. During a Yoruba wedding, the groom and his friends will have to lie flat on the ground and prostrate to the family of the bride. They are supposed to prostrate on the bare floor with their fine agbadas. The groom is expected to prostrate four times before the end of the ceremony, which if not done he is seen as being disrespectful and not fit for their daughter, it could also led to a delay in the ceremony.

3. The Bride price custom among the Igbos

Marrying an Igbo lady is not a task for the faint-hearted. Firstly you are expected to go for what is called( e ku aka nu zo) which means getting to meet the parents or guidian with a drink, then the lady is called upon to identify if she knows the man in question and if she gives a positive answer, kola is offered to their guest as a sign of acceptance and welcoming. They are later dimissed and asked to wait for there message. Afterwards the lady is asked by her family if she accepted the person in question, and after four market days their reply is sent to the supposed groom, and he was accepted then he is expected to come get a list of items that must be provided before he can marry the bride. The items are usually for the brides kindred (men and women). On the day of the wedding kola is presented to the grooms family by the brides family and kindred to welcome them, then the items are brought. First for the men group, then the women, followed by those meant for the brides family. cash is also expected. The items are usually expensive, and the more successful the bride is, the more her family demands.

4. The virginity test among the Yorubas

This is another marriage tradition among the Yorubas. It is expected that a groom will bring out a white cloth stained with blood, after consummating the marriage to prove that the bride is a virgin and has kept herself ‘pure’. If the bride is a virgin, the groom sends gifts to her family. If the reverse be the case, a half boiled yam is sent to her family to signify that she is not pure.

5. The ‘no smiling’ custom among the Ijaws

During the wedding ceremony, an Ijaw bride is expected not to smile until she has been sprayed plenty money by the groom.

6. The Igbo custom of identification

During the marriage ceremony, 3 or 4 women are presented to the groom, with their faces covered, and the groom has to pick his bride without mistakes as the person picked is automatically his wife. This rite is not done by all the various tribes in Igbo. The bride also does her part of taking palm wine which would be presented to her by her father, the bride is then expected to sip , locate her husband and give him the rest. If in this process the cup falls out of her hands it is seen as ill luck and the marriage is likely to be cancelled because the people believe that the marriage would not be a happy and fruitful one. Also if in the process the woman has a change of mind and wishes not to continue with the ceremony then she would drink up all of the wine given to her by her father.

7. The Yoruba custom of carrying the bride

This is not a really serious tradition, as it has no penalty or effect if not carried out on the wedding day, as it is not done by all Yoruba’s which makes it not a compulsory rite. Though people still dread it because they do not know if they would be asked to do it, especially grooms who are getting married to a fat lady. In this rite the groom is expected to lift the bride to prove that he’s capable of lifting her and supporting her throughout their married life.

8. The Calabar custom of fending for a betrothed

In the custom of the calabar’s, a father or head of house is entitled to betrothing his daughter to a free member of any family of his choice. Once the girl accepts and gives her approval, the supposed groom makes a present of brass rods or liquor to the bride’s father. After the presentation of the gift it becomes a binding but not yet legal until the other duties are performed. The groom is also supposed to bring further present ( nkpo ufok nkukko ) to the bride. After the presentation of these gift are received by the father/ head of house, it becomes the future husband’s duty to provide for his betrothed from time to time. That is the part that scares the grooms away as some would bother about what happens after taking care of the lady’s needs from her young age till she is matured and they do not end up together. 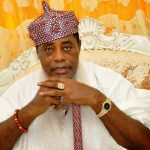 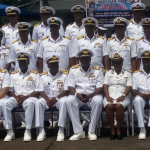