The legendary Kofi Annan was born Kofi Atta Annan on April 8, 1938, in the Kofandros section of Kumasi in the Gold Coast now present-day Ghana. He was a Ghanaian diplomat who served as the seventh Secretary-General of the United Nations. Kofi Annan bears the name ‘Atta’ which means twin. His twin sister, Akan, died in 1991. The pair were born into one of the country’s Ashanti and Fante aristocratic families; both of their grandfathers and their uncle were tribal chiefs. Kofi Annan ‘s family is not very much in the media. He married a Nigerian woman Titi Alakija in 1965, but they later separated in the 1970s and divorced in 1983. They have two children, Ama and Kojo, together. He later got married to Nane Lagergren, a Swedish lawyer. She has a daughter from a previous marriage.

Kofi Annan’s education is clear-cut. He attended the elite Mfantsipim school from 1954 to 1957. The school is a Methodist boarding school in Cape Coast founded in the 1870s. Annan expressed that the school taught him “that suffering anywhere concerns people everywhere”. He graduated in 1957 and that same year, the Gold Coast gained independence from the UK and began using the name “Ghana“. In 1958, Annan began studying economics at the Kumasi College of Science and Technology, now the Kwame Nkrumah University of Science and Technology of Ghana. He received a Ford Foundation grant, enabling him to complete his undergraduate studies in economics at Macalester College in St. Paul, Minnesota, United States, in 1961. Annan then completed a diplôme d’études approfondies DEA degree in International Relations at The Graduate Institute of International and Development Studies in Geneva, Switzerland, from 1961–62. After some years of work experience, he studied at the MIT Sloan School of Management in the Sloan Fellows program and earned a master’s degree in management. A scholar if we must say. After all his education and experience, the great Kofi Annan was fluent in English, French, Akan, some Kru languages and other African languages, amazing.

Kofi Annan began his career in 1962, working as a budget officer for the World Health Organisation (WHO). The WHO is an agency of the United Nations (UN). From 1974 to 1976, he worked as a manager of the state-owned Ghana Tourist Development Company in Accra. With his ever-progressing career, in 198, Kofi Annan became the head of personnel for the office of the UN High Commission for Refugees (UNHCR) in Geneva. 1983 saw the great Annan rise to become the director of administrative management services of the UN Secretariat in New York. His hard work and dedication ensured him a place at the top and in 1987, he was appointed as an Assistant Secretary-General for Human Resources Management and Security Coordinator for the UN system. Three years later Kofi Annan became Assistant Secretary-General for Program Planning, Budget and Finance, and Control. The Department of Peacekeeping Operations (DPKO) was established in 1992 by Secretary-General Boutros Boutros-Ghali. After this, Kofi Annan was appointed to the new department as Deputy to then Under-Secretary-General Marrack Goulding. His Wikipedia page has it that Annan was subsequently appointed in March 1993 as Under-Secretary-General of that department. On 29 August 1995, while Boutros-Ghali was unreachable on an aeroplane, Annan instructed United Nations officials to “relinquish for a limited period of time their authority to veto air strikes in Bosnia.” This move allowed NATO forces to conduct Operation Deliberate Force and made him a favourite of the United States. According to Richard Holbrooke, Annan’s “gutsy performance” convinced the United States that he would be a good replacement for Boutros-Ghali. He was appointed a Special Representative of the Secretary-General to the former Yugoslavia, serving from November 1995 to March 1996. 1997 saw his birth in the office he is popularly known to have held. Veto upon veto, The UN Security Council recommended Kofi Atta Annan on December 13, 1996, and confirmed four days later by the vote of the General Assembly, he started his first term as Secretary-General on 1 January 1997. After his appointment, The Security Council recommended Annan for a second term on 27 June 2001, and the General Assembly approved his reappointment on 29 June 2001.

During his long career, Kofi Annan recorded many great achievements. As the Secretary-General of the United Nations, he introduced new management mechanisms through the establishment of a cabinet-style body to assist him and be grouping the UN’s activities in accordance with four core missions. He launched the “Global Compact” campaign in 1999, which is the world’s biggest initiative for promoting corporate social responsibility. He called and advocated for the organisation to put the people in the centre of what they do for there is no call nobler. Annan in his report “We the peoples: the role of the United Nations in the 21st century”, also called to “free our fellow men and women from the abject and dehumanizing poverty in which more than 1 billion of them are currently confined”. He also worked on the United Nations Information Technology Service, The United Nations Global Compact and the establishment of the Global Fund. The Global Fund was special because it saw the light of a Global AIDS and Health Fund. This fund was dedicated to the battle against HIV/AIDS and other infectious diseases which had become increasingly alarming at the time. Kofi Annan’s failure along with the international community to intervene in the Rwandan and Srebrenica genocide birthed the responsibility to protect. In his time in office, he embarked on many diplomatic activities, investigations and restructuring which have and still continue to have an impact around the world. In 2005, he presented a progress report, ‘In Larger Freedom’, to the UN General Assembly in which he recommended a host of reforms to renew and strengthen the UN organization. He was a great and widely recognised and awarded man.

In 2001, he won the Nobel Peace Prize. In that same year, he won the J. William Fulbright Prize for International Understanding. In 2002 he got the Police in Courage Award and in 2003 he was awarded the Indira Gandhi Prize. Kofi Annan’s death cast a shadow on the world, the world lost an icon. Kofi Atta Annan is a name for the history books. A peacekeeper at heart, in 2007, Kofi Annan founded the Kofi Annan Foundation. The Kofi Annan Foundation is an independent, not-for profit organization that works to promote better global governance and strengthen the capacities of people and countries to achieve a fairer, more peaceful world. 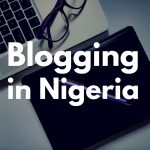 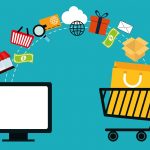 Challenges of E-commerce in Nigeria (Updated)