Kenneth Okonkwo is a Nigerian actor, producer, director, tv personality, philanthropist, and politician. He was born on the 6th of November, 1968 to Beatrice Okonkwo and Ozioko Francis Okonkwo in Nsukka, Enugu State, Nigeria. Kenneth Okonkwo had his primary and secondary school education in Lagos state, south-western Nigeria. After his secondary education, he went on to University of Nigeria, Nsukka, Enugu State, where he bagged a Bachelor’s degree in Business Administration. Kenneth Okonkwo, the star-studded actor, obtained a Master’s degree in International Law and Diplomacy from the prestigious University of Lagos, popularly called Unilag. As surprising as it may sound, the movie star is also a trained minister of God. He attended the Nigerian Bible School, where he studied Theology.

Kenneth Okonkwo got married in the year 2000 to Ogechi Ezekiel. Ogechi Ezekiel is the only daughter of General Overseer of Christian Pentecostal Mission International. Due to irreconcilable differences, the marriage ended in divorce two years later. The marriage is said to have produced a son. The actor did not lose hope in love as he found love again and got married to the love of his life, Ifeoma Okonkwo in 2007. The couple welcomed their first child nine years after marriage on May 7th, 2016. The baby was born at the University of Maryland, St. Joseph Medical Center, in the United States of America. Being a trained Minister of God and becoming a born-again Christian in 1994, the news of his divorce shook the public, as the Christian faith is against divorce. The critics didn’t bother Kenneth Okonkwo, he feels divorce has taken nothing away from his Christianity.

Kenneth Okonkwo is said to be a faithful husband and is proud of it as should be. He once revealed in an interview that since becoming a born-again Christian in 1994, he has not been with anyone other than the women he married and has never cheated on any of them. He also revealed that while on set and facing so much attention from female fans, to escape temptation he can fly home and back to a location if he’s feeling lonely and his out of the country. In other situations, he would openly announce to the public his discomfort, the repercussions and go home. I bet you didn’t know this about one of Nollywood’s finest. Kenneth Okonkwo could become a Man Crush Monday for his faithfulness.

Kenneth Okonkwo began his acting career in 1991 when he joined Nollywood. He started attending auditions and made his debut in soap operas. He big break came in 1992 after starring in blockbuster movie ‘Living in Bondage’. This movie was big enough to put Nollywood on the map in the film industry. For his role as Andy in this film, Kenneth Okonkwo won the award for Best Actor at the Africa Movie Academy Awards (AMAA), a platform that has celebrated talents like Kenneth for many years. Over the years Kenneth Okonkwo has starred in over two hundred and fifty Nollywood films. Through his talent and dedication, Kenneth Okonkwo has contributed greatly to the Nigerian film industry, earning him recognition and awards. There is no character can’t play. He plays it all, from a pauper to a wealthy man, monarch to a servant, protagonist to antagonist. Kenneth Okonkwo is known to become one with his character. The actor, soon to be 50 is every young and evergreen. Kenneth has thrilled screens along other veterans such as Patience Ozokwor, Mercy Johnson, Olu Jacobs, Pete Edochie, Tonto Dikeh, Stephanie Linus, Ramsey Noah, Norbert Young, Monalisa Chinda, Van Vicker, Ashley Nwosu, Enebeli Elebuwa, Nkem Owoh, Chioma Okpotha, Omoni Oboli, Omotola Jalade Ekeinde, Uche Jumbo and more.

Kenneth Okonkwo has featured in over 250 films making him a household name. His 27-year long career has provided a lot of entertaining for not just Nigeria but Africa as a whole. Popular projects he has featured in include:

Living in bondage is a 1992/93 Nigerian two-part drama thriller film directed by Chris Obi Rapu, written by Kenneth Nnebue and Okechukwu Ogunjiofor and produced by Okechukwu Ogunjiofor. This film features Kenneth Okonkwo playing the lead role of Andy. The plot of the film depicts a young couple who faces marital issues due to Andy’s infidelity and redundancy. The loss of their savings, Andy’s constant comparison to his peers and proposals of the wife to different men poses more problem to their house hold. The wife dies and Andy’s sudden wealth raises eyebrows.

Dumebi the Dirty Girl is a Nollywood comedy-drama, directed by Tchidi Chikere and produced by Chinedu Collins Ezenwa. The film was super successful starring Mercy Johson and Keneth Okonkwo. The story focuses on Dumebi, a lousy, dirty village girl who travels out to the city to find the father of her baby only to find him engaged to a sophisticated city girl.

Other films he has starred in include Ripples, The Devil in Her, Mystery of Destiny, Wives on Strike, Oganigwe, Kingdom of Darkness, Royal Secret, Action King and more

Best Actor in a Leading Role at the City People Entertainment Awards and more.

Kenneth Okonkwo who is also a politician first showed interest in politics in 2014, when he decided to represent the Nsukka/Igboeze South Federal Constituency, on the People’s Democratic Party (PDP) Platform. The actor recently expressed his desire to run for the governorship of Enugu state come 2019 general election. He also announced that he will be contesting on the platform of the All People’s Congress (APC) Party. The reason behind his political ambition is to have a platform to push Nollywood forward. If he wins, he will join the league of Nollywood actors now in politics.

With years of dedication and hard work, Kenneth Okonkwo has made a name and substantial income for himself. He is regarded as one of the richest and most influential Nollywood actors. His networth is estimated at $5 million. That’s a whopping sum of money. 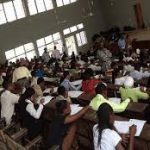 The Best Polytechnics in Nigeria; and Courses Offered 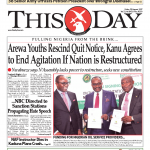