The female gender was once seen as the weaker sex. Though it’s still the same in some regions, the move for gender equality is fast spreading around the globe. Women have gone from being forced to be backbenchers because society demands to have the right to vote, education, work, speak publicly, dress freely, mount leadership offices and many more.

International Women’s day is a day where women start together as equals within ourselves and the male gender. Women and men celebrate women for their growth and perseverance in a system that is built on their suppression. Women can no longer just be found in the kitchen women now sit at tables as Prime Ministers, CEOs, Managers, Engineers, Doctors, Presidents, Senators, Governors, Bankers, Entertainers, Moguls, Billionaires.

Some women have been so tremendous they will be remembered in history for generations yet to come. Here are some women who have made history.

Malala is a Pakistani activist known for her advocacy for education for girl child and children. Malala survived threats by the Taliban, including a bullet to the head. She is exceptional and the youngest Nobel Prize laureate.

Oprah is an American media proprietor, talk show host, actress, producer, and philanthropist. Formerly the richest black woman on the planet, Oprah defied odds and broke barriers of race and gender and was dubbed Queen of All Media

Funmilayo Ransome-Kuti was a teacher, political campaigner, women’s rights activist and mother to the great Fela Anikulapo Kuti. She was the first woman in Nigeria to drive a car, and she fought for women’s right to vote. Described as the Mother of Africa, Chief Funmilayo Ransome-Kuti is celebrated as one of the foremost leaders of her generation.

Agbani Darego is a model and beauty queen. She won the Miss World title as the first native African woman in history to do so. Agbani set a new standard of beauty for young girls especially black and African girls.

Princess Diana was the queen of our hearts. She captured the world with her grace and loving heart. She refused to be pummelled by her troubled marriage but lived her life freely like every princess dreams too. Diana was involved with numerous charities and was celebrated by the world for her advocacy for those suffering from HIV/AIDs, cancer and mental illnesses.

Coco Chanel was and still is an authority in fashion. She was a fashion designer, businesswoman and the pioneer of the brand ‘Chanel’. Coco Chanel heavily influenced the post-World War I era, delivering women from the corsets and innovation a more sporty, chic standard of style. She is one of the 100 most influential people of the 20th century.

Black History Month never fails to tell the story of Rosa Parks. Rosa was an activist in the civil rights movement and was named in the US ‘Mother of the Freedom Movement’. She resisted bus segregation by refusing to give up her seat in the coloured section to a white lady when the section for whites was full. 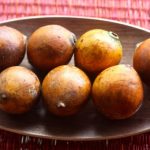