The Igbo tribe a beautiful ethnic group native to South Central and South Eastern Nigeria. Natively called Ṇ́dị́ Ìgbò, the Igbo tribe is one of the largest in Africa. The great concept that is the Igbo culture and history, is dynamic, as years go by they evolve and change. Igbo tradition is evident in their norms, dressing on certain occasions, festivals, and historical facts. The Igbo land rests on the lower Niger river, with its language divided into numerous dialects unique to subgroups within the Igbo tribe.

You will find the Igbo indigene dominating the fields of farming, their most important crops being yams, cassava and taros, craftsmanship, trading, business and marketing. They are highly industrialized and urbanized in some modern cities and towns namely, Onitsha, Awka, Aba, Lagos, Agbor, Abakaliki, Umuahia, Asaba, Owerri, Enugu, Nsukka and more. The Igbo people are unique in their own way, though they have similar traditions to fellow Nigerian and African tribes however, there are many other traditions the general public do not know or understand.

When speaking of Igbo traditions, we refer to their practices in arts, dance, food, marriage and death rituals, government, laws, language and fashion. These traditions modify the school of thought of its people, factored with western influence to form a unique group. The modern day eastern tribe is predominantly Christian religious wise, a few others still practicing African traditional religion and the minority being Muslims. These unique traditions are recognizable when you’re aware of them. Keep on reading to learn a thing or two.

In Igbo tradition it is forbidden to whistle at night. It is believed that whistling at night will lure serpents to the home and invite evil spirits lurking at such hours. Failure to adhere to this rule can lead one to be rebuked by the elders and the people of the land.

Marriage is one of the most institutions in society, especially the Igbo society. Marriage is taken very seriously, more seriously when it is the first son or first daughter (Ada) of the family wedding. A man and a woman must not live together without a proper marriage being done. It is referred to as an unblessed marriage and is forbidden. Child birth before marriage is deemed illegitimate and unacceptable. Before taking a wife both man and woman must observe all due processes with good conduct. Before now, marrying more than one wife was an indicator of wealth, whereas the monogamous man was a pauper. However, times have changed, and that perception is dying out. One must also not commit adultery, however, punishments guiding the act assume women are more likely to be the adulterer.

The Igbo traditions safeguards animals perceived as scared. One mustn’t harm a sacred animal or else he/she will incur the wrath of the law. A python is seen as reincarnations of ancestors therefore, a python must not be harmed because it means you have harmed one’s own father. If a python is killed intentionally or by mistake it must be buried with all rites performed as if it were a human being. Other animals deemed sacred in some parts of Igbo land include snails, quails, dogs etc.

The kola nut is a significant part of Igbo traditions. It plays numerous roles in the rites and rituals of the people. The kola nut is used in appeasement of gods, marriage, elder meetings, coronations, burials, entertaining guests and more. However, it is a taboo for a woman to bless and share a kola nut. It is believed to be sacred and must be blessed and shared by men only.

Like most traditions and cultures, incest is a taboo. Incest is a sexual and romantic relationship existing between blood relatives. It is also considered incest once you engage in such a relationship with sisters of the same parents. It is believed that blindness, deafness, poverty or death might result as consequences according to the elders of the land.

Suicide in Igbo land is forbidden. To take your own life is frowned upon and considered evil. One who commits suicide must never be buried in the land. His/her body is cursed and buried in the forbidden forest or outside the land so as to prevent such occurrence from befalling others in the community.

An Osu in simple terms is an outsider. Osus live separately from others and are not associated with. They are not spoken to, sold to, purchased from and more. Osus are regarded as properties of the gods, slaves and descendants of slaves. They mustn’t be taken for marriage in Igbo tradition.

The elders are authorities in Igbo land. Like law makers, being an elder is a noble thing in society. They help in the governing of the community. Certain offenses may not be committed against and elder. For example, causing an elder to fall is a taboo, and the offender must kill a goat for ritual or he may never grow to the present age of the aged one.

The Igbos believe in life after death. Funeral rites referred to as Akwamozu has its traditional processes that must be upheld. This is so that the soul departed will have a smooth transition into the after life to join his or her ancestors.

Child bearing is the essence of procreation. This is a heavily celebrated phenomenon because it signifies the continuity of the Igbo people. Omumu na Igu Aha refers to child birth and naming. When a child is brought forth into the world, he/she must be named in order to distinguish the child from others. Names given to a child have deeply rooted meanings and always express prayers, hopes, aspirations for the child and situations surrounding the birth of that child.

Masquerades symbolize the gods. They are regarded as visitors from the world beyond the physical. They are key in various festivals and ritual rites. Women who have not been initiated into the masquerade society must not go near one. They must refrain from speaking of masquerades publicly as well. Masquerades mustn’t be fought in Igbo land. Territory occupied by these metaphysical visitors either for worship, rituals or habitations must not be trespassed.

The Igbos are known to celebrate numerous festivals. Most popular are the new yam festival and the week of peace. 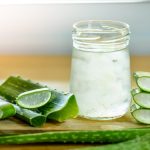 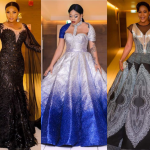