How to Make Money Fast in Nigeria

An estimated 180,000,000 people live in the hustle capital of the world, Nigeria. It is a nation where the basic security of your needs is not guaranteed but man must succeed financially. In a recession, Nigerians still buy the latest cars and engage in unwavering shows of wealth because that is who we are, Nigerians. The poor man aspires to stand shoulder to shoulder with the rich man who once looked down upon him, the middle-class woman wishes to succeed in order to afford a lifestyle that can change the narrative of her being and the rich man wants to take and keep taking. The thirst for financial success must be quenched, legally or illegally. In a bid to make money fast in Nigeria, citizens would jump on any scheme that looks promising causing the fraud rates. Every day comes the dawn of a new scheme. Today, the Ponzi scheme has come to play.

A ponzi scheme is a fraudulent investment cycle where the operator generates a return for old investors from payments of new investors. It’s a never-ending cycle which often leads the operator running away with investors’ money. In simple terms, the operator tells Mr. A if he invests 5,000 and he brings 3 other investors, he stands to gain 15,000. The initial 5,000 payment now belongs to the operator and the 5,000 each from the three investors Mr.A brings is then paid back by the operator to Mr. A. the three new investors are required to bring their own new investors, thus, continuing the cycle. When the operator(s) feels enough money has been gathered, they disappear. Most times scam artists move to a different state, or country entirely and start the cycle again.

Companies that engage in Ponzi schemes place all their energy into attracting new clients to make investments. This is because Ponzi schemes depend on a constant flow of new investments to continue to provide returns to older investors. If this flow runs out, the scheme will fall apart. From late 2016 to date various Ponzi schemes have rocked the nation. Ponzi scheme is what Nigerians would call ‘awoof’, meaning bonus. Awoof almost caused the end of numerous lives. The realization that it was all a scam landed some people in the grave, hospital, rendered some bankrupt, lacking school fees and just flat out broke. Ponzi schemes have been done in numbers, these are top three popular schemes that nearly claimed a nation.

MMM was the biggest Ponzi scheme operating in Nigeria in 2016. MMM, which is a replica of the greatest Ponzi of all time carried out in Russia in the 1990s. Back then, the Russian company was responsible for the loss of savings of 5 to 10 million people. In Nigeria, MMM was first prominent in the South East before sweeping the nation. MMM marketed itself as a help service. When you register you donate to someone’s financial needs and as a donator you interest, so also, someone else will donate to your needs. Numerous traders and students invested their revenue and savings to yield interest. Some were lucky to cash in on their prize before the final shut down. MMM was so popular it became the topic for Sunday sermons and testimonies.

016 when MMM operations were on hold. The scheme was short lived as it crashed a few days. Ultimate cycler was simpler than MMM. the 7 matrixed scheme was flexible and dependent on how the investor wished to build. Your preferred package would determine amount invested and the number of referrals you make, ultimately determining your returns. What people don’t know is that ultimate cycler had crashed twice before in 2012 and 2013.

Twinkas was a peer to peer, fund donation Ponzi scheme. Donations range from N5,000, N10,000, N20,000 or N50,000. Upon joining you would be paired by the system with someone to donate to. Others can register through your referral link or the system will pair two people with you, giving you 200% returns on your investments.

Nigerians learned the bitter way that ‘get rich quick schemes’ are nothing but a risk. If done honestly, it can help the financial situations of many people by ensuring continuous cash flow, however, the one person who decides to pull out, breaks the chain. Once the chain is broken everything falls apart. This is not to say that Nigerians are ‘scam’ and ‘get rich quick scheme’ free, the fact is that the Ponzi scheme simply had the greatest impact. 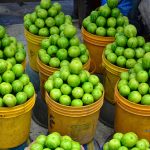 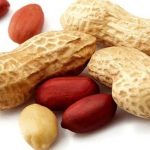