Art itself is an expression of the author/artist/artiste’s imaginative activities. Art can be visual, audio and performed. There is art in every life form. Art is the most unexplainable concept as its meaning varies among individuals. Art is a medium of expression, art is whatever the creator says it is. With different styles and techniques, Nigerian art has evolved from ancient yet remained same at the same time. Nigerian art has always been daring and crafty, with deep cultural meaning just like Nigerian art of today. The only difference is in the stories they tell.

European colonies began exploring Africa in the 15th century. Home to millions of tribes, each with unique cultures, Nigeria is one nation whose culture is depicted through art forms such as dance, literature, music, arts and craft, fashion and more. By the Benue river, the Nok culture lies. Belied to be the earliest settlement of ancient Nigeria, it can be said that the Nok culture pioneered the growth of other cultures of the people.

Nigerian art takes you into a world, where stone, wood and glass carvings, pottery, wire works, and paintings are heavily explored. The average Nigerian sees his/her countries art as deep, distinctive, and Afrocentric. Nigerian art majors in sculpture, masks, and textiles, many pieces too lost to count. Most of these art pieces sit in foreign museums located in colonial countries. Many stolen from the land in a quest to exploit the continent, and others were given in exchange for other items unfamiliar and fascinating to our ancestral fathers.

Though slavery ripped a huge part of Nigerian culture from the history books, records, and artifacts missing, important details of Nigerian artistic heritage survived the tongues of its people who told stories to the next generation and the next. Significant Nigerian art everyone learns about in social studies are Nok Art, Ife Art, and Benin Art, and there is more to traditional Nigerian artwork and their origin.

ALSO READ  A Classic Game to Play With Nigerians

Nok Art originates from an early culture which existed among the Iron age population called the Nok culture. This culture was named after a Ham village called Nok. Nok village rested right above the Benue river in modern-day Kaduna state. The Nok culture appeared in northern Nigeria around 1000 BC and vanished under unknown circumstances around 500 AD, thus having lasted approximately 1,500 years. Iron use forging and melting are unique to Nok culture. Terracotta sculptures are the most popular Nok art. Though the art pieces are assumed to have been made between 500BC and 200 AD, they were first discovered in 1928.

Nok art claims the oldest example of terracotta in Africa, south Saharan. Terracotta itself means baked clay and the baking is don after the modeling. The clay becomes hard when it is placed in fire. Sculptures are fired at high temperatures to get the terracotta result as opposed to pottery fired at low temperatures. Producing this art requires technical knowledge, majorly a mastery of clay forms. Terracotta clay must have no holes or air bubbles because they expand in heat and can crack, which is a danger to the sculptor in the event it’s a big sculpture.

Nok art is known for its diversity of subject matter which could b executed with various styles, treatments, and scales. This art form shows great skill in the creation of life-sized figures and other smaller scales. Most of the terracotta sculptures of heads, most of them are almost life-sized and some have been broken off full body sculptures. The heads are somewhat cylindrical with elaborate hairstyles which feature holes and lines and buns. Characteristics of Nok art include flared nostrils, pierced ears, nose, eyes and mouth, semi-circular or triangular eyes and eyelids, ears are taken back, lowered and small.

Benin Art originates from the Kingdom of Benin, otherwise known as the Edo Empire (1440-1897). The Kingdom of Benin is a pre-colonial African state located in the south-south region of modern-day Nigeria. Benin Art pieces were crafted mainly for the court of the Oba of Benin. Benin art was made from cast bronze and carved ivory. Benin art is ceremonially significant as they depict the Oba’s divine nature, centrality and his interactions with the supernatural. These art pieces honour the deified ancestors of the Oba.

Materials used in Benin art are mainly brass, ivory, and coral and are believed to be endowed with sacred powers. The value and process of art in Benin reflect the earthly and otherworldly influence of the Oba and the great wealth of his kingdom. Benin’s royal arts belong to a tradition that emulates convention even as it promotes creativity and innovation, especially as a reflection of royal prerogative. Over time, rulers have used the arts as references to interpret the history of the kingdom and to acquaint themselves with the past to build and support their own philosophies and define their images for posterity. Ivory tusks and commemorative brass heads are made specifically for royal altars and their colours signify royal power.

The leopard is significant in Benin art. This is because the king is regarded as the leopard of the house. The image of this wildcat is also linked to the Oba’s military strength. Brass casting has a debatable origin in Benin. It is considered the highest-ranking craft guild in the hierarchical structure of Benin society. Brass casting was done using the lost wax method. This method uses clay as a core for detailed wax models. When models are complete, clay is carefully moulded over it and heated. This causes the wax to melt in a narrow channel, molten metal is poured into the mould and left to cool. Once cooled, the hardened clay is chipped off, leaving the image cast in bronze.

The punitive expedition by the British in 1827, impaired the further creation of Benin art. The purpose of this expedition was to conquer the kingdom. This left the altars of art as ruins of war. With no record of things and how they originally were, British expedites rounded the art pieces and sold most of them off in London to raise money for the expedition.

Ife Art depicts kings and gods. The majority being sculpted heads; the head structures are a result of the belief in ase. Ase is the power and energy of a person are believed to be on the head. Ilé-Ifè is the place of origin of the Yoruba people. It is believed that Ilé-Ifè was founded by Oduduwa, son of Olodumare after climbing down from the heavens. It is said that Oduduwa planted a tree with 16 branches. This further interprets the name Ilé-Ifè which means ‘land of expansion’.

Other Yoruba kingdoms stem from the Ilé-Ifè , modern-day Osun state, and rulers and clans when traced, are descendants of Oduduwa. Art is a significant part of this history and culture as it depicts the power of man in ancient time. These art pieces represent the historic people of Ife and the offices associated with them. A monumental piece is a sculpture of King Obalufon II, who is believed to have invented bronze castings. He is honoured in form of a naturalistic copper life-sized naturalistic mask.

According to Wikipedia Ilé-Ifè is known worldwide for its ancient and naturalistic bronze, stone and terracotta sculptures. These art pieces reached their peak of artistic expression between 1200 and 1400 AD. In the period around 1300 CE, the artists at Ife developed a refined and naturalistic sculptural tradition in terracotta, stone and copper alloy – copper, brass, and bronze many of which appear to have been created under the patronage of King Obalufon II, the man who today is identified as the Yoruba patron deity of brass casting, weaving, and regalia. After this period, political and economic power shifted to neighbouring kingdom of Benin, which like the Oyo kingdom, developed into a major empire causing a decline in production of Ife art pieces. Ife art is a unique example of naturalism in pre-colonial African art which varied in regalia, facial marks, patterns and body proportions. 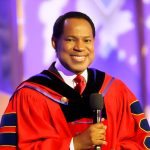 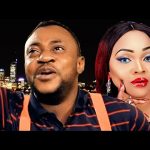