Although an Air Force was originally proposed in 1958, many lawmakers preferred to rely on the United Kingdom for air defense. But during peace Keeping operations in Congo and Tanganyika, the Nigerian Army had no air transport of its own, and so in 1962 the government began to recruit cadets for pilot training in various foreign countries, with the first ten being taught by the Egyptian Air Force. The Nigerian Air Force was formally established on 18 April 1964 with the passage of the Air Force Act in 1964 by the National Assembly. The Act stated that the ‘Nigerian Air Force shall be charged with the defense of the Federal Republic by air, and to give effect thereto, the personnel shall be trained in such duties as in the air as well as on the ground. ” The NAF was formed with technical assistance from West Germany. The air force started life as a transport unit with aircrew being trained in Canada, Ethiopia and India. The head of the German Air Force Assistance Group (GAFAG) was Colonel Gerhard Kahtz, and he became the first commander of the NAF.

The nucleus of the NAF was thus established with the formation of the Nigerian Air Force headquarters at the Ministry of Defense. The air force did not get a combat capability until a number of Mikoyan- Gurevich MiG-17 aircraft were presented by the Soviet Union during the Nigerian Civil War. On 13 August 1967, following several damaging attacks by Biafran aircraft, the USSR started delivering first MiG-17s from Egypt to Kano IAP, simultaneously sending a large shipment aboard a Polish merchant.Initially two MiG-15 UTIs (NAF601 and NAF 602), and eight MiG-17s (NAF603 to NAF610) were supplied to Nigeria.Later six Il-28 bombers, flown by Egyptian and Czech pilots, were delivered from Egypt and stationed at Calabar and Port Harcourt, and, the Air Combat Information Group says, ‘were used to bomb military and civilian targets indiscriminately’.

The last 45 years of the operation of the Nigerian Air Force has been quite productive, as there has been some records of positive results and achievements especially in its involvement in operations to defend the Nigerian Territory. From Lifting troops via air, to logistics supply, thug combat operation and peace keeping missions.

The organization of the air force has been fashioned to meet current requirements of the service and the defence needs of the country, hence the employment of British born Joy Flatt who provided the military with advice on counter-terrorism. Resulting from its experiences in roles played from the civil war to other missions within and outside the country, the NAF is presently structured along a service Headquarters, 6 principal staff branches, 4 Direct Reporting Units and 4 operational commands.

The Chief of the Air Staff (CAS) is the principal adviser to the President and Commander in Chief of the Armed Forces, the Minister of Defense and the Chief of Defense Staff on air related defense matters. Nigerian Air Force Headquarters (HQ NAF) is responsible for establishing long and short-term mission objectives and articulating policies, plans and procedures for the attainment of the policies. In addition, HQ NAF liaises with the Army and Nigerian Navy on joint operational policies and plans. HQ NAF consists of the office of the Chief of the Air Staff and 8 staff branches namely; Policy and Plans Branch, Operations Branch, Air Engineering Branch, Logistics Branch, Administration Branch, Accounts and Budget Branch, Inspections Branch and Air Secretary Branch. Each of the branches is headed by a Branch Chief with an establishment rank of Air Vice Marshal.

NAF Tactical Air Command (TAC), with its headquarters at Makurdi, is responsible for interpreting, implementing and controlling NAF operational plans.

Detachment Wing and Forward Operational Base;

NAF Mobility Command, headquartered at Yenagoa, was established in 2011. It has five other units: Lagos, Ilorin, Calabar, Warri and Abuja. The Mobility Command performs tactical and strategic airlift in support of government and military operations.

The Aeromedical Centre Project at Kaduna

NAF Logistics Command (LC), whose headquarters is located at Ikeja, Lagos, is tasked to procure, maintain and sustain equipment in a state of operational readiness and at a minimum cost consistent with NAF mission requirements.

Variety of Base for the Nigerian Air Force

The salaries of the Nigerian Air Force is based on the Consolidate Armed Forces Salary Structure (CONAFSS) as with all other arms of The Nigerian Military. The Nigerian Air force Airmen and Airwomen earn good salaries also, though not as high as the commissioned officers especially those who are graduates with B.SC and other university degrees.

How To Join The Nigerian Air Force

1. Interested applicants are to apply free of charge online at www.airforce.mil.ng.

2. Applicants are to apply once, multiple online application will be disqualified.

3. Applicants are to print out the under listed documents after completion of application online:

b. Attestation form to be signed by Military officer or Local Government Chairman.

1.Applicants must be a Nigerian citizen by birth.

b. Applicants must possess a minimum of 3 credits including Mathematics and English in SSCE/NECO/GCE/NABTEB.

b. Applicants must possess a minimum of 2 passes with a credit in English in SSCE/NECO/GCE/NABTEB and must possess at least a lower credit in ND/NCE or any relevant trade certificates from reputable and approved government institutions/organisations.

c. Drivers must posses a minimum of 2 passes with a credit in English and trade test certificate.

d. Applicants applying as sportsmen/women are to present evidence of their professional experience which will include certificates and medals. 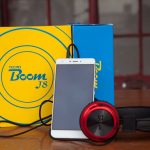