Chief Moshood Kashimawo Olawale Abiola, GCFR was the winner of the annulled presidential election of June 12, 1993. He was a Nigerian businessman, publisher, politician and aristocrat of the Yoruba Egba clan. On June 6, 2018, he was awarded the GCFR posthumously by President Muhammadu Buhari and Nigeria’s democracy day was changed to June 12. Amidst numerous allegations made against his name, to many, M.K.O Abiola was the hero Nigeria never had.

M.K.O Abiola spent his early years in his hometown Abeokuta, Ogun State. He was born, the 23rd child of his father and reportedly the first of his father’s children to survive infancy, hence the name Kashimawo which translates to “let’s wait and see”. It was until he turned 15, that he was named Moshood. The spirit of entrepreneurship has always been a part of Abiola. At the little age of nine, he started his own firewood business. Young Kashimawo would gather firewood at dawn to sell before going to school, he did this business to support himself and his family. At age 15 he formed a band that entertained at events in exchange for food. When the band gained notable recognition, he started receiving cash payments which he used to further support his family and his secondary education at Baptist Boys High School, Abeokuta. M.K.O Abiola in his time served at as the editor of the school’s magazine ‘The Trumpeter’ and former president Chief Olusegun Obasanjo, was the deputy editor. His entry into politics was at the age of 19 when he joined the National Council of Nigerians and Cameroons, NCNC, because of its in-depth pan-Nigerian origin as opposed to Action Group led by Chief Obafemi Awolowo.

M.K.O Abiola started his career way back in 1956 as a bank cleric in Barclays Bank, Ibadan, Oyo State, Nigeria. In 1957 he moved on to Western Region Finance Corporation as an executive accounts officer, after which, he left for Glasgow, Scotland, to further his education. He graduated with a first class honours degree in Accountancy from Glasgow University and soon after got a distinction from the Institute of Chartered Accountants of Scotland. After returning to Nigeria, he worked as a senior accountant at the University of Lagos Teaching Hospital. He later moved to US firm, Pfizer and then joined the ITT Corporation. His stay at ITT Corporation saw him rise to become Vice-President, Africa, Middle-East. It is recorded that he made most of his wealth in the US while he held the post of chairman of the firm’s subsidiary in Nigeria. Also, as a believer in his nation’s wealth, Abiola invested heavily in Nigerian and West Africa. The entrepreneur in him shone through Abiola Farms, Abiola Bookshops, Radio Communications Nigeria, Wonder Bakeries, Concord Press, Concord Airlines, Summit Oil International Ltd, Africa Ocean Lines, Habib Bank, Decca W.A. Ltd, and Abiola football club. He attained great heights in his career compared to the regular businessman. He was also Chairman of the G15 business council, President of the Nigerian Stock Exchange, Patron of the Kwame Nkrumah Foundation, Patron of the WEB Du Bois Foundation, trustee of the Martin Luther King Foundation, and director of the International Press Institute.

Abiola’s major claim to fame came as a result of his philanthropic activities. From 1972 until his death Abiola constructed 63 secondary schools, he was the grand patron of 149 associations in Nigeria, 41 libraries, 21 water projects in 24 states and 121 churches and mosques. Moshood Abiola was also a key supporter and financier of the South African Liberation movement from the 1970s, communicating with all heads of state to ensure that African spoke with one voice.

In 1980 Abiola, joined the ruling party National Party of Nigeria (NPN) and was elected the state chairman of his party. The political arena looked promising when the re-election of 1983 produced a president from his party, alas, there was hope for Abiola to be president. However, that hope was snatched following the 1983 coup d’etat, resulting in the seizure of power from the then president, ending civilian rule. After a decade of military rule, the pressure was placed on General Ibrahim Babangida, the head of state, to return to civilian rule. According to Wikipedia, after an aborted initial primary, Abiola stood for the presidential nomination of the Social Democratic Party (SDP) and beat Ambassador Baba Gana Kingibe and Alhaji Atiku Abubakar to secure the presidential nomination of the SDP ahead of the 12 June 1993 presidential elections. Abiola had managed to work his way out of poverty through hard work. He established Abiola bookshops to provide affordable, locally produced textbooks in the 1980s when imported textbooks became out of the reach of ordinary Nigerians as the naira was devalued. He also made available daily necessities such as rice and soap at affordable prices in the market. For this, the nation further fell in love with Moshood Kashimawo Olawale Abiola. On June 12, 1993, Abiola took the nation by storm by winning what history calls, Nigeria’s freest and fairest election till date. It was a day history was made, however, the election was annulled by General Ibrahim Babangida. The annulment caused an uproar in the nation leading to the seizure of power by General Sani Abacha.

Abiola’s imprisonment came as a result of a declaration he made in 1994. He declared himself the lawful president of Nigeria and was declared wanted on the charge of treason on the orders of the military head of state, General Sani Abacha. MKO Abiola has been referred to as Nigeria’s greatest statesman. The late hero was detained for four years in solitary confinement with holy books and 14 guards and during this time notable leaders like Pope John Paul II, Archbishop Desmond Tutu and other human rights activists from around the world advocated for his release, including late Nelson Mandela. His release was to be granted on the condition that he renounces his mandate, something he refused to do. In 1996, his second wife with whom he had seven children Alhaja Kudirat Abiola was assassinated after declaring her support for her husband. Abiola died under suspicious circumstances shortly after the death of General Sani Abacha on July 7, 1998. Nobody can tell what really happened as the stories differ. The autopsy report of the… states he died of natural causes, some historical stories say it was poisoned tea, and Al-Mustapha alleged he was beaten to death, but the fact remains that Abiola did not receive the required medical attention for his health or illnesses. In his will and testaments, all children of the fallen hero were required to undergo DNA tests to confirm their paternity with a reported over 70 individuals proved their paternity.

Moshood Abiola married many wives and have numerous children. His wives include Simibiat Atinuke Shoaga in 1960, Kudirat Olayinka Adeyemi in 1973, Adebisi Olawunmi Oshin in 1974, Doyinsola (Doyin) Abiola Aboaba in 1981, Modupe Onitiri-Abiola and Remi Abiola. Such is common amongst the rich south-western men. In his time, Abiola was voted international businessman of the year twice and received many honourary doctorate degrees from universities around the world. He was also bestowed with the key to Washington D.C along with other honours. n Nigeria, the Oloye Abiola was made the Aare Ona Kakanfo of Yorubaland, the highest chieftaincy title available to commoners amongst the Yorubas. According to the folklore, as recounted by the Yoruba elders, the Aare Ona Kakanfo is expected to die a warrior in the defense of his nation to prove himself in the eyes of both the divine and the mortal as having been worthy of his title and this is what Abiola did. He was awarded the third highest national honour, the Commander of the Federal Republic posthumously in 1998. He was also awarded the highest national honour, the Grand Commander of the Federal Republic posthumously in 2018 with the date of the annulled election made Nigeria’s Democracy Day. Till this day Chief M.K.O Abiola is remembered as June 12 remains a public holiday in Lagos and Ogun states. However, following the declaration by President Muhammadu Buhari on June 6, 2018, from 2019, June 12 will be Democracy Day and a national holiday. Remembrance events are held every year and the M.K.O Abiola Stadium and Moshood Abiola Polytechnic were named in his honour. Amidst all criticism, Abiola loved his country, his people, and did all things possible to alleviate hunger and poverty through his philanthropy. It can be said that Moshood Kashimawo Olawale Abiola was the president Nigeria needed but did not deserve. 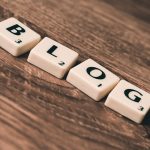 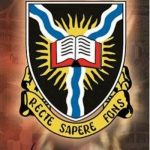 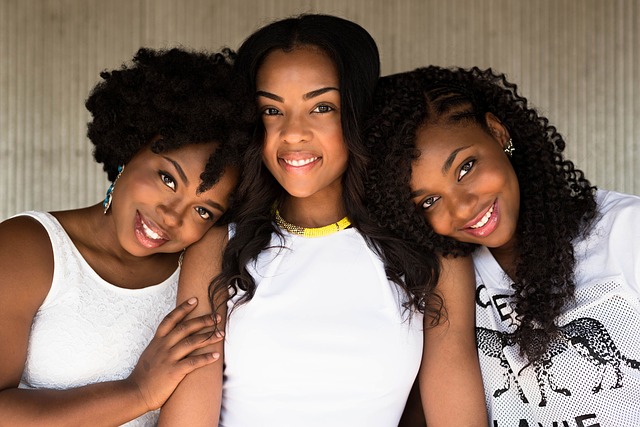