Schooling is a phase in life that every one pass through, Life in school is very adventures in nature, you meet people who influence you, those you get along with and those you do not, the good and bad memories, quarrels with teachers, sneaking from classes, punishments, homework, visiting days, extra-curriculum activities, suspensions, contest and even fight . these and many more interesting experiences make schooling a memorable and unforgettable one.

These memories are always fresh in minds, and you would always have stories to tell family, friends, spouse, children and even grandchildren. For many students, school is not a place of fun or excitement. Maybe as a result of the various homework and school assignments which they dislike, while for some their reason for hating school are bullies who can make life terrible. Before long, a happy child can dread waking up in the morning because of the arguments, teasing or mean jokes that they encounter at school.

Bullying is only one of the reasons why girls fight at school. Sometimes, there are other reasons why girls may get into arguments with each other. That is why most kids are unhappy and dreads going to school. However, school is also marked with moments of poor decision choice, regrettable actions, and behaviors.

Most girls are a very jealous set of human beings, everything gets to them, they want to have what their mates have also. Jealousy is known to cause almost all the major school fights amongst girls. It can be jealousy regarding looks, intelligence, social status, fashion, or something else. Whatever the case maybe When there is any such occurrence, they turn into quarrels, and then into a fight. Most times you will discover that the reason for the fight was a simple and visible truth that Favour, for instance, is more beautiful than Dami.

This is really weird because there is nothing friendly about fights. But, girls still have such fights over stuff like their best friend doing the same thing with the crowd (as laugh at her friend over something). At the same time, a fight may sometimes happen between two friends as a result of a sudden disagreement. No one gets along perfectly forever—even married couples have arguments. Whatever the case, it led them to start a fight with each other.

Children are very fast at learning and sticking with whatever happens in their environment, therefore if their parent’s quarrels and fight quite often, then they are bound to do same. to learn the habits of their parents. If a child has parents who argue frequently or who are going through a divorce, they are likely to end up picking on the same behaviors. Sadly, stopping this from occurring is quite difficult. Until the child learns that arguments never help things, she may continue to get into fights at school.

⦁ Trying to Get Attention

Attention is one thing most girl child desire and when they are not getting it like they want, they could go out of their way to do silly things in other to get the desired attention. There are some people who get into arguments because they want attention. For instance, a child amongst her mates or siblings who is not constantly doing well, instead of trying to compete and fail, the child may try to get attention by putting up some action.

Every child loves to play and have fun, but then if you have observed even little kids that were having fun or playing games can quickly start fighting. When girls are playing and at a point, the other person does something hurting or that the other doesn’t like a fight is bound to occur. A game of football can quickly burst into an argument if someone accidentally hits another player with the ball. Even a non-physical game can result in arguments. In situations like these when play turns sour, the best you can do as you can not stop them from fighting is help them settle, apologize and forgive each other.

As humans are, be it home, school, work, anywhere at all, lack of cooperation would stir fights. There are different persons, with a different lifestyle, beliefs, home training, likes and dislikes, while some people are naturally antisocial; they would always stay away from other students and social activities. For instance, some children like to work alone, some do not like to share, things like this can cause a fight when the need for cooperation arises and everyone is not a team. most times such persons are the very brilliant ones in class, and when the other group feels such person is not on their side, they pick on them and get into fights with each other.

Students in high school, boy issues can be a cause of frequent fights. In a situation when two girls are head over heels for maybe the new cute and tall guy, most especially when you have already told your friend that you liked him and notwithstanding all you said and your warning, she decided to flirt with him and ask him out. This is quite a regular situation which always leads to serious quarrels and fights. There is really no way to prevent it from happening, except everyone is cautious of the guy to go for, so as not to get entangled with the person your friend is also into.

⦁ To Prove Strong & get Fame

Proving how strong you are than your other mates is another very popular reason why girls fight. Most girls automatically turn to great bullies after discovering, proving and showing their strength and ability to handle just any girl who falls into their trap or gets into their way. Most times they just brag that some persons would not just dare them as they would be dealt with, disfigured, left with an everlasting mark to always remember such days with, these, therefore, leaves some in fear. Such girls are well-known for their trouble and are as well avoided.

Aggression is another cause of most fights between children and humans in general. Sometimes, fights happen at school without you contributing at all. There are some people who are just extremely aggressive and use abusive language on other. The victim might not intend to make the fight physical, but she starts returning the abuses, A fight most times is inevitable.

Another potential cause of girls fight is teachers or parents. Sometimes, a friend who shares some really personal thing or action that the other is about to take and her friend happens to leak her secret to parent or teacher. No girl child like to be reported to her teacher not even by her most trusted friend even if it is likely to lead to bigger problems or it is a life-threatening situation, it is better the teacher discovers by his/her self. When friends do the reporting, it is easy to feel betrayed by a friend and a quarrel starts.

⦁ The Wrong Set of Friends

Most fights also gotten into in school by most girls are as a result of their choice of friends. A popular adage says ” Show me your friend and I will tell you who you are”. If your girl child is getting into fights, it could be the friends. Some people are naturally drawn to trouble and are quite aggressive so making friends with these kinds of people naturally causes fights to happen. Some girls are also very fond of mocking other people and bullying their friends. Avoiding these set of friends can prevent you from getting involved in any fight. 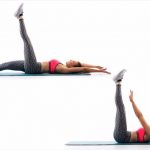 7 Exercises for a Flat Tummy 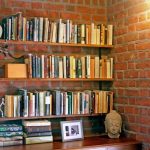 Amazon List of Top Books you should Read before you Die