It is not news that cars in Nigeria are nicknamed. Every day a new name is born. The brands with he most common nicknames are the Toyota Camry and Honda Accord. Over the years as new models are designed so are their nicknames. As long as new cars are made, the car nickname discussion continues.

Here are funny Nigerian nicknames for cars in Nigeria

The Toyota Camry 1995 came to be in the Camry V40 series which appeared in July 1994. This Camry model was different in the eyes of the consumers. Previous models featured a slim build and a hard top. The V40 was unusual in the sense that the 1995 Toyota Camry was bigger than its predecessors. The increase in model size is what inspired the name given to it by Nigerians, ‘orobo’ which is Yoruba language for ‘fat’

Pencil on its own is a funny name for anything that isn’t a pencil. Without seeing this car, the name pencil will give you a mental picture of a long and slim car. This model took the Toyota Camry series back to what the users were used to, slim cars. Its slimness however inspired the name pencil. It was also called millennium because the car came out at the start of a new millennium

Toyota Camry 2003 has the most childish nickname out of all. The nickname for this car is ‘big daddy’. Big daddy is what numerous Nigerian kids call their uncles or family friends who are like father figures. The origin of this name is not certain, however, it is called big daddy till date.

The 2007 Toyota Camry brought a new dawn to Camry series. This model was big but curvy and somewhat muscular. The design finally justified its big size which led to the naming of this car, muscle, by Nigerians. The curves and cuts of the car could be likened to a muscle. Till this day, the muscle car reigns in Nigeria.

The Toyota Highlander got its nickname from its shape and size of the older models of the car. The big boxy SUV, cruised on land just like a carton on wheels, hence the name carton wagon. The car is big and boxy like a carton and it has wheels like a wagon. These days it’s rare to hear it being called a carton wagon, but when the car was in vogue, that was the name.

The 2012 Honda Accord is one of the newest car models on this list. The car sports a sleek and edgy build, different from is predecessors. The car is nicknamed evil spirit and anaconda because of its thin sleepy-eyed headlights which have a striking resemblance to the eyes of a serpent.

The Honda Accord 1996 got the name bulldog from its structure. The mildly bulky car with a short back sits on the ground almost like a bulldog. With the impossible image to imagine, Nigerians are just very creative and funny individuals. When you look at the car long enough, you would see the bulldog in the car

The Honda Accord 2006 – 2010 generation was a continuation of the 2003-2005 models. As the previous model was named ‘end of discussion’, this next generation was nicknamed ‘discussion continues’. It sounds too funny to be true, but Nigerians do make use of these nicknames.

The origin of this nickname for the Honda Accord 1998 is unbelievable but funny. The name came to be after the car was featured in a film titled ‘Baby boy’ by John Singleton. The film starred famous actor Tyrese Gibson, the original baby boy.

The Honda Accord 1986 is just like its nickname, common. The car was a best-seller when it was released. It sold so well, that the 1986 Honda Accord was the first choice whenever anyone wanted to buy a car. The car became so common on Nigerian roads that it was nicknamed after the most common Nigeria commodity, pure water.

The Volkswagen Beetle is the most popular 20th-century car in Nigeria. Though almost extinct today, the beetle is a car every child of today’s generation knows. The Beetle car is called a Beetle car because it looks like a beetle, however, Nigerians took it upon themselves to name the car Ijapa or Tortoise. Ijapa is the Yoruba language for a tortoise, hence either of the names apply.

The Mercedes Benz 190E is one of the models that gave birth to what became the ‘Compact Class’ now known as the C-Class. The new design series was a daring move but a successful one. The name Baby Benz came from the fact that it was perceived as a subcategory for other series, like a mini version.

The 1982 Mercedes Benz 200E was the car only the elites cruised it. The car defined the social class in the 80s and 90s. The car surprisingly did not get its name from its luxury status; however, it got its name from an obvious feature, the boot/trunk. The car boot/trunk is shaped like the letter ‘V’, hence the name ‘V boot.

The Peugeot 407 was the first of its kind. The county was used to the boxy, edgy build of its cars, they never expected a more streamlined car, almost like a capsule. The Peugeot 407 was nicknamed jet because of its sleek, sharp, small and capsule appearance, just like a jet. 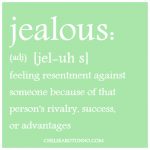 15 Signs of a Jealous Co-Worker 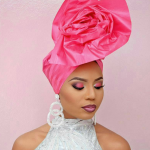 How To Tie Gele