Forbes brings to your doorstep the latest updates and information about products, people, and potential. With publications such as Forbes richest musician in Africa, 30 under 30, world’s most influential people and net worth ranks, Forbes is a publication ever young and old innovator wishes to feature in. Forbes is a global media company that focuses on finance, business, leadership, lifestyle, investment, technology, and entrepreneurship. Forbes is considered an authority publisher of content in these categories.

Forbes doesn’t fall far from Africa as there is wealth in abundance in the continent. The publication has taken its time to review the achievements of African musicians to rank them. The African continent is filled with talents, with the focus being music, once you think Africa, you immediately think Akon, Wizkid, Davido, Tinashe, Don Jazzy, Black Coffee and the likes. Africa’s richest musician is one who has risen from grass to grace. Through his hard work, business mind and musical talent, Akon has maintained his position over the years as Forbes Richest Musician in Africa and has a net worth estimated at $80 million

Akon was born Aliaume Damala Badara Akon Thiam on April 16, 1973, in St. Louis Missouri, the United States according to legal documents released by. Akon is a singer, songwriter, producer, and businessman. Although he was born in the U.S, he spent most of his life in his home country, Senegal. With a dancer mom and percussionist father, Akon learned to play five instruments. In his humble beginnings, he expressed difficulty relating to other kids and upon reaching high school, the rest of their family moved to Atlanta, while he stayed back with his older brother in New Jersey.

While on his own Akon found music and crime. During his three years in jail, Akon realized and explored his musical talents. Akon’s music career started for real when he met music mogul Devyn Stephens who heard had heard of him from another artist who used to bring Akon to Stephen’s rehearsal hall. After Akon was released from Elektra, Stephen signed his new friend and mentee. The smash single ‘Lonely’ by Akon caught the attention of Universal’s imprint SRC Record’s attention and that sparked the dawn of a new era.

Akon’s music spread around the globe as he collaborated with international artists often and singles such as ‘Lonely’, ‘Locked Up’, ‘Belly Dancer’ from his debut album ‘Trouble’ in 2004 and more topped the Billboard charts and other charts in the UK, Germany, Australia and African countries. It was the West-African vocals on an East Coast rhythm that shook the world. Akon became an ambassador to his home country Senegal, as he brought a lot of the country’s struggles to light. Not afraid to say he was a convict, Akon’s songs are known to have a signature jail door closing sound in the beginning.

Akon went on the start his new record label Kon Live Distributions under Interscope Records and release his second studio album ‘Konvicted’. This album further swayed the world with tracks featuring Eminem, Snoop Dogg, Style P and more, topping the charts once again and even gaining a Grammy nomination. Akon, the Konvict Music pioneer, soared even higher with his third album ‘Freedom’ which crossed into the new school sound featuring the likes of Lil Wayne, Young Jeezy, Kardinal Offishal and Colby O’Donis,. Akon has produced for and worked with legendary artists like Gwen Stefani, Leona Lewis, Dr. Dre, Damian, Julian and Stephen Marley, Alexandra Burke, Natalia Kills and Michael Jackson before his death.

ALSO READ  7 Record Labels in Nigeria, Where Are They Now?

Akon is more than a musical talent, he is also a philanthropist and a businessman. The father of six is a father to many as he has a foundation for less privileged kids living in Africa called Konfidence Foundation. The purpose of this foundation is to empower youth in Senegal, West Africa, and the United States by promoting health and education and supporting impoverished families. Akon also has investments in mining. He owns a diamond mine where profits are donated to local communities. Africa’s richest musician does not believe in blood diamonds, though he believes they exist, however, he avoids the use and mining of blood diamonds.

In 2014 Akon embarked on ‘Akon Lighting Africa’ initiative, by providing villages and communities with electricity through a clean and affordable solar energy solution. The goal of this initiative is to provide 600 million people with power. Through this initiative, Akon has launched a solar academy. Asides his great achievements, Akon has had his fair share with the law and legal charges which led to the end of some partnerships but the Senegalese hero stands tall. 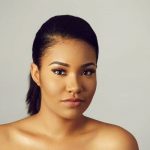 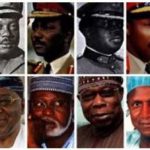