Foods that prevent cancer should be the holy grail for cancer patients and non-cancer patients. The rate at which people die from cancer is increasing and the necessary curbing methods must be deployed.

You are what you eat, so become what you wish to be, cancer free. The food on this list cannot be termed miracle foods that cure cancer because cancer has no cure. However, they are healthy foods that prevent cancer.

A cancer prevention diet plan will work fine to stay healthy overall and you just need to know what to eat. Here are 10 foods that prevent cancer.

carrots are one of the healthiest vegetables to eat with a vibrant orange colour. There have been several studies that have found an association between the consumption of carrots and a reduced risk of cancer.

These studies were specific to some types of cancer which includes stomach cancer, lung cancer and prostate cancer. Asides the fact that carrot is one of the great foods that prevent cancer, it is one food that should be in your day to day diet.

Carrots can be eaten as a snack on its own or with a dipping sauce like hummus. It is also a nice addition to your salads and meals because of its sweet taste.

There are many cancer-causing foods to avoid and garlic is not one of them. Garlic is a staple spice in a lot of our meals. It contains sulphur compounds that have been said to encourage the production of substances that fight cancer cells.

With its unique taste, it can be added to any meal and helps enhance its flavour. However, take a mint after a garlicky meal, you do not want to cause cancer yourself.

Here is a tip for that, once garlic has been minced, simple place your hands on a zinc surface, (this can be your kitchen sink) and the smell will disappear.

Next, on the cancer prevention food list is the might Broccoli. Green with envy broccoli is one food that prevents cancer. Broccoli is famous for a lot of health benefits.

One of which is that it contains sulforaphane which has been said to be a cancer-fighting substance. Research shows an association with the intake of broccoli a few meals per week and a reduction in the number of cancer cells as well as a reduction in tumour volume.

Its rich green adds texture to meals and easily absorbs flavour. It is very easy to cook. It is best steamed, eaten raw or added to soups.

Berries are other foods that prevent cancer. They are also the earth’s healthy candies. Can you believe that, a sweet anti-cancer food on the list?

They contain antioxidants such as vitamin C and ellagic acid. These act as disease-fighting weapons when consumed. Studies have shown that consumption of berries can reduce the risk of cancer.

Antioxidants act as neutralizing compounds to free radicals which are unstable compounds that lead to cancer. There are so many different types of berries to choose from, blueberries, strawberries, blackberries, raspberries and so on are foods that prevent cancer.

There is an abundance of fish in the sea! Fish, especially fatty fish are not only delicious but also have health benefits. This is what makes them part of the foods that prevent cancer.

They contain Omega-3s and have been shown to reduce risk of cancer by nearly thirty percent. Salmon is an example of food you should have on your cancer prevention diet plan.

ALSO READ  Basic Makeup Kit for Beginners on A Budget

They are really easy to cook and take just a few minutes to prepare. Salmon is also eaten raw as sashimi and eaten with soy sauce. Although easy to cook, Salmon may be quite expensive.

There are more affordable fatty fish that are high in omega-3s, these include mackerel, tuna and sardines.

Nuts can vary in taste, some a little bitter, while others are savoury. It does not change the fact that it is a food that prevents cancer. They also have a different texture, most being crunchy.

Different studies show an association between eating nuts and lower risk of dying from cancer. Research has been done on some specific nuts. One of which is the brazil nut that has a high concentration of selenium.

Selenium is a trace mineral that commands the cancer cells to kill themselves and promotes the repair of DNA. Nuts can be eaten on their own as a snack as they have high energy content. They can also be roasted and added into salads.

Some nuts can be made into spreads easily or really bought from a convenient store.

The rich red colour of tomatoes paired with its juicy content makes tomatoes a popular fruit used for meals. Tomatoes are not only delicious but help fight cancer cells with a phytochemical called lycopene.

Lycopene is an antioxidant that has the most concentration found in tomatoes. Research has shown an association between lycopene and a reduced risk of prostate cancer.

Although there is an abundance of studies related to prostate cancer, other studies have also shown links between lycopene and breast cancer, lung cancer as well as a reduction in tour size. Tomatoes can be eaten raw or turned into tomato juice.

It is interesting to note that processed tomatoes, in the form of tomato sauce on pizza or in other cooked meals, expose more lycopene to your diet as the cell walls are broken down when exposed to heat.

Oil is a major component of so many different meals, when making stir-fry, cooking meals and even in salads. Although eating less fried foods have been said to improve diets, a simple switch in the type of oil used is recommended.

Olive oil has so many health benefits. One includes fighting cancer. Research has shown an association between higher olive oil intake and lower risk of breast cancer, colorectal cancer as well as cancer of the digestive system.

Olive oil can be drizzled over salads or used in making salad dressings. It can also be used in marinades for meats and veggies.

Turmeric is a very well-known spice. It adds not only colour but also flavour to foods. It has so many health benefits. Its active compound, curcumin, is an anti-inflammatory, antioxidant that fights cancer cells.

Turmeric can be readily and easily added to meals because it is a spice. 1-3 grams of turmeric per day is advised as a good consumption quantity.

Apples are great because of their versatility. They can be used in a multitude of dishes and the awesome news is they also have health benefits.

The fibres in apples help fight cancer cells in the colon once they are fermented. Some antioxidants also found in apple help in the destruction of cancer cells. Apples can be eaten raw, apples can also be used to make applesauce.

To sweeten up a salad, chopped apples can be added. Apples are a staple for many desserts including apple crumble and apple pie. An apple a day keeps cancer away! 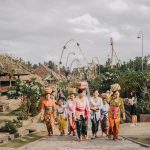 Sights to See Around the World 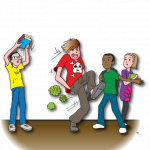