Steve Crown is a young handsome Nigerian, a true worshipper, a fast-rising gospel music minister who presently, shares the stage with many great gospel artists, singing in concerts, crusades and serves as a music director in several choirs and singing groups. Steve Crown is also a songwriter, music maker and a music director, His pace was quite swift for someone who just began his journey a few years back, unlike the usual little beginnings where artist are rarely announced by their debut singles but subsequent tracks, Steve was different from that orthodox path, and so for a start, he came all out with a hit single “You are great”.

This song was more like a 4.2 magnitude earthquake that swallowed the entire country. Nigeria’s national anthem was probably under a huge threat of being replaced by a gospel track because everywhere you travelled an then the vicinity is not dominated by 18th century Buddhist and monks, there’s a 99% chance you’ll hear the track gracing your ears. The song was that rampant and viral. Steve became so famous after his gospel song called “You are great”. This song became a hit in the gospel music industry. Steve became a celebrated gospel singer after “you’re great” and birthed more gospel songs resulting in wide acclaims and positive appraisals.

Gospel Music Minister Steve Crown Uche Okolo popularly known as (Steve Crown), The 27 yrs old, hails from Benue State, North Central of Nigeria, but was born and He grew up in Abuja. He became interested in music when he was four and at the age of eight, he joined his church choir (Saint John’s Anglican Church). Later he became a part of well-known club Deacon Kids Band. Steve Crown has a diploma in law from the University of Abuja and went further to the Federal Polytechnic, Kaura Namoda in Zamfara State where he read Office Technology and Management with the hope of taking more courses in the near future.

Steve Crown has been into music professionally over two years but he has been into music since he was a kid. He grew up to see his parents in the music world. He was born into an orthodox family, that goes to a church where they do all the sofa notes—Do-Re-Mi-Fa Hu-Ha-Ha, and he also got to learn from his mother. Every morning while they observe their morning devotion they usually sing together, worshipping God and since then it became a lifestyle for him, little did he know that it would lead him to the music industry as he was not looking forward to a career in music. Steve Crown, however, continues to sing gospel songs in concerts, making videos for his songs, sending his message to the world.

Steve began singing at age four and later join the choir in his local Anglican church at eight. He developed a love for drumming and he often irked his parents with his frequent drumming. He was more into visual arts and often did paintings, music was hardly in his future plans but destiny had to prevail. In his awe of God’s magnificence and mystery of creation, he was inspired to sing “you are great” and that was it. He never envisaged fame and the myriad of attention, he just wanted to touch lives with his songs, he only needed to express how awestruck he was about the enigma of God’s existence. Steve today is preoccupied with ministrations around the country, which was an offshoot of the success of his hit single “you are great”. Steve Crown is now into music full time.

ALSO READ  Embarrassing Moments Everyone Can Relate With

Steve has this list of great gospel singles to his credit;

And many more. Steve Crown does virtually different songs because he wants to reach out to a lot of people with their languages and in a manner, which all would be able to catch the flow. He hopes to do songs in Spanish, French and any other language because his goal is to spread God’s love to people and let them know about His sovereignty.

How Steve’s Creative Famous Hit ” You Are Great” Came About

The popular gospel singer says that his biggest hit song that made him popular came from just his wide thoughts which he seems to be asking himself, and he keeps trying to find the right answers to them. He asks himself questions about the existence of man, about how creation began, sun, birds, and sea how they came about. Everything is just perfect. Time and season come and go without failing. He also pondered about miracles. Seeing someone who had a problem and the problem was solved, just because he called upon Jesus. He said the greatest mystery that makes him wonder most was “God”. who created heaven and earth, can we tell who created Him? and he said that to him, the God who we can’t tell who created must be feared. He is just way too much for us to comprehend, even though most prophets of old wrote about Him, there is still much more about Him that no human can describe. And that was how the song “You Are Great” came about. Steve Crown also stated to the public that his main source of inspiration is from the “Holy Spirit”. As he could be anywhere such as a gym, a dream where he is leading a choir, and the lines to a song would drop into his spirit. While some come through personal and other people’s experiences and that is how God has been giving him his lyrics.

Steve Crown is the founder and president of “Lakelight Entertainment”. A record label with a vision and mission to discover talents, listen and help create a platform that will help them create a positive impact in the society. Lakelight Entertainment also aims at helping young gospel music aspirants find their place in life, achieve their goals and teach them to work hard for the achievement of their goals and discover the Greatness of God and to also help transform the lives of people with gospel medley. Lakelight Entertainment is also a platform used in promoting God’s works through music and saving of souls. Lakelight Entertainment also started a foundation which gave birth to ” Nations will Rise and Sing Concert” which took place in Abuja on the 22nd of October 2017. The very big vision is going across the world already and it will see the gathering of the people of God from all tribes and races all over the world and it’s derived from Psalm 86:9-10.

The popular music minister is still very much single and not into any relationship yet, though he hopes to get a wife soon so as to save him from the numerous female distractions he gets daily due to his famous personality. 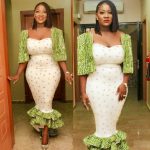