Democracy Day is a public holiday in Nigeria that is held annually on May 29th. This day commemorates the restoration of democracy in the Federal Republic of Nigeria, following the election of Olusegun Obasanjo as the President of Nigeria in May 1999, ending multiple decades of military rule that began in 1966 and had been interrupted only by a brief period of democracy from 1979 to 1983. The history of democracy in Nigeria is one tainted by military rule and war. Nigerians are experiencing what is called the longest democratic rule it has seen since independence.

After independence in 1960, Nigeria enjoyed democratic rule until the first of many military coups in 1966. This coup set the ball rolling for other military personnel to plot and execute their own seizure of power. These coups brought about war, bloodshed, division of the country and a crippled economy. The average Nigerian man suffered during these times. Though some sectors thrived and back then, things were easier, the people lacked the freedom to choose their power and speak with power. A freedom democracy offers them. Democracy was briefly restored from 1979 to 1983 to the country under the rule of Shehu Shagari, brief because another coup ended that chapter.

Democracy, as defined by Abraham Lincoln, is a government for the people, of the people, and by the people. In a democratic state, the government should be for the people, that is they serve their people and do what is best for their country. A democratic government is of the people, noble members of the Nigerian people are to serve as the government. A democratic government is by the people, the sovereign state is to vote in their government. With this definition in mind, you know what to expect of a Democratic Nigeria. Nigerians have gone through series of social and economic warfare since civilian rule began and the citizens continue to hustle their way through. It will seem like the country has gone from bad to worse, due to mismanagement of resources, still, democracy is celebrated. Just like independence, civilian right to freedom was fought for. A new dawn to the agitation for civilian rule came with the sudden demise of General Sani Abacha. To this end, some noble Nigerians laid down their lives. Today’s democracy started with Chief Olusegun Obasanjo. Today we look into the life of the pioneer and his time as President of the Federal Republic of Nigeria.

Chief Olusegun Obasanjo was born Olusegun Mathew Okikiola Aremu Obasanjo on May 5th, 1937. Chief Olusegun Obasanjo, GCFR, Ph.D., is a former Nigerian Army General who was President of Nigeria from 1999 to 2007. The historic leader was born to his father, Amos Adigun Obasanjo Bankole and his mother, Asabi in Abeokuta, Ogun State, Nigeria. He became an orphan at the age of 22 after losing his mother in 1958 and his father the following year, 1959. In 1948, Olusegun Obasanjo enrolled into Saint David Ebenezer School at Ibogun, for his primary school education after which he went on to Baptist Boys High School (BBHS), Abeokuta from 1952 o 1957 for his secondary education. In 1958, Obasanjo joined the Nigerian army. Some of his studies and training includes Mons Cadet School, Aldershot, England; Royal College of Military Engineers, Chatham, England; School of Survey, Newbury, England; Indian Army School of Engineering, Poona; and the Royal College of Defence Studies, London. During his military career, Obasanjo served in many ways, achieving many heights with dedication. Often said by our parent’s generation to be one of the most intelligent leaders.

Following a failed coup by Lt. Col. Buka Suka Dimka in which General Murtala Mohammed was killed, Obasanjo was appointed Head of State by the supreme military council on February 13th, 1976. During his three-year reign as Head of State, the country recorded tremendous oil boom as oil revenues increased. Industrialisation also saw a new phase during this time, it is recorded that the growth was particularly evident in the production and assembly of consumer goods, including vehicle assembly, and the manufacture of soap and detergents, soft drinks, pharmaceuticals, beer, paint, and building materials. The Obasanjo government invested heavily in infrastructure, and the number of “parastatals” — jointly government- and privately owned companies — proliferated. The education sector also expanded under his rule. The increase in numbers of universities, primary and secondary institutions ensured more Nigerians access to quality education and a more educated nation. No regime is perfect as he was also accused of political repression following the raid, burning, and abuse which took place at late activist musician’s home, Fela Kuti. His mother, Funmilayo Ransome-Kuti was thrown down a balcony and later died from the injuries. Peacefully, he resigned as Head of State and from the Nigerian army handing over power to the newly elected president, Shehu Shagari.

After his regime, he faced imprisonment after speaking up against the abuse of human rights under the rule of General Sani Abacha. In prison, he became a born-again Christian. Obasanjo was initially, sentenced to death after facing a military panel set up by General Sani Abacha, charged with a phantom coup. The sentence was later commuted to 30 years imprisonment.

In 1999, Obasanjo ran for president under the People’s Democratic Party (PDP), defeating Olu Falae, the joint candidate of the All Peoples Party, (APP), and the Alliance for Democracy, (AD). May 29th, 1999, the day Obasanjo took office as the first elected and civilian head of state in Nigeria after 16 years of military rule, is now commemorated as Democracy Day, a public holiday in Nigeria. During Democracy Day, Nigerians host celebratory dinners and festivals around the country, having fun with family, friends and plenty of food. In 2003, President Olusẹgun Ọbasanjọ ran for a second term under People’s Democratic Party and won by a margin of more than 11 million votes. During his time as a civilian president, the economy experienced great growth as the GDP increased by 6% until he left office. This was helped in part by higher oil prices. Nigeria’s foreign reserves rose from $2 billion in 1999 to $43 billion on leaving office in 2007. Amongst other achievements, Nigeria moved forward on the country’s debt payment during this time. Not to forget the introduction of mobile phones during his time. This effort sped up Nigeria’s growth. He also embarked on peacekeeping agendas that were recognised internationally. Obasanjo left office in May. 2007 and shocked the world with a peaceful handover to the late Umaru Musa Yar’Adua.

The Obasanjo name has run on the covers of many papers for many reasons. The past leader was married four times; however, his wives were Esther Oluremi, Lynda (deceased), Mojiosola Adekunle (deceased), and Stella Abebe (deceased). In all, he has twenty children in this order, Bisoye, Biyi, Bola, Bukola, Busola, Damilola, Dare, Dayo, Deboye, Funke, Funso, Gbenga, Iyabo, Juwon, Kofo, Kunle (nephew Obasanjo adopted as a son), Olu, Segun, Seun, and Toyosi. In addition to a variety of chieftaincy titles, Obasanjo holds the titles of the Balogun of Owu and the Ekerin Balogun of the Egba clan of Yoruba land 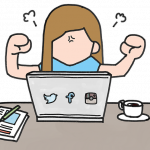 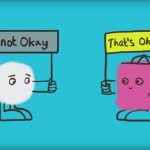