Danfo is the signature of transportation in Lagos state Nigeria. The danfo bus is that beautiful, dirty yellow, Volkswagen, mystery machine style bus, that seems to have no doors, you see on the Lagos high ways. Danfo is the yellow of Lagos. Danfo buses in Lagos are common but each one unique. Each bus is a city or world of its own, each bus stop is a door to millions of hustles. The danfo bus is rugged, it is rough, it is risky, but it makes Lagos mad, as it should be. The danfo bus is not complete without the danfo driver, conductor, nursing mother, corporate employee, nosy middle-aged man, and the passenger who intentionally boards the bus knowing full well he/she does not have change.

The danfo bus emerged from the formerly used American style school bus called molue. Molues are big and scary. The molue bus took over when the government banned the bolekaja, for commercial transport services. The molue bus phased out almost a decade ago and was replaced with the LAGBUS. Danfo buses increased in number, giving Lagos an even brighter yellow colour.

Though the Lagos State Government has proposed a new danfo bus, nothing beats the yellow. From the roughly melodic bus stop calls, to the world you experience in that bus, the danfo is a part of the Lagos culture. Without the danfo, Lagos loses a big part of its image. The moments you spend in a danfo bus will give you a glimpse of the different worlds in the Lagos metropolis, the woes of the people as well as the triumphs. When dealing with the danfo bus, there are different people you will come across and precautions you must take.

People You Meet in A Danfo Bus

More often than none, there is always an entitled mother or nursing mother on the bus. They get on the bus knowing full well there is no space for their child/children, or pay for one passenger, expecting you to make room for their child or carry them. They are seen as entitled because they feel they have a right to your space and comfort in a danfo because they are traveling with a child or children.

In a danfo bus, you will always meet a nosy middle-aged man. Minding his business is a big problem for him. He comfortably places himself in the nearest interaction. The intrusion can occur based on whatever he deems intrusion worthy, which is everything. It could be your student ID Card, the football tweet you’re reading, your jewellery or hair.

You will always find that one passenger that never holds change. A typical bus fare is N50 to N100 but that special individual will board the bus with a N500 or N1000 note, disregarding the conductor’s plea to only come with small denominations (change). Such passengers spend their time on the bus looking for who to ‘join’ them so as to pay collectively. Some passengers who never hold change don’t speak or make any attempt to break the money down to smaller denominations, they simply hand their large amount to the conductor and cause a ruckus.

A danfo bus is incomplete without the noise maker. Everything about them is loud. Getting on the bus, phone calls, asking questions, chewing, all so loud. They disrupt the bus with their noise. Most noisemakers are call makers. They stay on the phone throughout their ride on the bus and sometimes put their phone on speaker too. In that bus, they engage in family arguments and business transactions most times.

You would think these guys phased out with the molue bus, but you thought wrong. The preacher is still very much present in the danfo bus. They bring the message of salvation to every ear who wishes and wishes not to hear, you’d be lucky if they don’t have a mini megaphone.

In most danfo buses, you have the drugs salesman whose drugs can cure STDs, STIs and terminal illnesses such as cancer, HIV/AIDs, Diabetes, Staphylococcus Eurus, gonorrhoea, heart disease, vaginal infections and more. The drug seller advertises with so much passion and conviction that his drugs work.

The earphone gang members are the MVPs of danfo travel. They do not wish to engage with anyone or be disturbed. They just want to get to their destination safely and go, so they plug their ears with their earphones to create the impression that they are listening to something. Most times, they have no audio or video playing, the earphones are simply to deter others from attempting to interact with them.

The market woman is always on the bus. She comes in with either light or heavy load sometimes not allowing you enough leg room. She can also be a noise maker too.

When transporting with danfo, it is important to keep all valuables in the inner sections of your bad and zip it. This is because there are many pickpockets on the bus. They are so skilled you won’t notice your possessions being taken away. It is often said that the danfo thief can steal your phone whilst you listen to music and the song will still be playing.

A lot of people in Lagos still do not understand the importance of good hygiene and use of deodorant. Apologies in advance because there is nothing you can do about it. It’s best you sit by the window, so you can stick your nose outside because one or more persons on the bus will have a bad body odour.

Not everyone stays hydrated or brushes their tongues properly. Sometimes it can be the garlic or onions in their previous meal, however, there will always be that one passenger with bad breath in the danfo.

To avoid embarrassment from the danfo driver, the bus conductor or other passengers, hold change. Bus fares are usually N50 to N100. Board the bus with small denominations, it will save you a lot of stress. If at all you do not have change, make it known upon entry.

Sitting by the door makes it easy for you to alight the bus. In a time of danger, this will be beneficial as it will be easy for you to reach the exit. Also, should in case your comfort is compromised by circumstance the opened door serves as compensation.

It is important to keep all valuable items in the inner sections of your bag because of danfo pickpockets. Do this and hold your bag on your lap, this will hinder anyone from stealing from you.

In boarding and alighting a danfo bus is an extreme sport, therefore, you must be quick. The bus driver will not wait for you to get ready, he will move his bus, with or without you. The quicker you move the better for you to avoid injuries or accidents.

The danfo driver is the president of the bus and the conductor, his vice-president. They control the bus. If they so wish, they can stop the bus in the middle of the journey and say they’re no longer going and there is nothing you will do about it except express displeasure. If you annoy them enough, they can like to refuse you entry into the bus and again, there’s nothing you can do about it. The own the bus.

Understanding danfo terms a key to successful and easy danfo use. You also cannot be shy to use these words. Asides the obvious words like danfo, driver, conductor and passanger, there is a very significant Yoruba phrase, ‘O wa o!’. The literal meaning of this phrase is ‘it’s here’, but it used to indicate you’ve reached your bus stop. Do not play yourself and say ‘there is’, the conductor won’t communicate the stop to the driver. A common term you hear from bus conductors is ‘waso’, i.e ‘Oshodi waso’. Waso means N50, therefore, whenever you hear a bus conductor say waso, it means the bus fare is N50.

You need to know the right names of bus stops so you don’t get on the wrong bus or miss your stop. Getting into the wrong bus will not just waste your time, it will cost you more money to find your way back and if you’re new in Lagos with johny just come written all over you, you just might be a victim of crime. 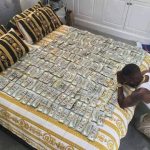 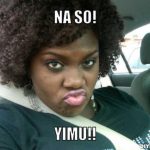