Lying is bad, very bad. Be it a white or serious lie, lying is lying and the only way out of the lie is to tell the truth. There are lies men tell, lies women tell and general lies we all tell. They are funny, unnecessary and just plain lies. When you think about it, you’d think you can understand why people lie and the types of lies that exist, but it’s just too many lies. Think about it, this could be a lie too. Here are the common lies people tell and examples of white lies.

Though the lies are in no particular order, this very lie is unmatched as it is told every day. It is so convenient it just slips out of your mouth and rolls off your tongue and through the phone. You know you ought to be somewhere and you are probably still getting dressed or watching tv, or still marrying wherever you may be, yet you tell this white lie, “I’m on my way.” When you are supposed to meet up with someone and they tell you they are on their way, if you do not hear the wind and the sounds of moving traffic, there’s a 100 percent chance the person is lying.

“I don’t know” is never an intentional lie. It can be considered a default response, that is why the lie is so common. Whenever someone is asked something, and the response comes almost immediately, it probably is that they don’t know. Most times, they do, they just do not wish to process your request and probably cannot be arsed too either. At times, they just don’t want to tell you, so they lie.

This lie comes after someone has said something most likely hurtful or rude. When the recipient does not take it the way the sender hoped they would, this lie becomes the next tool. It is also used when the intended meaning of a shady message is exposed. In a bid to redeem themselves they simply say “I didn’t mean it like that”. It is a lie that has been told for centuries and will continue to be told. Do not play yourself, they meant it like that.

Every entrepreneur or basic service or product provider can relate to this lie. Come to think of it, everybody can because we have all been on one end or the other of this conversation. When someone says they will get back to you, it is another way of saying, I am not interested, therefore, they are never getting back to you. Sometimes, they don’t mean to, but it’s a habit of theirs.

There is no defence for this lie. It is always a lie each time you hear it. From family members, pesky friends, annoying neighbours and the likes. Whenever they call to hang out you simply say you’re not around. At times these unwanted visitors could be at your doorstep and Junior effortlessly passes on the lie, “My daddy is not around”. The weight of this lie can cause earth tremors.

For some reason, people who live in highbrow areas in Nigeria love this lie. Every resident in Nigeria knows never to expect power always. How possible is it that in a country where constant power supply has never been achieved, the power just seems to never go out in your house? This lie is told to intimidate others and seem more privileged, it is unnecessary and of course a lie. Most people who tell this live use inverters and generators and they actually have power supply from the power holding companies.

“Sorry, I missed your call”, more like, I saw the call, I let it ring, I don’t wish to speak to you. a lot of times, people miss calls. Especially, people who are never with their phone or have it on silent or vibrate. However, it is a common lie people tell because it is easily believable, especially when you call back to apologise. The lie is common, horrible but gold. 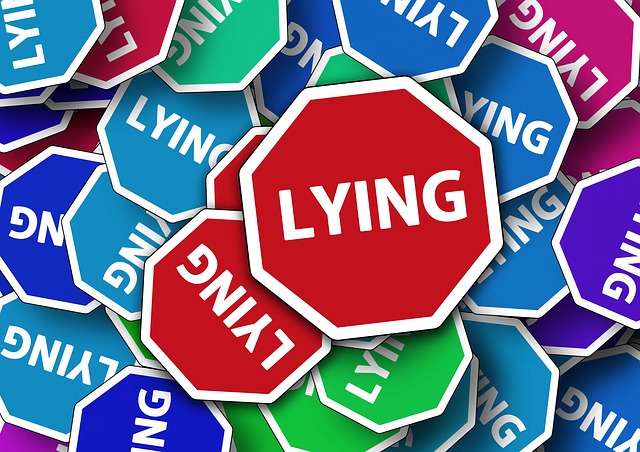 This particular lie has done a lot of damage, hurt a lot of people and saved a few. Everyone is entitled to a choice. They can choose if they wish to give or not. When someone tells you they do not have, it does not mean they’re indefinitely lying, however a lot of people lie in different situations that they do not have something or the other. When this statement is told as a lie, they simply do not want to give either because they genuinely do not want to help you, or you have overstepped your boundaries.

Every child that went to a form of boarding school in Nigeria can relate to this lie. In every dormitory, there is always that kid who has things in abundance and refuses to share under the guise that their mum has counted it. The lie is so silly and obvious, but it keeps the other kids from asking again, it always creates a bad impression of you. The next time someone tells you their mum has counted it, do not bother asking again, the individual simply does not want to share.

A lot of teenagers tell this lie because they know their parents will not let them out if they say otherwise. Most times they are going to a party, or a friend’s house truly, just not the friend you think they are going to see. When a girl tells this lie, she is probably going to see a boy and vice versa. When they add that they’re going to the library with a friend their parents are aware of or going over to study, the teenager isn’t, the teenager is going for a party or a hangout spot.

This lie deserves no words because it is legendary. You had to leave somewhere to get to your destination at a certain time, but you didn’t and are probably still where you ought to have left, to save face you tell the heavy lie “I am stuck in traffic”.

After a wild weekend, a lot of employees pull this stunt. It is always so convenient when they call up the workplace or send emails saying they’re sick and can’t make it to work that day. A lot of times, they are hungover or have an interview for another job.

Don’t wait, you’re not getting a callback. 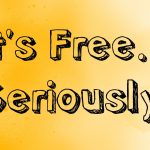 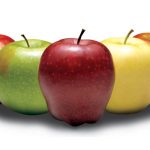