Pelvic pain: a sign of cervical cancer is the pelvic pain. The pelvis is the lower part of the trunk of the human body between the abdomen and the thighs. Pain in this part of the body can be very uncomfortable and excruciating because most movements involve the pelvic bone.

Along with these symptoms, it is also common to experience fatigue, nausea and weight loss.

The stage of cervical cancer is the most important determinant of treatment. Although, other factors can affect the choice of treatment. These factors include age, the location of cancer in the cervix, health, childbearing desires and type of cancer. In a realistic school of thought, the available resources and country will also play a role in determining your choice of treatment.

For women who no longer wish to bear children after the treatment, these are ideal. 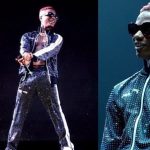