Matt Damon was born Matthew Paige Damon on the 8th of October 1970 in Cambridge, Massachusetts, USA. Also raised in Massachusetts, Matt Damon is an American actor, screenwriter and producer. His acting career began in theatre productions, his first film role came in 1988. It was until 1997 before he got his big break in ‘Good Will Hunting’, a film he wrote and starred in alongside Ben Affleck. Matt Damon has played numerous iconic roles in groundbreaking movies, the most prominent being Jason Bourne in the Bourne Franchise from 2002 to 2016. In his career that has spanned three decades, the actor has established companies and done a lot of charitable work, not to mention amazing voice-overs. His years of delivering stellar performances has bagged him numerous awards and recognition, including a star on the Hollywood Walk of Fame, Handprints and footprints in front of the Grauman’s Chinese Theatre, one Academy Award out of five nominations, two Golden Globe Awards from eight nominations, three British Academy Film Awards nominations and six Emmy Awards nominations.

Bruno Mars was born Peter Gene Hernandez on the 8th of October 1985 in Honolulu, Hawaii. Born to Peter Hernandez and Bernadette San Pedro Bayot, Bruno Mars was raised in the Waikiki neighbourhood of Honolulu. Bruno Mars is an American singer-songwriter, record producer, dancer and multi-instrumentalist. He sets any track and stage on fire. The talented musician moved to Los Angeles in 2003 to pursue his music career and he hit it big. He has worked with numerous headliners like B.O.B, Cardi B, Beyoncé, Travis McCoy and more. Bruno Mars’s music is heavily influenced by Elvis Presley. As a child, he would impersonate the late legend and even featured on a midweek show called ‘Little Elvis’. Mars came from a musical family, his mother a singer and dancer and his father, a rock and roll performer. At age 4. Bruno Mars was already performing in his family’s band five days a week. Other inspirations of Bruno Mars’s music include Jimi Hendrix, Sly Stone, Carlos Santana, Amy Winehouse, George Clinton, Usher and Cold Play. Bruno Mars has graced the music industry with numerous top hits like ‘Grenade’ and ‘Lazy Song’. He also has awards to show for it which include eleven Grammy Awards, eight American and Soul Train Music Awards, three Brit Awards, three Guinness World Record and more.

Bella Thorne was born Anabella Avery Thorn on the 8th of November 1997 in Pembroke Pines, Florida. She is an American actress and singer. Her father of Cuban descent and her mother of Italian ancestry, with English, Irish, German and Welch influences. Bella Thorne has four siblings and lost her father at a very young age in 2007, leaving her mum to fend for four kids. Bullied as a child because she was dyslexic, Bella started homeschooling. A star in the making, she began her career as a child model/actor to support her family because they did not have much. Bella Thorne gained prominence for her role as Cece Jones in Disney Production Shake It Up, starring alongside Zendaya. Bella Thorne is not just a star but a philanthropist.

Nick Cannon was born Nick Scott Cannon on the 8th of October 1980 in San Diego, California. Largely raised by his paternal grandfather, Nick Cannon is an American comedian, actor, producer, rapper, director, entrepreneur, record producer, screenwriter, film producer and radio and television personality. Super successful, at some point or the other, many kids thought Nick Cannon owned Nickelodeon. The superstar got his first break as a stand-up comedian on his dad’s local cable access programme. His TV career began starring on All That before going on to host The Nick Cannon Show and Wild ‘n’ Out which was and still is a huge success. Nick Cannon has excelled in both the entertainment and business industry. In 2008, he married legendary singer Mariah Carey with whom he has twins, Monroe and Moroccan Scott Cannon. During this course of this marriage, Canon feuded with Eminem over remarks made towards his then wife in a song to which Mariah responded with a track and visuals titled ‘Obsessed’. In 2014 the paid divorced and it was finalised in 2016. Between 2014 and 2017, Nick Cannon experienced health setbacks twice due to lupus and in this time urged teens to take actions in the betterment of their community.

Barbara Palvin was born on the 8th of October 1993. She is a Hungarian model discovered on the streets of Budapest at the age of 13. She was the 2016 Sports Illustrated Swimsuit Issue “Rookie of the Year”. When she was discovered she shot her first editorial for Spur Magazine after which, she moved to Asia where her career advanced. In her career time she has featured on the covers of L’Officiel (Paris, Russia, Turkey, Thailand, Singapore), Vogue (Portugal), Marie Claire (Italy, Hungary), Glamour Hungary , Elle (Britain, Italy, Korea, Brazil, Argentina, Sweden, Serbia, Hungary), Allure, Harper’s Bazaar and Jealouse Magazine. She has also been in campaigns for Victoria Secret, Pull & Bear, H&M and Armani Exchange. 2012 was a big year for Palvin as she became an ambassador for L’Oréal and in 2016 she was featured in the Sports Illustrated Swimsuit Rookie Class. It didn’t stop there, she became the face of Amazon Fashion, appearing on Chaos and Express campaigns and even became the face of Armani’s signature scent “Acqua di Gioia.” Barbara Palvin made her runway debut during the Milan Fashion Week 2010 for the prestigious fashion brand, Prada. She has also walked for Chanel, Etro, Louis Vuitton, Nina Ricci, Miu Miu, Julien MacDonald, Emanuel Ungaro Jeremy Scott, Giles Deacon, Christopher Kane and Vivienne Westwood. This stunning beauty hasn’t only graced the cover of magazines and runways, she graced the film industry too. Barbara Palvin starred as the mythological queen Antimache in the 2014 release of Hercules. 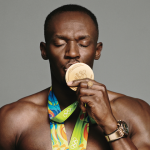 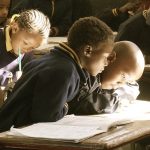