Toyota Motor Corporation, often called Toyota, isa Japanese automobile company and by far the most common car brand in Nigeria. It wouldn’t be an exaggeration if we say that any Toyota model can be found in this country. The multinational automotive manufacturer headquartered in Toyota, Aichi, Japan and as at 2017, Toyota’s corporate structure consisted of 364,445 employees worldwide. As of October 2017, Toyota was listed as the 5th largest company in the world by revenue. Producing more than 10 million cars a year for almost 6 years, Toyota has blessed Nigerian roads with legendary cars such as big daddy, big for nothing, muscle Toyota Camry, Toyota Venza, Prado, Toyota Highlander and more. Toyota cars make up roughly about 15% of Nigerian traffic, especially Lagos. One reason Nigerians opt for this car is that it is affordable, beautiful, durable, with a good resale value no matter how old. The company was founded by Kiichiro Toyoda in 1937, as a spinoff from his father’s company Toyota Industries to create automobiles.

Honda Motor Company, Ltd, is a Japanese public multinational conglomerate corporation primarily known as a manufacturer of automobiles, aircraft, motorcycles, and power equipment. The company was founded by Soichiro Honda. Focusing on the automobiles, Honda is the second most common car brand in Nigeria. The Honda models are great and have been given funny nicknames in the country, the funniest joke of all is the fact that Honda cars have awful tie rods. Mechanics often joke that their regular commissions are for Honda vehicles. This great company that gave us end of discussion, discussion continue and, evil spirit the Honda Accord, Honda became the second-largest Japanese automobile manufacturer in 2001. Honda was the eighth largest automobile manufacturer in the world behind Toyota, Volkswagen Group, Hyundai Motor Group, General Motors, Ford, Nissan, and Fiat Chrysler Automobiles in 2015. Honda was the first Japanese automobile manufacturer to release a dedicated luxury brand, Acura, in 1986.

Nissan Motor Company Ltd usually shortened to Nissan is a Japanese multinational automobile manufacturer headquartered in Nishi-ku, Yokohama. The company sells its cars under the Nissan, Infiniti, and Datsun brands with in-house performance tuning products labelled Nismo. The company traces its name to the Nissan zaibatsu, now called Nissan Group. Although Nigerians do not have a funny name for car models of this brand, the brand is heavily patronised by the nation’s people. This is because Nissan cars are affordable, durable, its spare parts are common, and it is not expensive to maintain. Nissan ranks among the world’s top 10 largest car manufacturers and is the world’s largest electric vehicle (EV) manufacturer, with global sales of more than 275,000 all-electric vehicles as of mid-December 2016. In January 2018, Nissan CEO Hiroto Saikawa announced that all Infiniti vehicles launched from 2021 will be hybrid vehicles or all-electric vehicles. In the early 2000s, the Nissan Primera stole the show in Nigeria, however, today, the Nissan Pathfinder and Nissan Altima are the new cool kids on the block

The Mercedes brand is an expensive one, you would think that the cars would be scarce, however, the Mercedes is slowly catching up to the Toyota as the most common car in Nigeria. With the advent of the G-Wagon, yahoo boys and the likes, the Mercedes is a sign of arrival and affluence. The Mercedes-Benz is a global automobile marque and a division of the German company Daimler AG. The brand is known for luxury vehicles, buses, coaches, and lorries. The headquarters is in Stuttgart, Baden-Württemberg. The name first appeared in 1926 under Daimler-Benz. Mercedes–Benz traces its origins to Daimler-Motoren-Gesellschaft’s 1901 Mercedes and Karl Benz’s 1886 Benz Patent-Motorwagen, which is widely regarded as the first gasoline-powered automobile. The slogan for the brand is “the best or nothing”. The brand really does give its customers the best or nothing. Model after model, the Mercedes-Benz brand has taken the world from the golden era of the popular V-boot and Mercedes 190¸popularly called the Baby Benz, to the G-Wagons, premium C-class, S class, E class and sprinters. Its everyone’s dream car.

Kia Motors was not a common car brand in Nigeria until less than a decade ago, when a large number of expatriates in the country, brought in the Kia vibe. Kia Motor Corporation, headquartered in Seoul, is South Korea’s second-largest automobile manufacturer, following the Hyundai Motor Company, with sales of over 3.3 million vehicles in 2015. Kia was founded in December 1944 as Kyungsung Precision Industry, a manufacturer of steel tubing and bicycle parts, eventually producing Korea’s first domestic bicycle, the Samchully, in 1951. In 1952, Kyungsung Precision Industry changed its name to Kia Industries. When Kia first arrived Nigerians, the people tagged it inferior, because of the quality and ‘expatriate cars’ because almost every Asian expatriate uses a Kia. With time, the newer and fresher models gained prominence in the marking and being easily affordable with service stores set up around the country, the people began to warm up to the new face of the Kia brand. The cars are unbelievably affordable and though not the most common, they are becoming more common as the days go by.

Hyundai is the car every child confuses with Honda. The Hyundai Motor Company is a South Korean multinational automotive manufacturer headquartered in Seoul, South Korea. The company was founded in 1967 and, along with its 32.8% owned subsidiary, Kia Motors, and its 100% owned luxury subsidiary Genesis Motors, altogether comprise the Hyundai Motor Group. It is the third largest vehicle manufacturer in the world. With 75,000 employees worldwide, Hyundai operates the world’s largest integrated automobile manufacturing facility in Ulsan, South Korea, which has an annual production capacity of 1.6 million units. In literal terms, Hyundai used to be ugly. As kids aged, the idea was that Hyundai was a dupe for Honda, however, information has changed that. Apart from the fact that this car brand is very common, another common thought is how to pronounce the brand name. It is rumoured that the elite say ‘Yun-day’ and the locals say ‘Hi-yon-die’, the correct pronunciation is ‘Hyŏndae’. 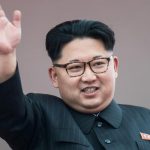 Youngest Presidents in the World 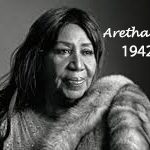