Children’s books play a large role in Nigerian literature and literature as a whole. It does not just promote reading amongst children but it promotes certain values. There are many popular children’s books and more importantly books used by Nigerian children back in the day and even today. These books were either menaces or promoters of our play time and mental desires. These books are legendary.

This very book was a menace to every Nigerian child’s life. Every year of elementary school saw a new face of mathematical evil. It never got easier, only harder. It wasn’t on common for classmates to silently compete for the highest score, but realising you got almost every answer incorrect just made kids want to get to secondary school as fast as they can. We all just wanted to be done with quantitative reasoning. The only good thing was that the book didn’t have long questions all you had to do was decipher the sequence and fill in the gaps. The solve the questions you had to think fast and deep, basically, you have to reason.

The verbal reasoning was another book Nigerian children used growing up. Also, by lantern, the book was focused on the verbal learning. Everyone liked verbal reason because you did not have to calculate, and the questions were quick and easy. The basic goal of the lantern books is to sharpen a child’s intellect enabling to pass common aptitude tests through different exercises, in this case, it is verbal.

“The Gods are Not to Blame” by Ola Rotimi is one Nigerian literature piece that transcends school was. It has been adapted to plays and films over the years and remains one of the best stories read in school. This book was used by almost every Nigerian student used this book at some point in time in their literature class. The tale focuses on a man, Odewole with a destiny of doom. Born to a royal family, the Ifa priest reveals that the child would bring woe to his family. If allowed to live, Odewole would kill his father and marry his mother. All were believed to be at peace when the guards were sent to kill the child, however, they didn’t, he was abandoned instead, and the prophecy prevailed. The book was a lovely read and a favourite among students.

You cannot go through a typical Nigerian school without reading ‘Things Fall Apart’ by Nigerian author Chinua Achebe. Published in 1958, the story centres on pre-colonial life in eastern Nigeria and the arrival of the British colonial masters. The major focus of the book is Okonkwo, an Igbo man and local wrestling champion in the fictional Nigerian clan of Umuofia. The book was and is still widely read across Africa and is a staple in schools’ literature syllabus.

If you wish to pass your common entrance you need to purchase the Ugo. C. Ugo text book. This book came highly recommended every year because it was filled with practise questions for all three subjects required during the yearly common entrance exams, maths, English and science. The Ugo C. Ugo textbooks are big and surely heavy. Those three editions are all you need to successfully ace your exams. This book has served the Nigerian student for years and years and is still a popular choice today.

This book was and still is one of the outlined pieces of literature for literary studies in Secondary School. It is also the introduction of Chimamanda Adichie to so many people. Published by Algonquin Books in 2003, the setting of “Purple Hibiscus” by Chimamanda Ngozi Adichie is in postcolonial Nigeria, a country plagued by political instability and economic difficulties. The main character Kambili Achike, aged fifteen for much of the period covered by the book is a member of a wealthy family dominated by her devoutly Catholic father, Eugene. Eugene is both a religious zealot and a violent figure in the Achike household who subjects his wife Beatrice, Kambili herself, and her brother Jaja to beatings and psychological cruelty.

“Eze Goes to School” is exactly what the title says it is, Eze did go to school. It is a book written for children to relate to. Such books usually imbibed moral lessons and values for children to read and learn. In an interview, Onuora Nzekwu revealed that his reason for writing the book was because there weren’t many books about children at the time. He really did one for Nigeria’s literature history.

Understanding Mathematics was a plague in primary school. The not so artistic black and red-bordered textbook was not bulky, but the mathematical operations within the book could take a toll on a little child’s brain, not literally. The textbook questions from the different topic with easy to understand topics. When a teacher had no assignment to give to the students, questions from Understanding Mathematics came in handy.

The Tempest was written by the father of literature, William Shakespear, however, you most likely already knew that. Most students didn’t like this piece of work because dealing with Elizabethan English is a huge task on its own. According to Wikipedia “It is set on a remote island, where the sorcerer Prospero, rightful Duke of Milan, plots to restore his daughter Miranda to her rightful place using illusion and skilful manipulation. He conjures up a storm, the eponymous tempest, to cause his usurping brother Antonio and the complicit King Alonso of Naples to believe they are shipwrecked and marooned on the island.” No wonder reading it was a chore.

The Lion and the Jewel by Noble Laurette Wole Soyinka is a play first performed in 1959 and was published in 1962 by Oxford University Press. Do you remember Sidi, Lakunle and Baroka? The story tells the tale of how Baroka, the lion, battles with the modern Lakunle over the right to marry Sidi, the titular Jewel. Lakunle is portrayed as the civilized antithesis of Baroka and attempts to make his community more modern and change its social conventions for no reason other than the fact that he can. In this play, an emphasis is placed on the theme of the corrupt African culture and urges the youth to embrace the core of African culture. This play was a core focus for literature students in most schools in Nigeria, making it a memorable one for Nigerians today.

The Trial of Brother Jero by Wole Soyinka is a satire centred on a fake prophet. First performed in Ibadan, Nigeria, the themes of the play include romantic betrayal; religious hypocrisy; the scepticism over the use of religion. Brother Jero, the main character, is an evangelical prophet practising along a large beach in Lagos, Nigeria. Despite his supposed holiness, he often takes advantage of people. Though he can be described as opportunistic and largely dishonest, Jero is also a product of the ignorant people that surround him. Just like the self-acclaimed prophets of today, Jero understands what people want and is willing to offer them captivating “prophecies” to reaffirm their deepest desires. This play may have been a pain to analyse back in the day, but it is one literary work Nigerian students will not forget in a hurry. 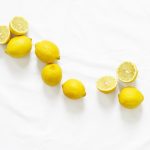 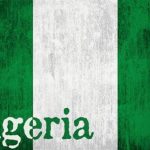